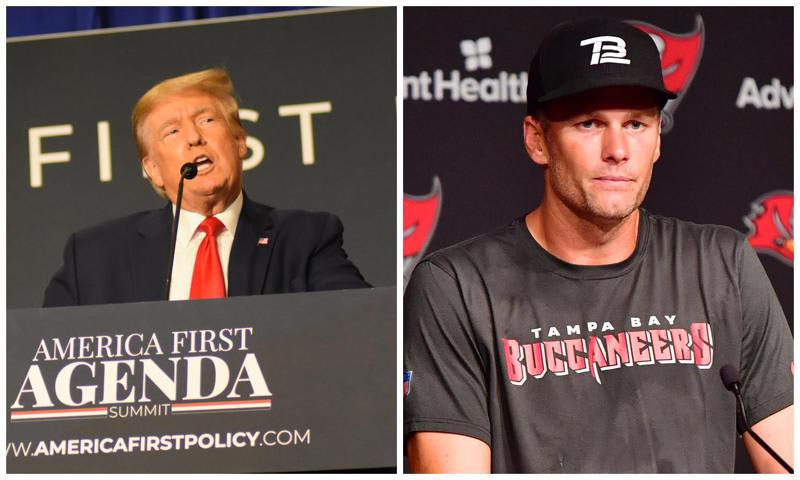 Donald Trump and Tom Brady have a history. Apparently, Trump likes Brady so much, he would have loved if he had ended up marrying his daughter, Ivanka Trump.

In an excerpt from Jared Kushner’s upcoming memoir, “Breaking History: A White House Memoir,” Kushner discussed the early days of his relationship with Ivanka, including an exchange he had with Donald Trump where Tom Brady’s name was brought up.

The excerpt was obtained by forward and it discusses a moment when Kushner and Ivanka Trump’s relationship was becoming more serious. “I could feel my voice shake as I managed to say that Ivanka and I were getting more serious and that she was in the process of converting,” Kushner wrote. “Well, let me ask you a question,” Trump replied. “Why does she have to convert? Why can’t you convert? Kushner explained that Ivanka wanted to change religions on her own, to which Trump said, “That’s great. Most people think I’m Jewish anyway. Most of my friends are Jewish. I have all these awards from the synagogues. They love me in Israel.”

After that exchange, Trump implied that Tom Brady was interested in Ivanka. While Brady and Ivanka have made it clear that there was not a relationship between them, Trump appears to have really wanted the two to date over the years.

“Tom Brady, the quarterback, is somebody that really likes Ivanka and he’s a great guy and I got to know him at the Miss Universe contest,” said Trump in an interview with Howard Stern, in 2004. When asked if Brady was dating Ivanka , Trump said, “Well, it could happen. I mean, he’d like to, and we’ll see.”

Years later, when Trump was in the White House, a report from New York Times says that he still brought up Tom Brady in conversations. “Several times Mr. Trump joked that he “could have had Tom Brady” as a son-in-law. ‘Instead,’ the president said, according to five people who heard him, ‘I got Jared Kushner,’” reads the report.

Despite Trump’s wishes, it appears Ivanka and Tom Brady were never interested in each other. When asked about the matter in an interview with Howard Stern, Brady cleared the record. “That was a long time ago in my life, so … No, there was never that where we ever dated or anything like that,” he said of Ivanka. “He never suggested that to me … look it all worked out for me anyway, I married the woman of my dreams,” he said, referring to his wife, Gisele Bündchen. “I think I married the most amazing woman, so I have no regrets.”

Sign up to our newsletter to stay in touch with your culture. Get the latest on your favorite celebrities, royals, and the best beauty, fashion, and lifestyle news delivered right to your inbox!