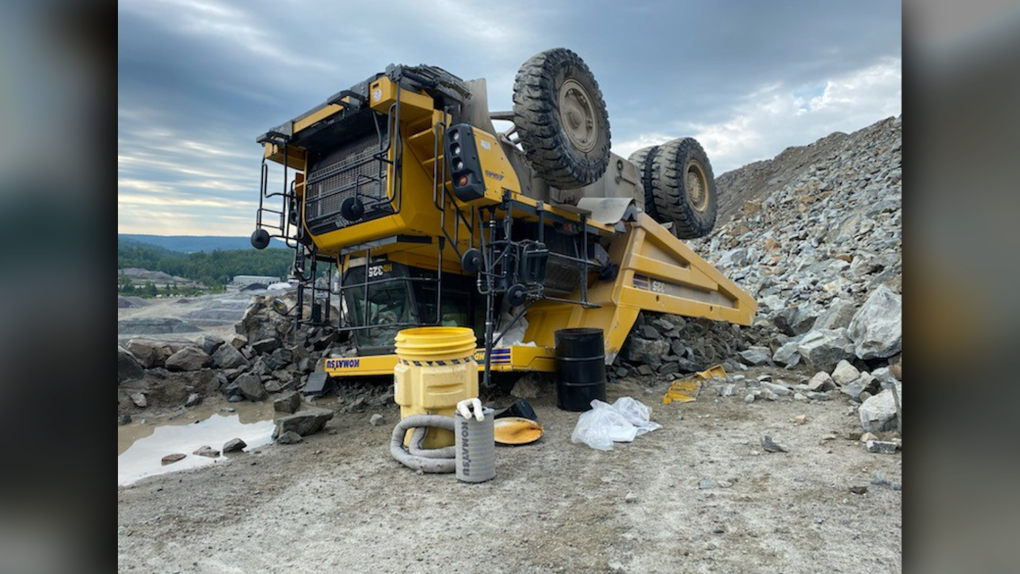 A 45-YEAR-OL MAN WAS TREATED FOR MINOR INJURIES AFTER HIS DUMP TRUCK OVERTURNED AT A QUARRY IN WESTERN QUEBEC.

The Mrc des Collines-de-l’ouutaouais police responded to an incident at a quarry in the edelweiss sector of the peche at approximately 8 am Thursday.

“The Truck, Which Was Downhill and Loaded, Hit Rocks Along The Road and The Overturned,” Police Said.

The Driver, 45-Yare-Old Man from Quebec City, was Transported to Hospital For Treatment.

Police Say Cnesst Investigators were on the Scene Thursday to investigate.