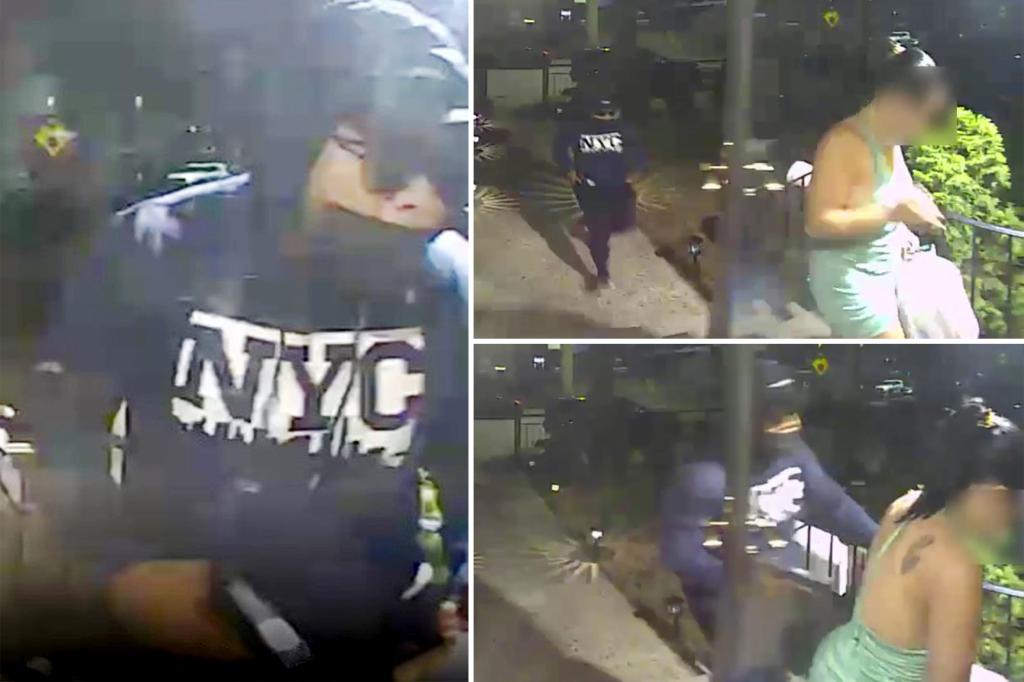 A brazen duo forced a woman into her Queens home at gunpoint and tied her up before stealing thousands of dollars in cash and jewelry, according to cops and a new video.

One of the crooks brandished a black automatic firearm and warned, “Don’t yell, just open the door,” as the 32-year-old victim returned to her Rosedale home from shopping around 9 pm Aug. 10, footage released early Friday shows.

The woman compiled out of fear for her safety, cops said.

Once inside the home — which is located at 249th Street and 147th Avenue — one of the thugs hit the woman in the face and tied her hands and feet together, cops said.

The invaders also grabbed the woman’s iPhone 12 before fleeing.

The woman managed to free herself after the terrifying robbery and saw the suspects getting into a white Toyota SUV, last seen heading north on 249th Street.

The victim refused medical attention for minor pain and swelling to her face.

One of the suspects is described as about 6 feet tall, last seen wearing dark glasses, a surgical mask, a dark baseball cap, dark pants, dark sneakers and a dark hoodie with the letters NYC in white on the front.

The second suspect is also about 6 feet tall. He too wore dark pants as well as a black T-shirt and a dark hoodie.