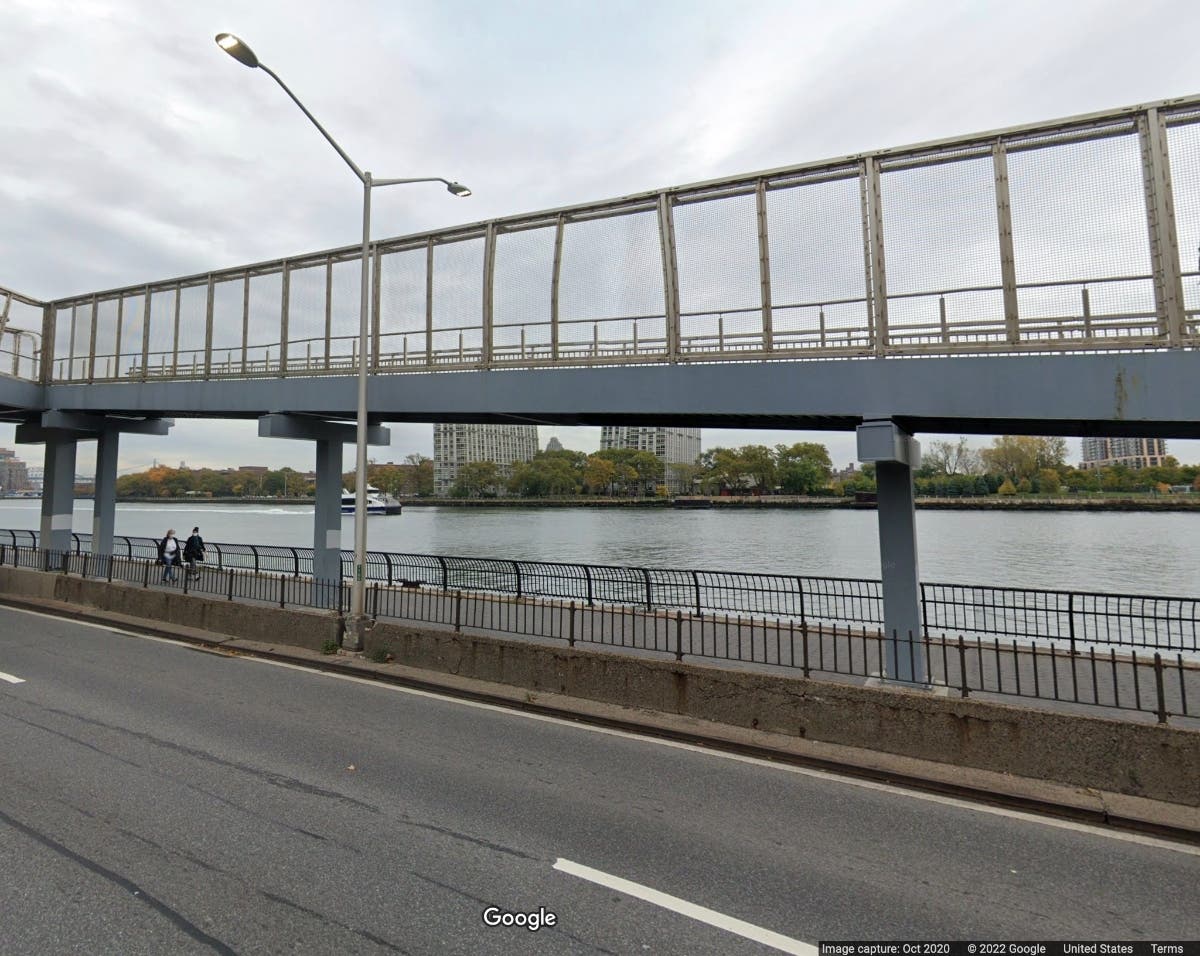 UPPER EAST SIDE, NY — Workouts with a river view will soon be possible on the Upper East Side, as fitness equipment has been added to a plan to renovate a six-block stretch of the East River Esplanade.

The Hospital for Special Surgery announced plans for the equipment at a community board meeting on Thursday, as it shared updates on its plans to refurbish the walkway between East 72nd and 78th streets.

Those renovations began earlier this spring, coinciding with HSS’s construction of a new 12-story building that will soar over the FDR Drive at East 71st Street. In addition to sprucing up pathways and adding chairs and plantings, HSS now plans to build the mini-gym beneath the ramp of the pedestrian footbridge at East 78th Street, representatives told Community Board 8.

It will include a sit-up bench, an arm bike machine, a set of steps, a site for resistance bands, a vertical chest press, pull-up bars, and parallel bars. (The latter three items will be ADA-accessible.)

“We’ve been begging for fitness equipment forever and ever,” said Jennifer Ratner, founder of Friends of the East River Esplanade, during the meeting. “We’re so thrilled that it’s actually happening.”

Last April, Ratner’s group awning CB8 about the need for fitness equipment, showing photos of East Siders who had resorted to “dangerous” makeshift setups like bungee cords stretched from a basketball hoop at Carl Schurz Park, or ropes dangling from the Alice Aycock Pavilion on East 60th Street.

Its placement under the footbridge ramp will help shelter users from the elements, according to Andrew Moore, a landscape architect with Quennell Rothschild who shared the plans last week.

Board members applauded the additions, though some said the renovations only underline the need for more security cameras to be installed on the Esplanade — a longstanding demand from neighbors, who say the heavily-trafficked walkway has almost no surveillance.

In late March, the Esplanade between around East 70th and 72nd streets began a roughly six-month closure as HSS begins excavation and foundation work on the new tower nearby. Soon, the hospital will begin demolishing the pedestrian footbridge at East 71st Street, with plans to replace it with a temporary ramp around May, according to HSS.

The hospital plans to share updates about its new building construction via email, and neighbors can send questions to publicrelations@hss.edu.