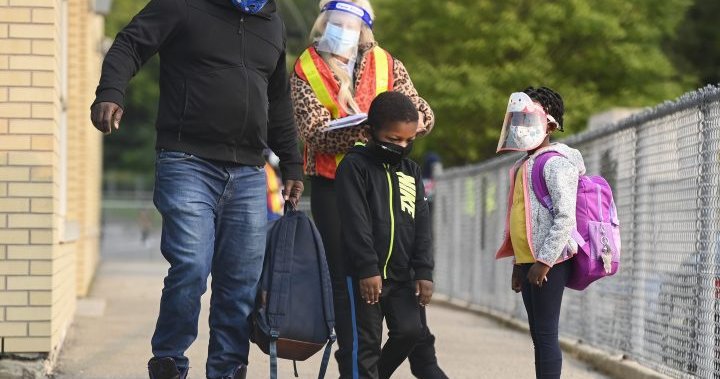 A Toronto education union is sounding the alarm bell, warning of cuts to staffing at the province’s largest school board and demanding the PCs and the Ontario Liberals commit to additional school funding.

The Toronto Education Workers — Canadian Union of Public Employees Local 4400 — said it expected to see the Toronto District School Board (TDSB) dramatically cut the number of lunchtime monitors it employs next year.

“At a time when the Toronto District School Board should be hiring more lunchroom supervisors, these bosses who are up for re-election this fall are talking about significant cuts,” said John Weatherup, president of the Toronto Education Workers, referencing the trustees who govern TDSB.

Lunchtime supervisors work for 75 minutes per day, according to the union. Their role helps allow teachers and other school staff to take their breaks.

The union said it feared 300 lunchtime supervisors would be cut in the 2022-2023 school year by the TDSB.

A spokesperson for the TDSB told Global News that the TDSB hired 345 lunchroom supervisors using funding from the Ministry of Education that was earmarked to run for two years. That fund will expire at the end of August and the board will use one-time COVID relief dollars to bridge the gap, the spokesperson said.

The COVID-19 recovery funding will allow the board to keep around 200 of the 345 lunchtime hires next year. Many of the roughly 150 jobs that need to be cut will be “attained through attrition or recalled at the beginning of the new school year,” the board said.

The union urged parents to raise concerns with trustees and Ontario election candidates of the provincial ballot on June 2.

“Cuts reducing the number of lunchroom supervisors who protect your kids is another symptom of Doug Ford’s PC Party government bragging, just like the Liberal government before it, that Canada’s richest province spends less per capita on public services than any other province in the country, Weatherup said.

TDSB said it expected to see enrollment in elementary schools drop by around 4,000 students next year.

“The board — which is funded based on enrollment — would require fewer Lunchroom Supervisors as a result,” the spokesperson said.