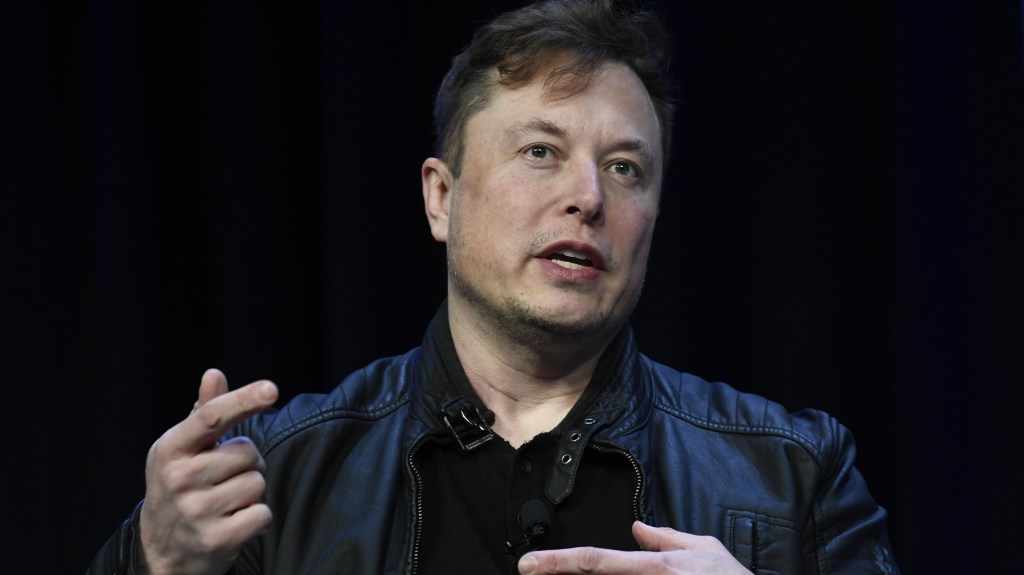 Right on the heels of the news that Elon Musk is nearing a deal to buy Twitter, a television documentary about the polarizing businessman has been announced to premiere this May.

Titled “Elon Musk’s Crash Course,” the upcoming film is the latest in FX and The New York Times’ collaborative documentary series “The New York Times Presents,” which provides in-depth looks at prominent people and events, ranging from Janet Jackson to Juul to the 2020 Australian bushfire disasters. The series is best known for its two in-depth films about Britney Spears, “Framing Britney Spears” and “Controlling Britney Spears,” which helped contribute to the eventual end of the singer’s conservatorship.

Directed by Emma Schwartz, “Elon Musk’s Crash Course” is an exposé into Musk’s company Tesla, and its work on self-driving cars. Featuring the reporting from Cade Metz and Neal Boudette of The New York Times, the film will dive into how Tesla’s Autopilot program has resulted in several deaths that Musk and the company has yet to publicly acknowledge, and details Musk’s efforts to kill government investigations into the incidents. Several former Tesla employees will be featured in the documentary, speaking out against Musk for the first time.

“Elon Musk’s Crash Course” will premiere May 20, and will stream simultaneously on FX and Hulu.

HBO and A24’s upcoming limited series “Irma Vep” will debut on June 6 at 9 pm ET/PT, in addition to streaming on HBO Max. Prior to that, the series will premiere as an official selection at the Cannes Film Festival, which begins May 17. Written and directed by Emmy nominee Olivier Assayas, the series stars Oscar winner Alicia Vikander as Mira, an American movie star who is struggling in her career from her. After a recent breakup, she moves to France to star in a remake of the French silent film “Les Vampires,” and struggles as fiction and reality blur together. The series also stars Vincent Macaigne as René Vidal, Jeanne Balibar as Zoe, Devon Ross as Regina, Lars Eidinger as Gottfried, Vincent Lacoste as Edmond Lagrange, Nora Hamzawi as Carla, Adria Arjona as Laurie, Carrie Brownstein as Zelda, Tom Sturridge as Eamonn , Byron Bowers as Herman, Fala Chen as Cynthia Keng, Hippolyte Girardot as Robert Danjou, Alex Descas as Gregory Desormeaux, Antoine Reinartz as Jeremie. The series is executive produced by Assayas, Vikander, Sylvie Barthet, Daniel Delume, Ravi Nandan, Hallie Sekoff, Kevin Turen, Stuart Manashil, Sam Levinson and Ashley Levinson.

The Eurovision Song Contest — which was recently adapted Stateside as “American Song Contest” — is coming to Canadian audiences via Insight Productions and the former producers of the annual show. “Eurovision Canada” will debut in 2023, welcoming musical artists and bands from each of the country’s 10 provinces and three territories. The launch was revealed on Monday by “Eurovision Canada” rights owners and ASC Inc. producers Anders Lenhoff, Christer Björkman, Ola Melzig, Peter Settman, Greg Lipstone; Insight CEO and Chairman John Brunton; and Eurovision Canada showrunner and Insight executive Lindsay Cox. The format of the show positions the artists head-to-head against other provincial/territorial representatives in a series of televised qualifier competitions, leading to a semi-final and the ultimate primetime grand finale.

Tony Sabistina has been tapped to serve as senior vice president of development at Tomorrow Studios. Prior to joining the company, he served as head of scripted development at Gaspin Media, working on shows such as “The First Lady,” “LA’s Finest” and “Tinder Swindler.” At Tomorrow Studios, he will develop programming for the company with a focus on global content, and will work closely with CEO Marty Adelstein and president Becky Clements.

(Manori Ravindran contributed to this report.)