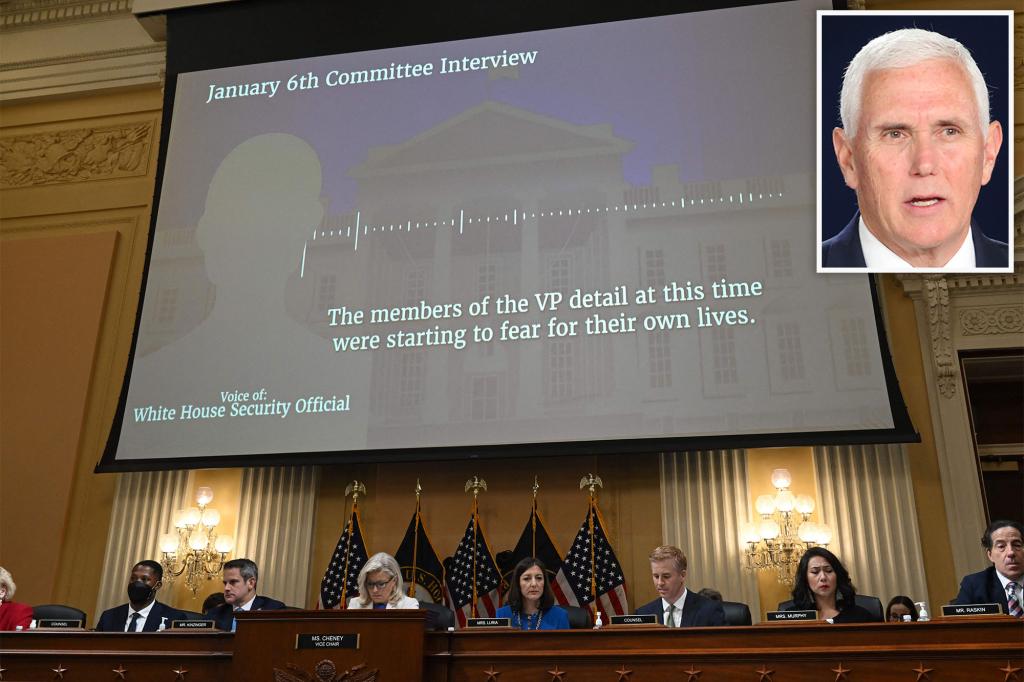 Members of Mike Pence’s Secret Service detail phoned loved ones to say their final farewells on Jan 6, 2021 as rioters called for Pence’s head came within feet of the former vice president, it was revealed on Thursday.

The agents feared for their lives as they made a frantic effort to evacuate Pence from the Senate chamber while angry rioters called for the vice president to be hung.

“The members of the VP detail at this time were starting to fear for their own lives,” an unidentified security official told the select panel investigating the Capitol riot.

“There was a lot of yelling, a lot of very personal calls over the radio, so it was disturbing. I don’t like talking about it,” he testified.

The agents protecting Pence were preparing for a potential clash with the rioters when they placed the desperate phone calls.

“There were calls to say goodbye to family members,” he continued. “For whatever the reason was on the ground, the VP detail thought that this was about to get very ugly.”

He added: “We came very close to either Service having to use lethal options or worse.”

As Pence was held in an office off the Senate floor at 2:13 pm, a female agent was heard saying on the radio: “They gained access to the second floor and they are about five feet from me down below.”

“If we lose any more time, we may lose the ability to leave, so if we are going to leave, we need to go now,” another agent recalled.

Security footage showed the corridors of the building filling with smoke as the tension grew.

The panel’s eighth hearing on Thursday focused on former President Donald Trump’s failure to call on the rioters to leave the Capitol for more than three hours after the building was breached.

The select panel said hearings will be scheduled for September after lawmakers spend next month organizing an abundance of new evidence about the former president’s role in the riots.