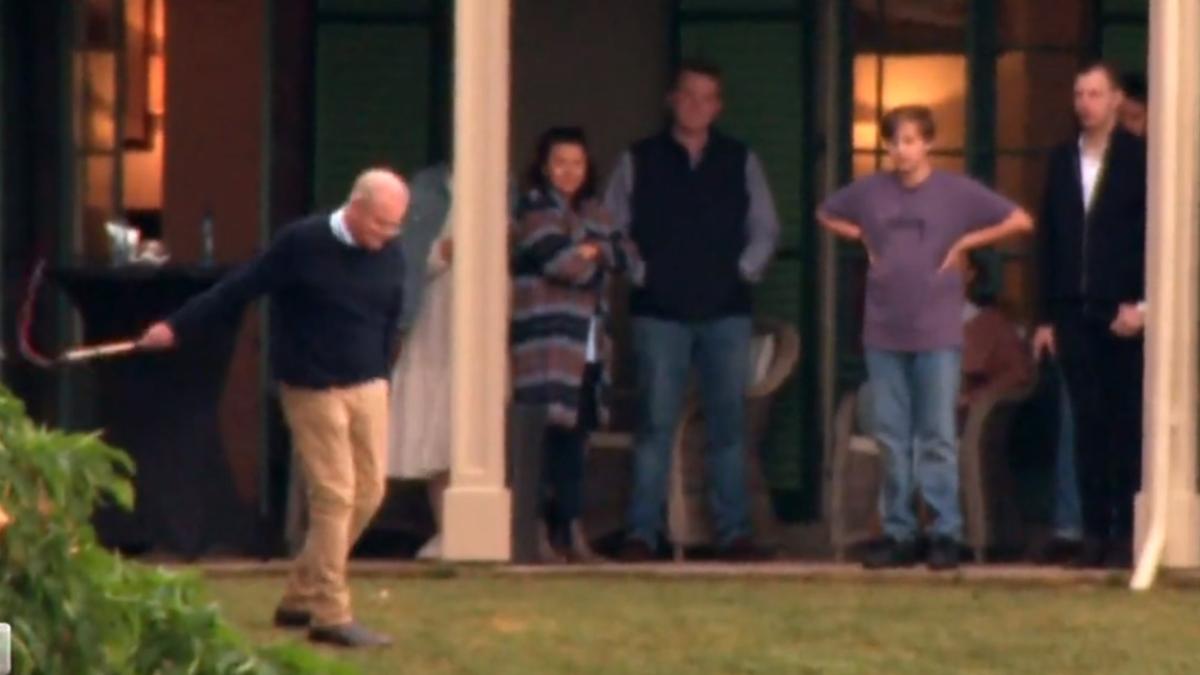 Outgoing Prime Minister Scott Morrison could do nothing but sink a beer — following a church crying sesh — after losing the Federal election by a country mile.

In images taken at Kirribilli House, Mr Morrison can be seen mingling over drinks.

He was even captured cracking a whip in front of a small audience.

More than two dozen guests were spotted with Mr Morrison—many of whom have strong ties to the Liberal Party.

The former Liberal leader was wearing brown pants, a blue shirt and a dark jumper.

According to reports, those near the house heard cheers as Mr Morrison and co had one last hurrah.

It comes after he was videoed speaking on stage at Horizon Church in Sydney earlier on Sunday.

“Jenny and I and the girls are very grateful to our church family here,” Mr Morrison began.

“You’ve given us a great foundation from which we could walk, what has been a very difficult walk I gotta (sic) tell ya.”

Mr Morrison said people were called to “trust and obey” in different vocations, adding that’s “how we live our faith”.

The former Liberal Party leader paused for a moment, becoming emotional when talking about “expressing” one’s purpose through their job.

The congregation then clapped before Mr Morrison continued: “I’m very pleased that the last thing I say as PM is here”.