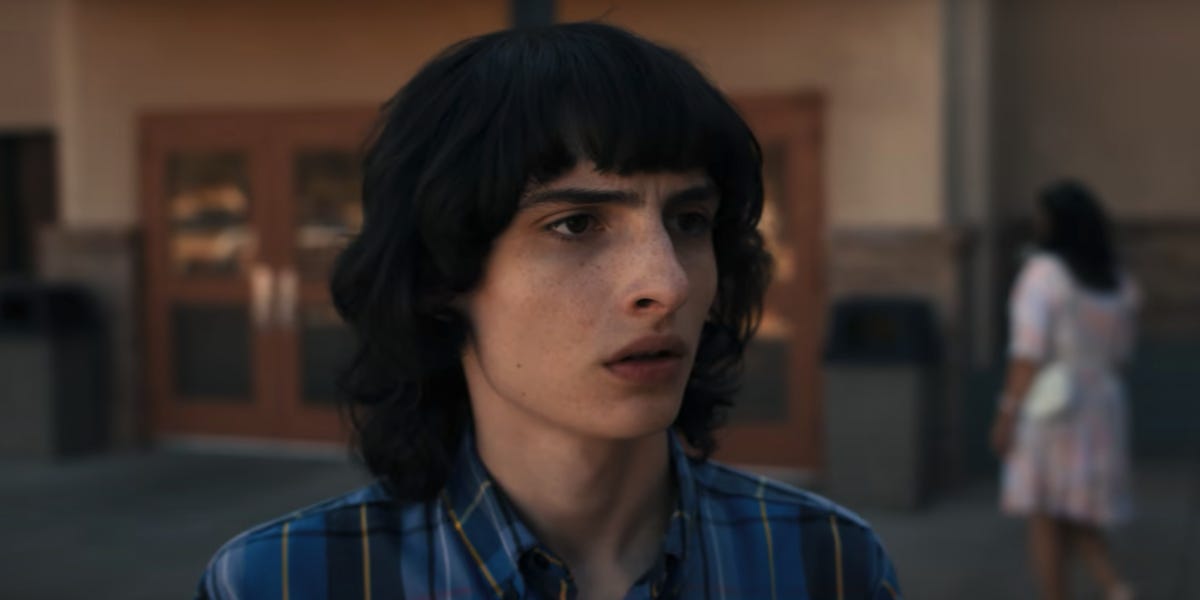 Finn Wolfhard said that season four of “Stranger Things” is darker than its predecessors, but does so naturally along with its aging cast who are no longer children.

The fourth season of “Stranger Things,” which premieres Part 1 on May 27, sees the show’s characters spread across the globe from Hawkins, Indiana to California to the Soviet Union. But that doesn’t mean that they’ll be able to avoid the next horrific, malevolent threat from the Upside Down.

“I think inherently it becomes darker every season,” Wolfhard said at a June 2021 set visit roundtable, according to Polygon. “It gets funnier, gets scarier, gets more dramatic. And I think that just comes with all of us growing up and getting older. We’re not all going to be in like mop top wigs, and we’re like, 40 years old, like screaming about like, demogorgons and stuff.”

The show first premiered in July 2016, when its young cast members were in their tweens. Now, they’re aging past their characters in the show, who remain in high school even as cast members like Wolfhard, Millie Bobbie Brown, Noah Schnapp, Caleb McLaughlin, and Gaten Matarazzo become adults.

“I think this is like a very good example of the Duffers really treating our characters like their ages,” Wolfhard said, according to Polygon. “And I like to compare it to Harry Potter — like Harry Potter as those movies went on, the darker they went. And that’s kind of where we’re at now. It’s a perfect progression in my opinion.”

At the same roundtable, according to Collider, Wolfhard said that the Duffer brothers — the showrunners of “Stranger Things” — “love evil, dead stuff,” but couldn’t necessarily go all the way in during the show’s first season.

“I feel like if they could have gone darker the first season, they would’ve,” Wolfhard said, according to Collider. “The Duffers love dark. They love horror stuff. They love evil, dead stuff, and I think they had to prove themselves and have all audiences be able to watch it and not be too safe.”