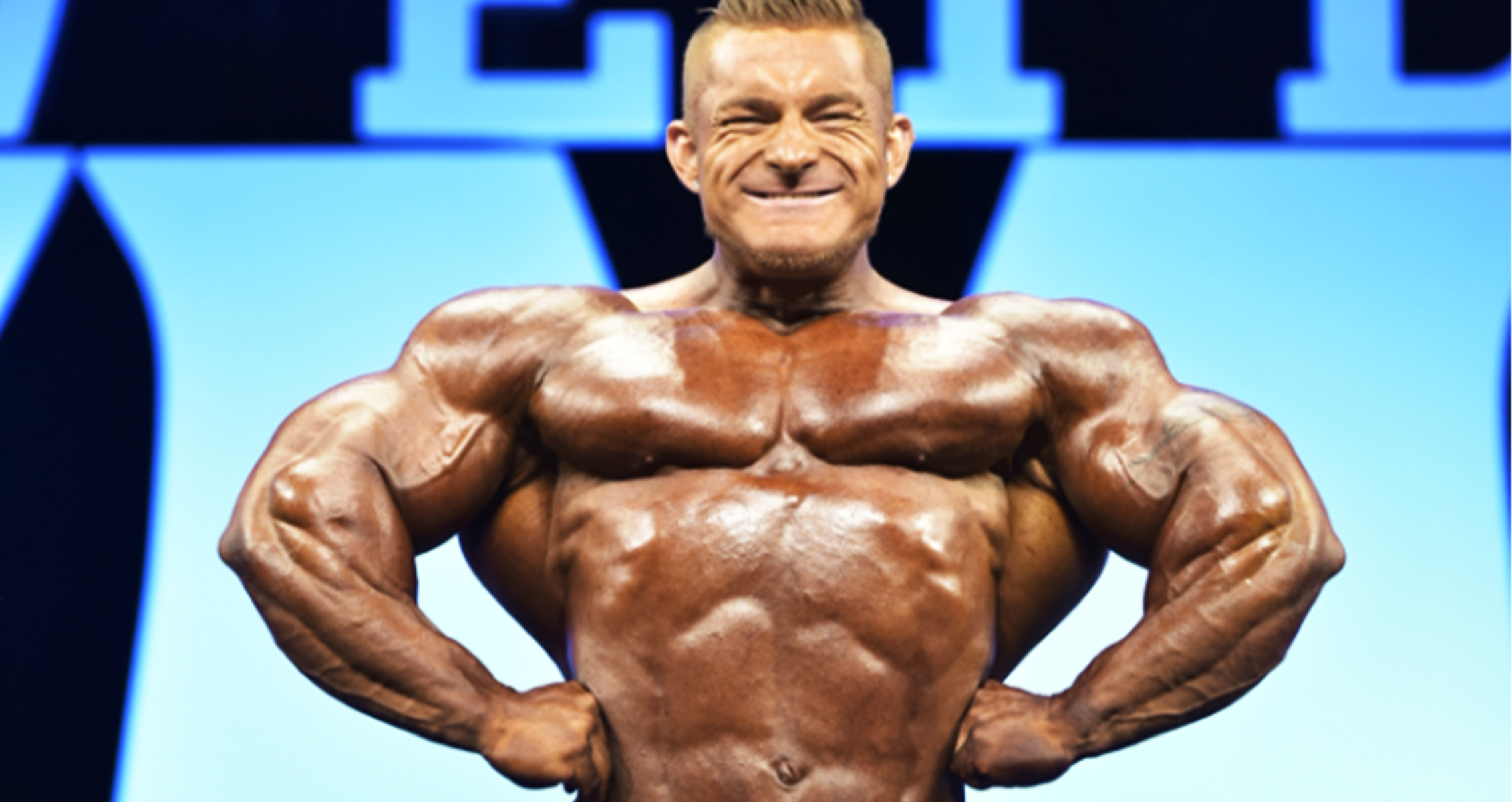 Flex Lewis has decided to “hang up his posing trunks” after a legendary career.

flex lewis launched the first episode of his Straight Outta The Lair podcast on Friday morning. Joined by his wife, Ali, Lewis discussed many topics including bodybuilding and his family’s move to Las Vegas. The seven-time Olympia champion proceeded to make a major announcement. Lewis revealed that he has decided to retire from bodybuilding.

Around the 22-minute mark of the podcast, which was shared to his YouTube page, Lewis begins talking about the future and explains how it is time for him to make this decision.

“I’ve kind of thought about many ways on how I want to deliver this because it is something I have done since I was 19. There’s no real easy way to say this but it’s time.

Bodybuilding has served me very well. It has opened some amazing doors for me but it is time for me to hang up my posing trunks. It has been an amazing road. One I am very blessed to say that I have accomplished more, more things than I ever thought imagined.”

“Without getting emotional, you kind of know. Yo lo se. This is a decision that I made myself…It was my decision and everybody has supported it. There’s multiple reasons why I’m at this place.”

Flex Lewis continues to discuss his decision and says he wants to be present for his family. Flex and Ali welcomed their second child to the world last week. Lewis wants to be around his family from him more moving forward.

“My son is on the way and I really want to be present. I really want to be present. My daughter is six years old right now. I’ve lost a lot of years of her life from her being on the road, traveling, putting bodybuilding first. There’s no way around it. Bodybuilding was first on many, many occasions. I just want to be there for the birth and I just don’t want to have to look at the clock and eat meals and run off to the gym.”

Flex Lewis began training at a young age and developed a passion for fitness. At 16 years old, Lewis entered the Junior Mr. Wales competition and placed first. In 2007, he turned pro after winning the NPC British Nationals. He began his career with nine consecutive victories before joining the IFBB league.

In his fourth show, Lewis picked up his first victory at the 2009 Atlanta City Pro. From this moment on, Lewis finished outside of the top three in a competition just one time. He began his stretch of seven consecutive Olympia victories in 2012. Lewis sprinkled in other wins during this time at big shows like the 2014 Arnold Classic and 2014 Korea Grand Prix.

RELATED: How Flex Lewis Works Out For Huge Gains – A Complete Guide.

Flex Lewis’ return to the Olympia was up in the air to this point. In 2020, Lewis received a special invitation but was unable to compete due to an injury. In 2021, Lewis did not compete which means he might have needed to qualify if he was going to return this year. Many believed that he deserved a special invitation but it seemed as though he would not get one in Men’s Open.

Now, Flex Lewis has decided to call it a career and leave a long, legendary legacy in bodybuilding. Lewis will now focus on his family, his gym, and sharing wisdom as one of the best, if not the best, 212 bodybuilders of all-time.