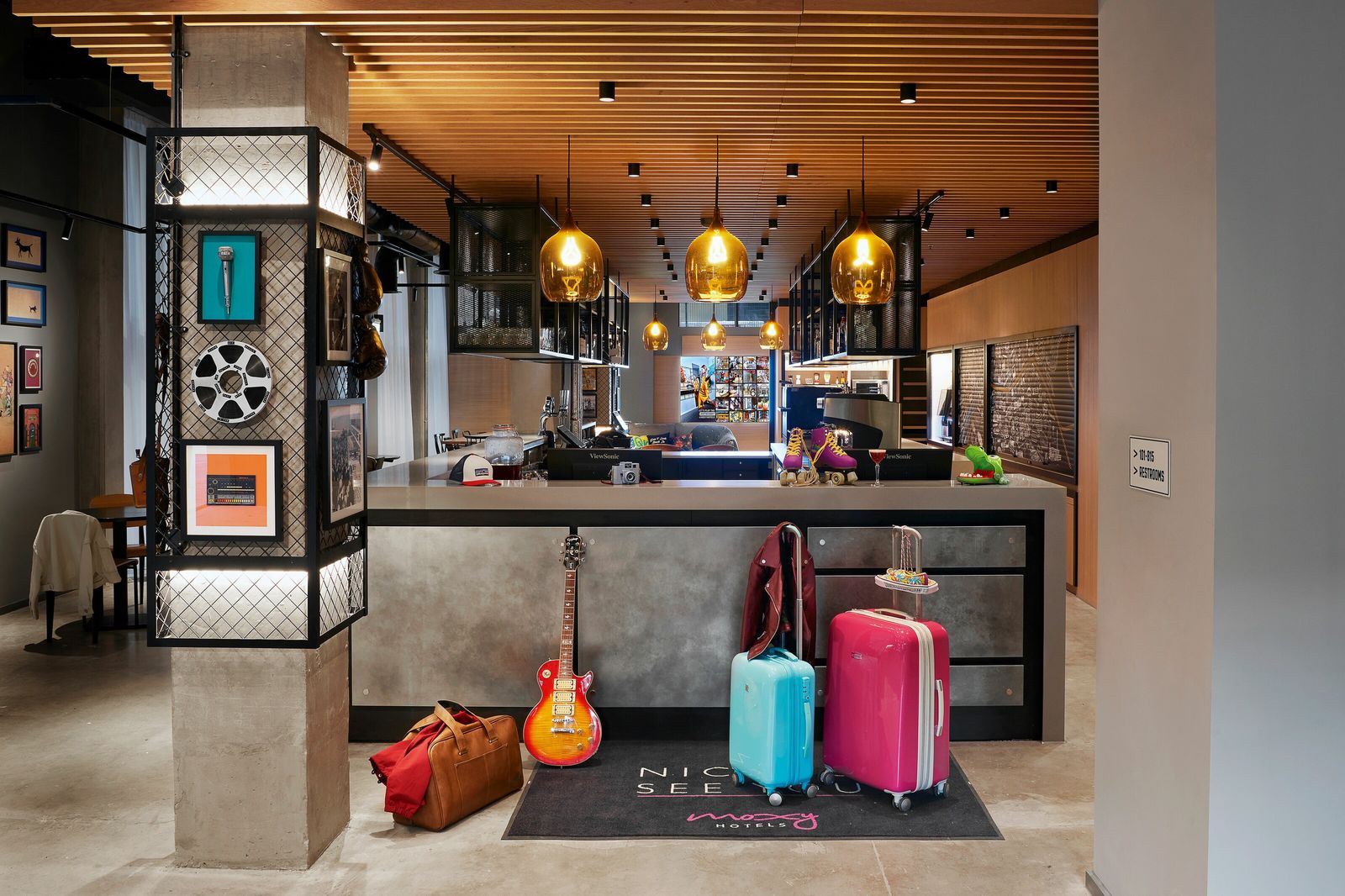 The red-brick bones of this former hat factory in Spinningfields have been brought to life by the Marriott Bonvoy label. It’s full of playful character, from cocktails served in disco balls to motion-activated LED lights in the 146 modern rooms. Don’t forget to sign the digital ‘guestbook wall’ before you check out. From £99.

At this ‘creatively charged’ pad near St Peter’s Square, go between the co-working space and chic, minimalist rooms, which come stocked with magazines, a Google Nest smart concierge and Ancoats Coffee, roasted nearby. The made-in-Manchester produce doesn’t stop there: the restaurant and bar offer local libations and small plates made with regional ingredients. From £100.

Set within a listed warehouse, the 32-room property will marry the building’s original features with a bold, elegant design when it opens this month. Expect lavish turquoise tones and bright florals paired against iron columns and exposed brick. It’ll also be home to a contemporary Indian restaurant, Asha’s. From £149.

Published in the September 2022 issue of National Geographic Traveler (UK)