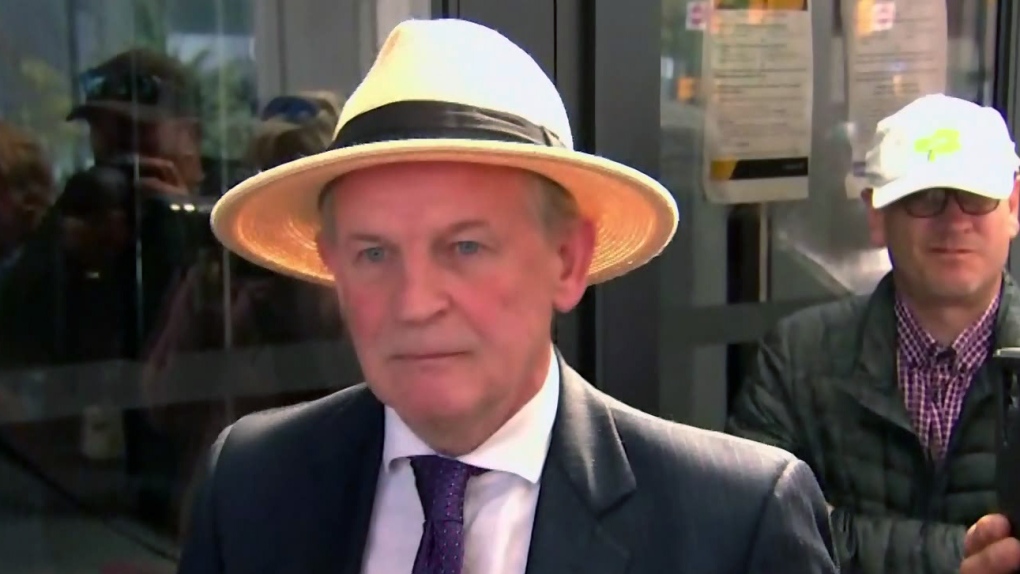 The owner of a former Ottawa church where a Freedom Convoy-affiliated group remains despite efforts to evict them is calling on members to stop harassing people.

“The water pistol brigade has to stop,” Patrick McDonald said outside the Ottawa courthouse on Friday after a hearing on efforts to evict The United People of Canada from St. Brigid’s church in Lowertown.

McDonald is seeking a court order to enforce the eviction of the group. He says they failed to make $100,000 in payments as part of a conditional sale of the church, owe $10,000 in rent and have broken heritage rules.

He also said members of the group blocked other tenants from accessing parking on the property.

Justice Sally Gomery adjourned the matter until Sept. 19. But she ordered TUPOC members not to impede the bailiff who posted the eviction notice on the door last month, not to harass other tenants or their invitees, and allow people with parking rights to use them.

Friday was McDonald’s first time speaking with reporters since the group moved into the church earlier this year. He bought the property in 2007 when it was deconsecrated, and agreed to sell it to TUPOC for nearly $6 million earlier this year.

“I have lots of tenants down there that have been harassed, which I hope effective today with the judge’s decision and direction that they will stop their harassment,” he said.

Members of the group have sprayed people with water guns and threatened to arrest anyone who comes on the property.

But William Komer, a TUPOC board member, denied that the group’s members had been harassing people and said they plan to stay.

“It’s an order to basically do what any person should be doing anyway, which is don’t harass people, which we haven’t been doing, and also for the property owners to not be harassing us,” Komer said. “We’re going to be staying there.”

McDonald said he has concerns about TUPOC’s conduct, but the group’s members have told him they will arrest him if he sets foot on the property.

“I’m not allowed on the site because Mr. Komer and his compatriots have said they will arrest me if I come near the site. As a landlord, I find that astonishing.”

McDonald’s lawyer says by the Sept. 19 hearing, there will be two grounds on which to argue that TUPOC should be evicted: their failure to pay rent, as well as the end of the 30-day waiting period after the termination of the group’s purchase and sale agreement.

That waiting period ends Sept. 10. It’s expected a bailiff will then serve the group with a second eviction notice.

Komer represented himself at the hearing on Friday; the group’s lawyer was not in attendance.

McDonald said although he had hoped for a resolution of the matter on Friday, he is willing to wait.

“I expect that in a couple of weeks or so, a month or so, we will have a resolution, and I hope it will be a very positive solution,” he said. “The purchase and sale agreement is done and over with.”