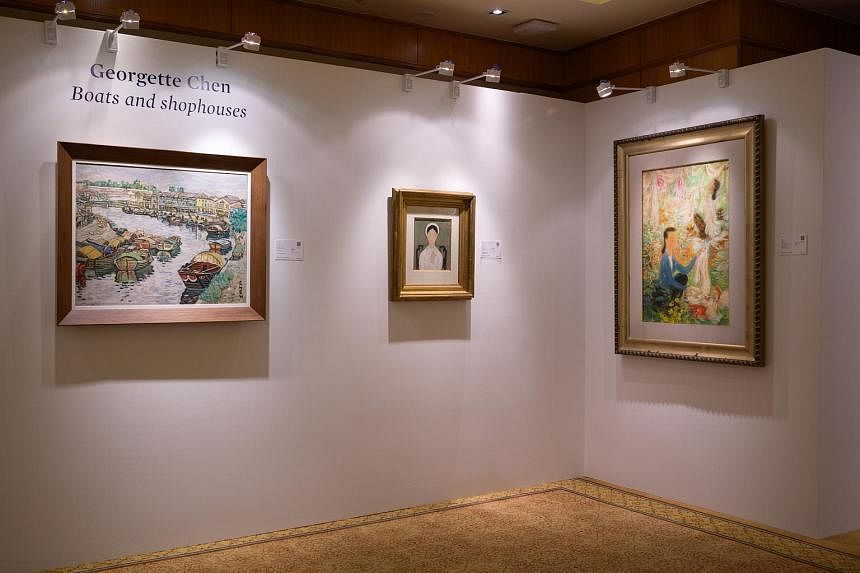 SINGAPORE – A record price of $2.02 million has been set for a painting by pioneer artist Georgette Chen (1906-1993) at auction. Titled Boats And Shophouses (circa 1963 to 1965), the painting of the Singapore River measuring 64.5cm by 81cm was sold by auction house Sotheby’s at its first auction in Singapore in 15 years.

Gallery owner Ho Sou Ping, who attended the auction held at the Regent Singapore hotel on Aug 28, said that the room erupted into cheers when the hammer came down on the final bid. He said it was a “full house” and estimated there were between 200 to 300 buyers attending in person. The auction was also held live on Sotheby’s website.

At the media preview for the auction last Thursday (Aug 25), Sotheby’s deputy director (Asia) Rishika Assomull said it was expecting bids in excess of US$1 million ($1.39 million) for the painting because the artist rarely painted Singapore River scenes.

Ms Assomull also noted there was an emerging buying trend for female artists. “Collectors are looking back with new lenses,” she added.

Mr Ho, who is the founder of art community gallery, said there is growing interest in Singapore artists. “A year ago, the same work (by Georgette Chen) would have only fetched a maximum of $600,000,” he said.

He also attributed the interest in the painting to an exhibition of Chen’s works at the National Gallery Singapore, which ended in September 2021.

Other works that crossed the $2 million mark at Sotheby’s auction include a painting by Willem Gerard Hofker, which sold for $2.27 million, and the auction highlight by Walter Spies) which sold for $4.03 million. Both works were painted when the artists were in Indonesia.

In December 2021, Georgette Chen’s Still Life, Mid Autumn Festival (circa 1960s) sold for $1.8 million at an auction at Christie’s Hong Kong – more than twice its pre-sale estimate and an auction record for the artist then.