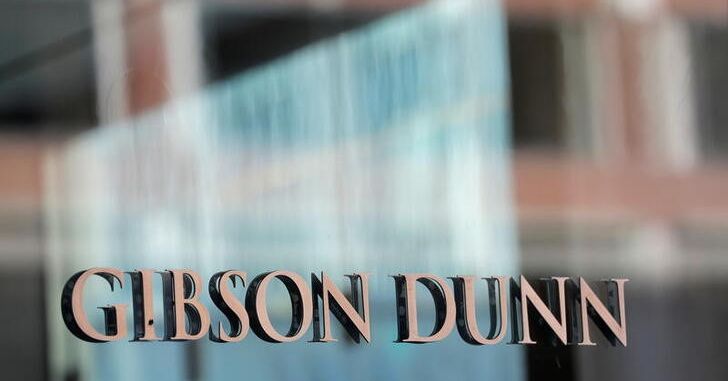 Signage is seen outside of the legal offices of the Gibson Dunn & Crutcher law firm in Washington, DC, US, May 10, 2021. REUTERS/Andrew Kelly

She was part of a team that represented Facebook, now Meta Platforms Inc, in biometric privacy litigation over its facial recognition technology, according to court documents. Facebook settled for $650 million and did not admit wrongdoing in agreeing to the 2020 settlement.

She also was on the team that helped notch a jury trial win for Palmer Luckey, the founder of Facebook Inc’s virtual reality unit Oculus VR, in an IP case last fall.

Mayer Brown’s Supreme Court and appellate practice is co-headed by Nicole Saharsky, former assistant to the US solicitor general. Andrew Pincus, who previously held the same position, and served as general counsel of the US Department of Commerce, is also part of the team.

Gibson Dunn, which has about 1,600 lawyers globally, has in the past few months hired several other partners who focus on technology and privacy matters.

Sara Merken reports on privacy and data security, as well as the business of law, including legal innovation and key players in the legal services industry. Reach her from ella at [email protected]