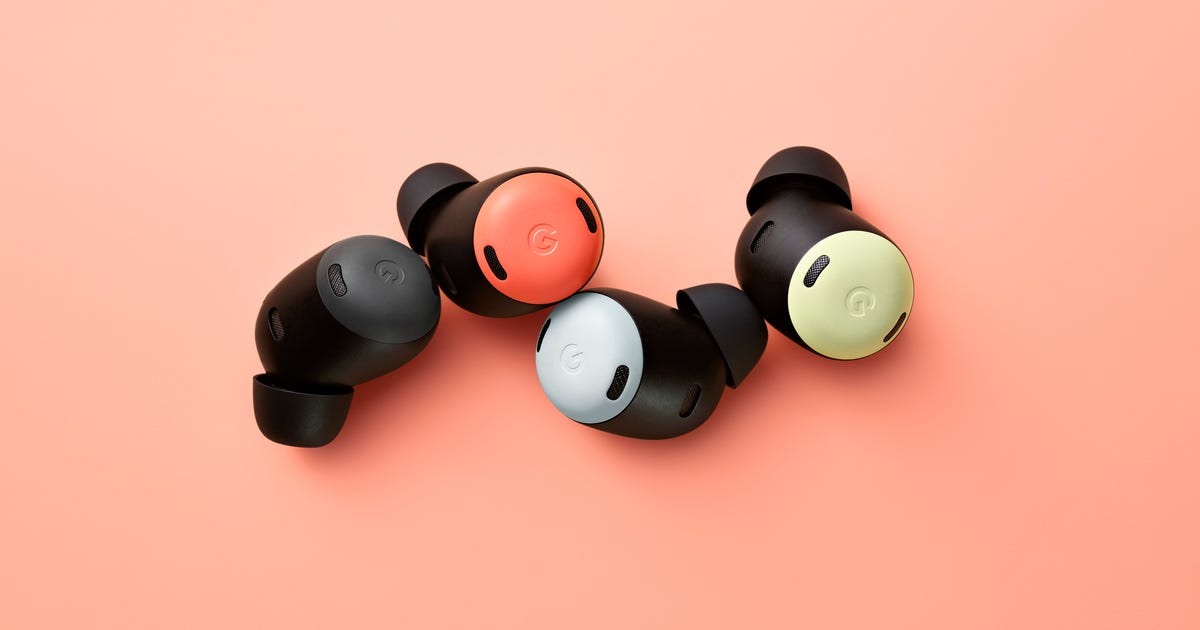 Google’s new Pixel Buds Pro debuted Wednesday at the Google I/O developer conference for $199 (which converts to about £160 and AU$290), and the new wireless earbuds have a particular focus on active noise cancellation.

Google said the new earbuds, which will go on sale on July 21, include built-in sensors for measuring pressure inside of an ear canal. Google says the technology, dubbed SilentSeal, is meant to provide a tight seal for blocking out outside sound while avoiding a plugged-up ear feeling.

All About Google’s Pixel Buds Pro

For the noise cancellation itself, Google says it pairs custom speakers with a custom six-core audio chip running the company’s algorithms.

Google is also giving the Pixel Buds spatial audio, a feature expected to arrive later in 2022, with support for movies and TV shows on compatible Pixel phones.

The wireless earbuds will also support multipoint Bluetooth connections, which will allow the earbuds to automatically swap between two devices. Google says this will include any device, including iOS devices. Multipoint connectivity has been available on other headphones and wireless earbuds in the past, and it’s especially helpful when switching between a phone and a computer.

The Pixel Buds Pro will also be IPX4 water-resistant, and the case will be IPX2 water-resistant with support for wireless charging. Google says the earbuds will last for 11 hours of listening time or up to 7 hours with active noise cancellation. They will also be available in four colors: coral (reddish-pink), lemongrass (yellow), fog (white) and charcoal (black).

The Pixel Buds Pro were among a number of announcements made by Google on Wednesday, including a reveal of the Pixel 6A phone and early looks at the Pixel 7 and 7 Pro phones, to Pixel Watcha pixel-tablet and updates to android 13 (here’s how to download the beta).