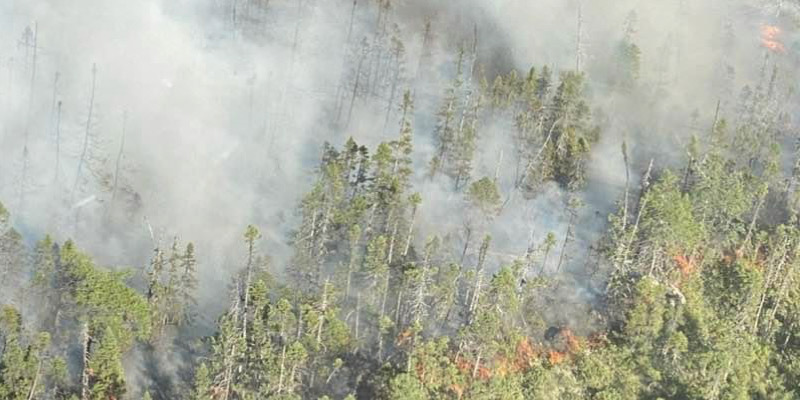 A State of Emergency has been declared in Central Newfoundland to help coordinate a response to the forest fires burning in the region.

Further information will be provided to the public in a media availability scheduled for Sunday morning.

Minister of Public Safety, John Hogan has announced the State of Emergency for the areas of Grand Falls-Windsor, Bishop’s Falls and the Connaigre Peninsula, as a precautionary measure, allowing the province to work with emergency management officials.

Forestry Minister Derek Bragg viewed the fires from the air this weekend, showing the extent of the damage and the amount of smoke the fires are producing.

Smoke from the fires has reduced air quality in many areas, but the fires are not considered to be an immediate threat to residents or their homes.

Those with breathing problems or who are particularly sensitive to smoke are asked to call 811 or see a health care provider.