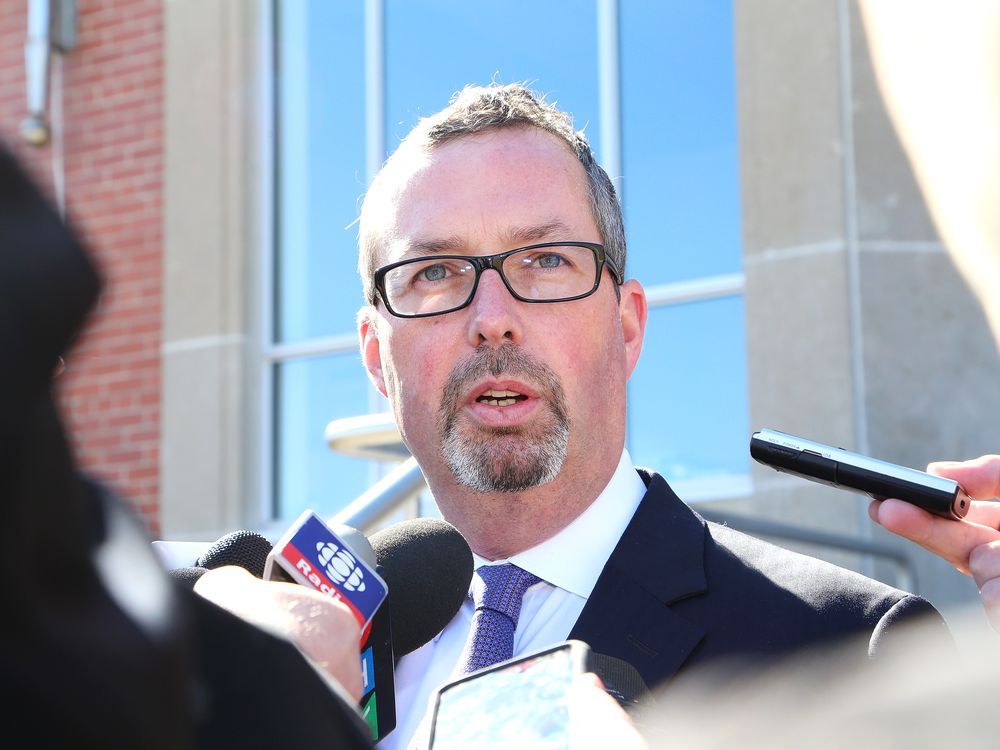 At next week’s meeting council, Michael Lacy, a star attorney from Toronto who recently represented Melissa Sheridan and previously, Gerry Lougheed Jr.; will square off against Robert Swayze, integrity commissioner for the City of Greater Sudbury.

Lacy was retained earlier this year by Ward 2 Coun. Michael Vagnini, who is accused of violating several sections of the Code of Conduct. He faces a salary suspension of up to 40 days, as per Swayze’s recommendation, which will be presented to council on Tuesday.

In a May report that was meant to be presented to council in June, Swayze recommended Vagnini’s salary be suspended after he allegedly violated the Code of Conduct on at least two occasions. The first violation involved comments made during a meeting of the finance committee in January. Vagnini said he did not believe staff regarding deaths and violence amongst the homeless population.

Vagnini is also accused of being disrespectful towards Jesse Oshell, the city’s deputy fire chief, and swearing at him while trying to arrange accoutrements for the funeral of local sports legend Franco Apolloni, who also served as a volunteer firefighter with the Copper Cliff fire hall for 25 years. Apolloni, 86, died on Jan. 20.

The June presentation was delayed at Swayze’s request, after he was informed about a possible further violation.

“The deferral was requested because the CAO/complainant informed me of a telephone call made by Coun. Vagnini to Oshell on June 20, which he alleges was an attempt ‘to coerce Deputy Oshell to make or agree with a statement that minimizes the effect of the offense described in your latest report’,” Swayze wrote in a new report, dated July 25 , which is to be presented to council next week.

Lacy and Swayze, both lawyers, exchanged a series of correspondence. Over the course of several emails, Lacy outlines his response to Swayze regarding three complaints leveled against Vagnini (a third complaint, that Vagnini threatened the life of Ward 11 Coun. Bill Leduc, was determined to be unsubstantiated following a police investigation by the North Bay Police Services).

Lacy has provided The Star with a 79-page document on Brauti Thorning LLP letterhead that details his exchanges with the integrity commissioner.

On July 11, Lacy accuses Swayze of pre-judging the situation.

“I do not understand how you would be able to commence preparation of a supplementary report when you have not even received our submissions,” Lacy wrote. “Additionally, I do not understand how you would commit to finalizing your report by this Friday when you have not had a chance to consider our response. Your commitment to do so and your communications with me give the appearance that you have already pre-judged this issue and that any response we might have to the newest allegation is simply an inconvenience to be excused summarily.”

Significant portions of the hefty document are procedural; for example, Lacy argues Swayze could not accept a complaint from CAO Ed Archer for various legal reasons; however, he does counter the allegations brought forward by Archer, on behalf of Oshell; as well as Leduc, who emailed Swayze in January.

“I would invite you to review our finance committee meeting from Jan. 18, which supports my claim as Coun. Vagnini about using media to (make) false claims about deaths in our homeless community in Memorial Park,” Leduc wrote. “To be completely honest with you, I’m not sure how many codes he’s broken here but I’m sure you’ll be able to help me out.”

Lacy argues that as an elected official, Vagnini has a duty to question.

“Although municipal councilors do not enjoy parliamentary privilege, they must have significant flexibility, as elected representatives, to express their views (even unpopular ones) at council meetings. Alleged Code of Conduct violations for making public statements at council meetings could have a significant chilling effect on councilors’ ability to speak freely and openly,” Lacy wrote.

“It is the job of councilors to challenge city staff and to bring matters of concern to their constituents and the larger community to the attention of other council members and employees of the city.”

Despite the discomfort Vagnini caused by challenging staff, Lacy argues it is standard fare around board tables.

“City staff should expect to be challenged and to justify information being presented to councillors. That is part of the reason why they are invited to committee meetings. It is no different than a board of directors asking pointed and direct questions of executive staff at a corporation,” Lacy wrote. “It might be difficult. It might be unpleasant and uncomfortable. But engaging in the kind of exchanges that Mr. Vagnini did, (does) not amount to a Code violation.”

Lacy also accuses Swayze of not doing his due diligence. While Lacy points out it appears Swayze consulted media reports about Vagnini’s comments during the finance meeting, from his report by him, it seems he did not actually watch the video, which has been online since January on Vagnini’s YouTube channel.

“The councillor’s exasperated comment that he ‘could not believe’ what he was hearing was in relation to the careful and less than responsive answer provided by staff, which did not address the issue of what was happening in the tents. As the committee meeting makes clear, it later came to light that staff did not keep records related to what was happening in the tent city, either formally or informally.”

Lacy also argues that Vagnini did nothing wrong during two conversations with Oshell. While his use of profanities was “unfortunate” during the first call, it did not constitute harassment or abuse.

“In a follow-up call, Mr. Vagnini did again request that a fire truck be provided. The deputy refused, indicating that because of the extreme cold he did not want to risk water freezing. Mr. Vagnini’s recollection is that he was asking for a vehicle escort as opposed to having the fire vehicle sitting out front of the funeral home,” Lacy wrote.

“Parenthetically, I would note, it does seem odd there would be a concern about water freezing in a fire services vehicle, in light of the way those trucks are engineered. But, in any event, Mr. Vagnini acknowledges he was upset by the refusal to provide the vehicle. He did not think the reason being given was a compelling one and he could not understand why it would not be facilitated for Mr. Apolloni’s funeral.”

While Vagnini admits he swore, Lacy notes his words were not directed at Oshell.

“It was directed at the situation. Using words like ‘bulls**t,’ ‘don’t tell me this s**t,’ or even the use of the word f**k, while not particularly sophisticated, are part of the plain language vocabulary Mr. Vagnini uses from time to time,” Lacy wrote. “This kind of plain speaking in the circumstances was obviously offensive to Deputy Oshell. But, as the deputy notes, once my client expressed his frustration with him, he also apologized for his poor choice of words with him. From his perspective, the matter was over and they parted on cordial terms.

During the second call, Vagnini’s partner, Janie, was present. They were staying at a lodge to attend a wedding. During his call with Oshell, Vagnini used the speakerphone function, allowing Janie to hear the entire conversation.

“The conversation was ended with Jessie wishing us a pleasant evening at the wedding,” Janie relayed to Lacy. “When Michael was off the phone, I stated that no matter how pleasant that conversation was, somehow it was going to be manipulated and turned into something negative. Seems I was right. This conversation between Michael and Jessie was very positive and focused primarily on little Jackson (a four-year-old who recently passed from cancer). Very little was said about anything else.”

According to Swayze, Oshell reportedly told his superiors the second call with Vagnini carried coercive and threatening undertones.

“Presuming you will once again forge ahead to consider the merits of Deputy Oshell’s email narrative as if he (as opposed to the city) have made the complaint against Coun. Vagnini, we disagree with the narrative of the telephone conversation he has offered,” Lacy wrote on July 11. “In any event, there is no basis to conclude the interaction (even if it was as described by Deputy Oshell) amounted to a violation of the Code of Conduct.”

In one his last emails to the integrity commissioner, Lacy Swayze accuses of employing poor analytical skills to address the accusations against Vagnini.

“In terms of your purported analysis, it amounts to no analysis at all. Even accepting the narrative offered by Deputy Oshell about the recent phone call, at no time does he characterize it as berating and/or disrespectful,” Lacy wrote. “Your conclusion otherwise is unreasonable.”

Council meets Tuesday at 2 pm at Tom Davies Square. Lacy is expected to attend with Vagnini. The public is invited to watch in person or via livestream at tinyurl.com/4dtn3b3y.