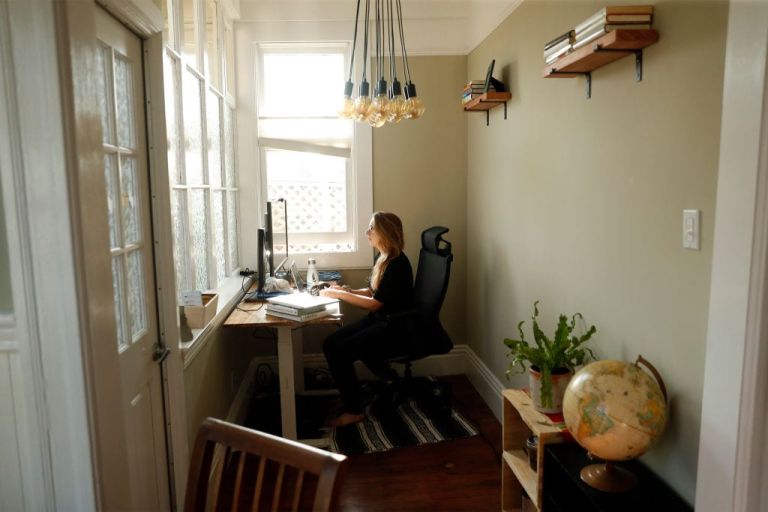 Half of DC and New York City residents fully embraced remote work during the height of the pandemic, something that has left a lasting impression on American work patterns, data shows.

Nationwide, about 9 million people, or 5.7 percent of the population, were working from home pre-pandemic, but all that changed with COVID-19 when about 18 percent — or 27.6 million people — were found to have transitioned to strictly remote roles, according to the new 2021 American Community Survey by the US Census Bureau.

In DC alone, the number of remote workers tripled.

Up to 48.3 percent of DC residents were doing remote work in 2021, which was the highest in the nation. Florida, which saw a more lenient approach to the pandemic compared to other states, saw the number of remote employees shift from 7 percent to 16.6 percent, as noted by Axios, citing a separate data set.

“Work and commuting are central to American life, so the widespread adoption of working from home is a defining characteristic of the COVID-19 pandemic,” Michael Burrows, a statistician with the Census Bureau, said in a statement. “With the number of people who primarily work from home tripling over just a two-year period, the pandemic has very strongly impacted the commuting landscape in the United States.”

These numbers may be shifting again. the New York Times asked “Will Return to Office Get Serious in September?” The answer was, yeah, sort of. At least in New York City.

An expected, post-Labor Day return to offices was closely watched by those in government, specifically the Metropolitan Transportation Authority, which has been tracking higher than the usual pandemic-era ridership in the weeks following the long weekend.

About 3.9 Million people rode the subway on the Wednesday after Labor Day, which was a jump of 100,000 straphangers compared to the day prior. Last week that number was 3.7 millionthe highest level since the city’s transit system was essentially deserted in March 2020.

Mississippi had the lowest number of remote workers, according to Axios, with 3.1 percent before the pandemic and only 6.3 percent in 2021.

The Census Bureau came to these conclusions by analyzing commuting patterns of Americans which, on average, shortened by two minutes on a national level. Without reference to mode of transportation, the agency said that a commute time of 25.6 minutes — the lowest in a decade — was the average in 2021 compared to 27.6 minutes in 2019.

Those two years seem to have left a permanent mark on American values ​​surrounding the work environment, meaning that the demand for flexibility remains strong.

A McKinsey Insights report from June showed that 58 percent of 25,000 Americans surveyed in spring 2022 — representing about 92 million people if the percentage was applied to the entire population — said they had the option to work from home one day a week.

Of those surveyed who were offered the opportunity to work remotely full time, 87 percent took their employers up on it, but this was only 35 percent of people sampled and 23 percent were offered remote work on a part-time or occasional basis.

Only 13 percent of respondents said they would choose the office over remote work, even if offered the opportunity.

Mark Hallum can be reached at [email protected].