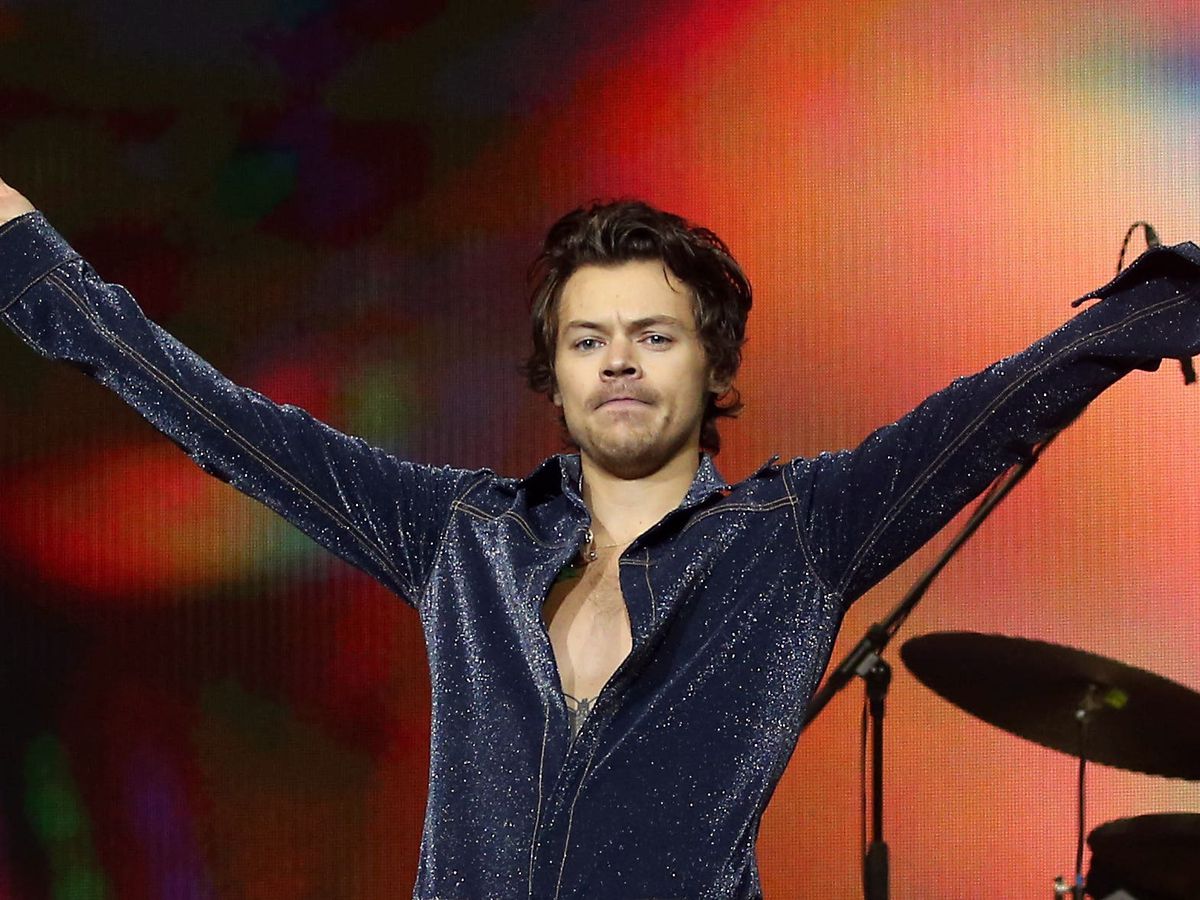 Harry Styles has made a dazzling return to the UK stage after more than two years with a “One Night Only” gig in London to showcase his new album Harry’s House.

The Grammy-award winning singer, 28, performed all 13 tracks from his third studio album for the first time on home ground at the O2 Academy Brixton in London on Tuesday night.

He later treated the sold-out crowd of adoring fans to an encore of previous hit tracks including Adore You, Watermelon Sugar, Sign of the Times and Kiwi.

Styles also paid tribute to his One Direction past with a rendition of What Makes You Beautiful, the smash hit song by the former boy band.

Adorning white trousers paired with a white top with black polkadots and a blue beaded necklace, the singer known for his showmanship excitedly danced around the stage and blew kisses to the audience throughout the concert.

Ahead of playing the album’s lead single As It Was he told the crowd: “What a lovely comeback. It’s been a long time since I’ve played in the UK and I’m so happy to be here, thank you so much.”

He added: “I have to say, I’m the proudest I’ve ever been of anything I’ve ever done. I love it so much and I really hope you like it.”

The last time Styles performed a concert in the UK was on December 19, 2019 when he played a one night only of his second studio album Fine Line at the Electric Ballroom in London.

He was due to take his Love On Tour for his second global album in 2020 but the shows were postponed due to the Covid-19 pandemic.

The rescheduled tour began in September 2021 in Las Vegas before touring across the US, with the European tour leg kicking off in Glasgow on June 11.

Later on in his London comeback show, after performing the track Keep Driving, he joked that he could not believe that he had just sang the lyrics “cocaine, side boob, choke her with a sea view” while his mother was present in the audience .

He also reflected on the difficult couple of years the world has experienced, saying: “There’s a lot of stuff happening in the world right now and over the last couple of years we’ve all gone through so much collectively and as individuals.

“And I pray that we just go home and be nice to each other.”

The show’s ending featured a poignant moment as he carried the Ukrainian flag, which had been given to him by a fan, while singing Sign of the Times.

He also restarted the song after stopping the show to check if fans in the middle of the crowd needed assistance.

After being released on Friday, critics praised Styles’ new record as a step forward for the singer as he embraces a more mature sound and intimate lyrics.

The album has already enjoyed success in the UK singles chart with the lead single As It Was on track to claim its eighth week at number one this Friday.

While the tracks Late Night Talking and Music For A Sushi Restaurant, both from the newly released third album, could secure number two and number three respectively.

In the lead up to the release date, Styles has reflected on finding fame at a young age and his recent experience of undergoing therapy, both topics that have fed into the record.

The pop star also recently teased a few songs from the album during his headline set at Coachella, which featured special guest Lizzo and performed a “One Night Only In New York” at the UBS Arena on May 20, the same day his album was released .