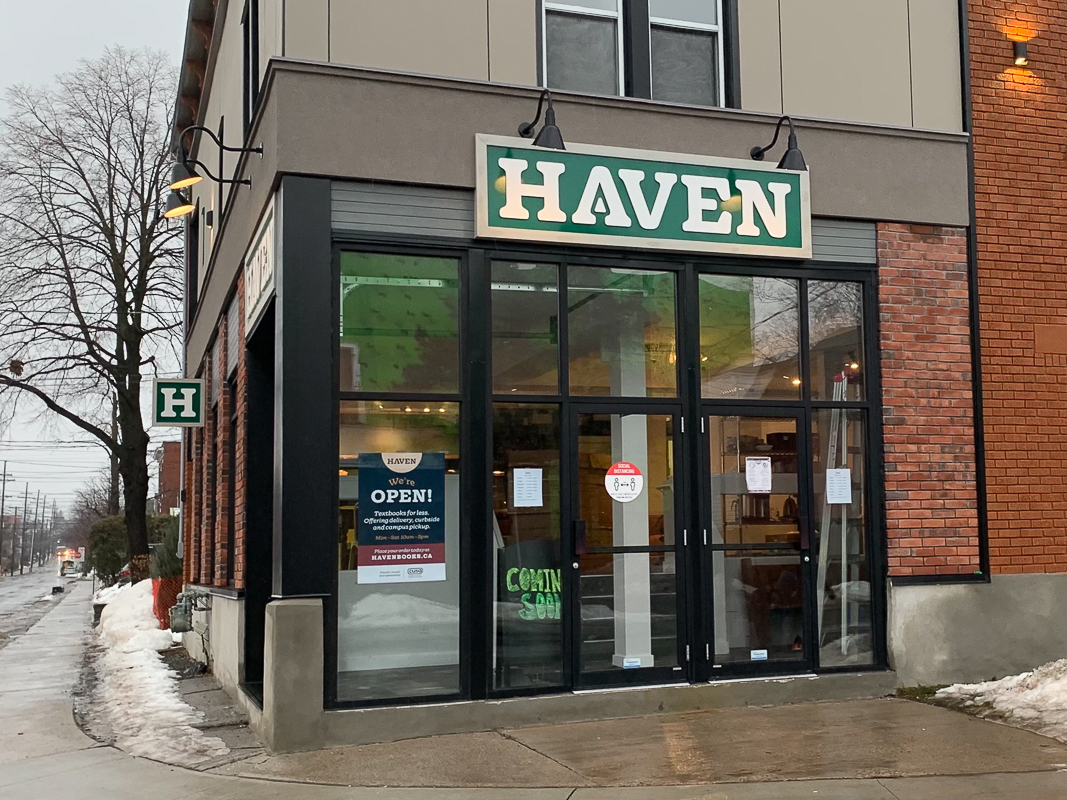 The Carleton University Students’ Association’s (CUSA) student-run bookstore and café, Havenrecently donated almost 3,000 textbooks to Textbooks for Changean organization that collects used textbooks and distributes them to libraries and college and university campuses across East Africa.

Haven co-manager Katie Berger said the store had a surplus of textbooks that were left on shelves for months, as Haven wasn’t able to sell them as part of its consignment program during the pandemic. While searching for a solution, Haven found Textbooks for Change.

“I think it just works out well for students who want to find something to do with their textbooks,” Berger said. “They want to know that their textbooks are going to still go to some use.”

In 2019Carleton University partnered with Textbooks for Change and opened up various textbook dropbox locations across campus.

Claudia Calagoure-Perna, who is responsible for Haven’s community outreach this summer, first found out about Textbooks for Change when she saw boxes with the organization’s name at the MacOdrum Library. She partnering with it would be a great opportunity for Haven to decide to discard the books they were no longer using.

“I am super happy with the turnout of donations. There is no better feeling than partnering with a great organization,” she said.

Berger said when Haven was in the process of collecting donations, it also accepted used textbooks from students who were planning to sell them to the store but couldn’t as they were no longer needed for courses at Carleton.

The organization has more than 120 drop-off bins across Ontario, Alberta and British Columbia and processes more than 250,000 donated textbooks per year, according to Ershad Anari, the organization’s CEO.

Anari said the organization is thankful for Haven’s donation.

“They’ve had probably the largest donation so far in 2022 compared to our other partners” he said.

Anari said the organization has already started to sort through donations from Haven, and they will soon start posting textbooks online to sell while storing the rest. Once they have a full container of books, they will contact campuses in East Africa to see which are interested in receiving the books.

The organization is also hoping to expand and partner with campuses across South America. However, increased shipping costs due to the pandemic are an obstacle. For now, organizers are focused on donating to campuses in Kenya and Nigeria.

Berger said she is proud of the Haven team for organizing this donation and it was “incredibly satisfying and rewarding” to see these textbooks go to a good cause.

She added Haven fully intends to continue their partnership with Textbooks for Change and that they plan on accepting used textbook donations from Carleton students and the Ottawa community on an ongoing basis.

“I think it’s valuable to the community we’re in,” she said. “It doesn’t need to be students who are donating books, it could be anyone.”