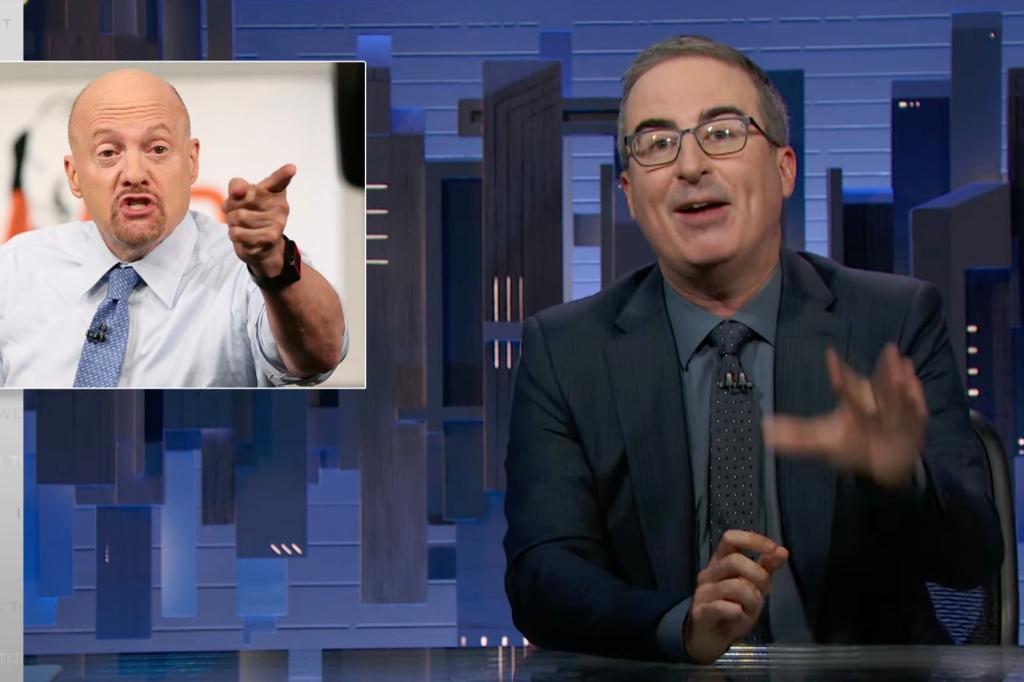 HBO comedian John Oliver launched a scathing attack on CNBC’s Jim Cramer on Sunday, skewering the investing guru for flip-flopping on the proper response to surging inflation over the last several months.

Oliver slammed Cramer during a lengthy segment on the ongoing inflation crisis on his show “Last Week Tonight” – noting that the CNBC host was among “the loudest voices” who originally agreed with the Federal Reserve and other policymakers that the problem was transitory and that interest rate hikes were unnecessary.

“For instance, here is Jim Cramer: the answer to the question ‘what if a garbage can full of cocaine and business school pamphlets wished to be a real boy’ making that very argument in November of last year,” Oliver said.

In the clip from November 2021, Cramer asserted that Fed Chair Jerome Powell shouldn’t “slam the brakes” on the economy through rate hikes.

“Team transitory is going to win,” Cramer said at the time. “I say stop freaking out about inflation.”

“OK, setting aside the fact that he’s speaking with an intensity level there, best described as [Broadway actress] Patti Lupone admonishing a rude audience member, it’s pretty clear that this clip, much like Jim Cramer himself, has not aged very well,” Oliver quipped.

Oliver added that Cramer did a “full 180” in his stance on inflation within six months of his original rant – and played a clip in which the CNBC host struck a “very different tone.”

Oliver expressed incredulity at the change in Cramer’s rhetoric.

“Wow, that was a pretty dramatic turnaround. He went from loudly unconcerned about rising prices to full-blown ‘inflationist’ in a matter of months,” Oliver said.

“The fact is, a lot of smart people – and Jim Cramer – read this situation wrong and there isn’t really a roadmap for what to do next,” Oliver added.

Powell, Treasury Secretary Janet Yellen and others have since acknowledged that they were incorrect in concluding that inflation would subside as pandemic-era supply chain bottlenecks eased.

The Fed is aggressively hiking interest rates in a bid to tame inflation, which hit a fresh high of 9.1% last month.

Cramer has yet to publicly respond to Oliver’s segment. The Post has reached out to CNBC for comment.