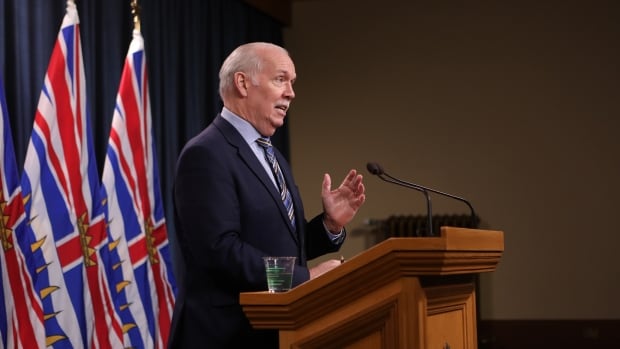 The province is suspending the controversial $789-million plan to rebuild the Royal BC Museum, Premier John Horgan announced Wednesday.

Horgan said the costly project was the “wrong decision at the wrong time” and that the government heard opposition from British Columbians “loud and clear.”

“I made the wrong call,” the premier said. “I made a call when British Columbians were thinking about other concerns.”

Horgan explained that British Columbians were unwilling to accept an $800-million price tag for the project while the province faces a doctor shortage, an increasing cost of living and other critical issues coming out of the pandemic.

A poll released last week by the Angus Reid Institute found that 69 per cent of British Columbians oppose the plan.

The museum upgrade, announced in May, includes plans to demolish and rebuild the museum in Victoria over the course of nearly a decade.

The premier said the province is now going “back to the drawing board” and the museum will remain open indefinitely. He announced that an extensive consultation process will begin to ensure that British Columbians have an opportunity to provide input on how the Royal BC Museum should be upgraded.

Horgan said he does not support a renovation and still strongly believes the building needs to be rebuilt.

Tourism Minister Melanie Mark has defended the rebuild and described the museum in its current state as “not functional.” She said it is in need of seismic upgrades, is filled with hazardous materials like asbestos and lead, inaccessible to people with disabilities and structurally insufficient to maintain its current collection or host major exhibits.

Following criticism over plans to rebuild the museum, the province released more than 2,300 partially redacted pages of reports and appendices supporting the contentious project, and to explain why a complete rebuild is necessary.