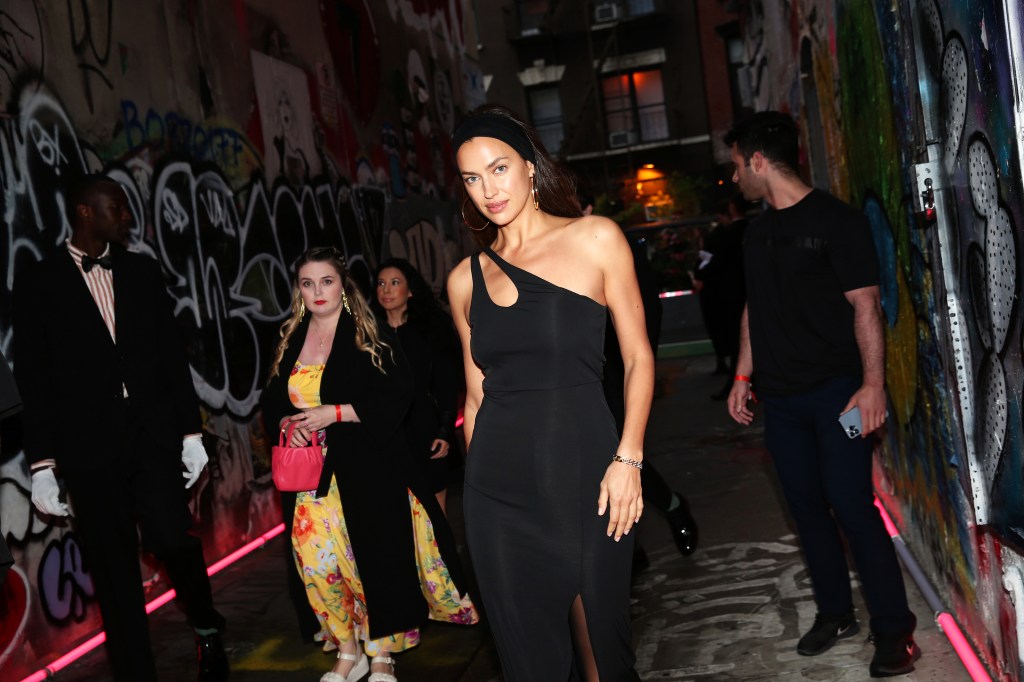 “I don’t know if you’ve been to the 11th and 13th floor — you gotta see it,” said Irina Shayk, tucked into a banquette inside the café at Hotel Hennes, located down Freeman Alley. The model described the scene that awaited guests on the upper floors of H&M’s pop-up hotel in the Lower East Side on Tuesday night: performers, fortune tellers, a bar and experiential rooms, each with a different theme and curated H&M products to match the vibe. VIP guests were able to drop by each room for a quickie photo op during the opening-night party; later this week, when Hotel Hennes opens to the public, the rooms are open only by appointment for those lucky enough to snag a spot.

“This morning I checked and it was sold out for the next five days, so people are really interested,” added Shayk, a longtime friend of the brand.

The launch party took place on the longest day of the year, and doubled as a kickoff for summer. “I’m going to be around. My mom’s coming to New York, I’m so excited to see her, ”said Shayk, adding that her daughter de ella, still in school through June, has a classic summer activity on the docket: camp. “I don’t really feel that it’s summer yet. I think the summer will officially start in July,” she added.

Further down Freeman Alley, the crowd was settling into popular Freeman’s restaurant for drinks, the second installation of the evening. Sasha Lane stopped by before heading over to the hotel, where she gravitated toward the optical illusion room. “I’ve had a good solid relationship with H&M since… the beginning, in the start of my career,” said Lane. “I’m always down to represent H&M.”

The “Conversations With Friends” star has been in New York for six months filming upcoming Apple TV+ project “The Crowded Room.” Although not a fan of summer — “it’s the worst season for me,” she said — Lane is looking forward to discovering a new approach courtesy of her young daughter de ella. “I live in Georgia now and I’m surrounded by trees and different animals, so it’s been nice trying to enjoy my version of summer, which is good sun, breeze, hanging out, the water.”

While Hotel Hennes isn’t hosting any guests for overnight stays, Nicholas Braun recognized the venue from its previous tenure as Hotel Sister City. “I live super close, so I’ve been seeing them building [Hotel Hennes] for the last few days,” said Braun, adding that he used to stay at the hotel in its former iteration. “It was interesting to see it fully revamped and taken over.”

Braun will be spending the summer with his “Succession” character Cousin Greg; filming for the fourth season starts next week. “This is going to be a really dope season,” offered Braun. “Very funny, and super tense — I probably shouldn’t say anything else.” (He did offer that Cousin Greg is “feeling a bit bold” in the upcoming season.)

For the third and final act of the evening, the crowd filed through a back alley door into The Box, where the night continued with several drag performances and DJ sets. The main event was Aquaria, who pulled double-duty, regaling the crowd with an impressive acrobatic performance before launching into a DJ set.

More from the Eye: