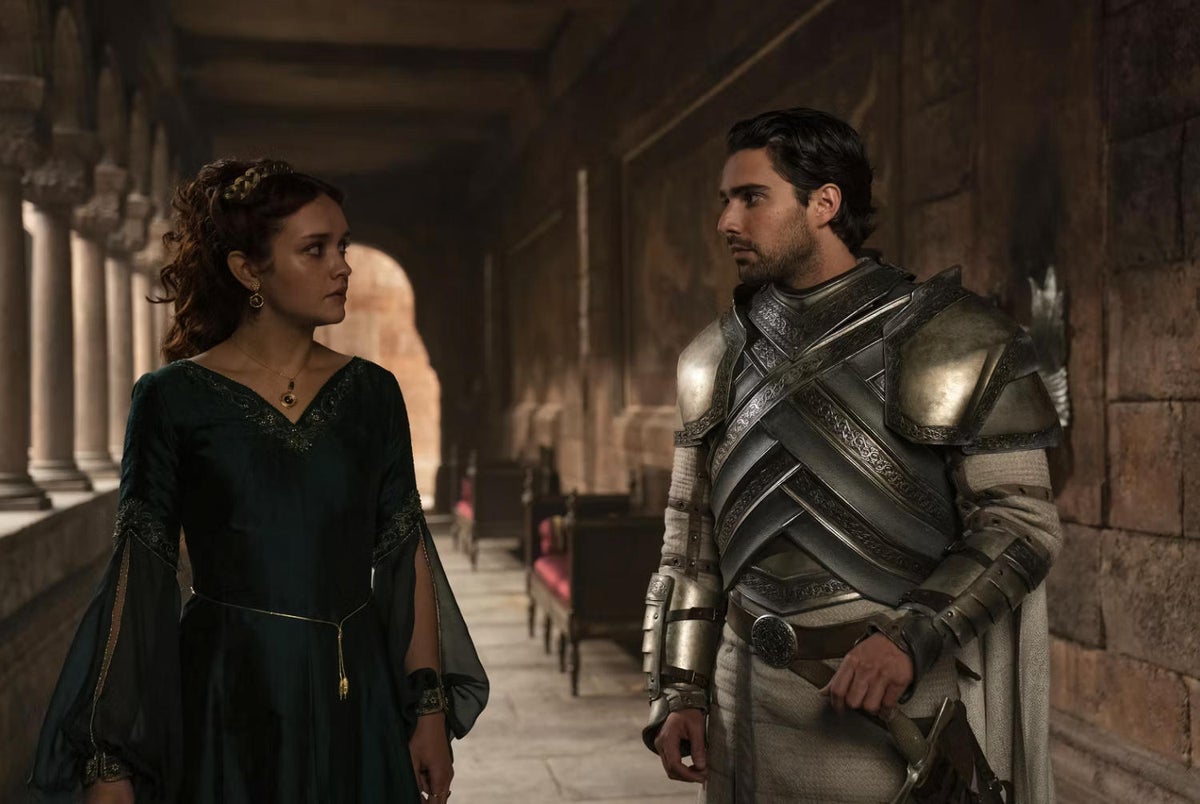 Olivia Cooke will take over as the older Queen Alicent – ​​and Ser Criston clearly does not work for her.

Joining Olivia Cooke’s Alicent will be Phia Saban as Alicent and King Viserys’ youngest child, Helaena. If you think Targaryen family ties were creepy before, strap on in…

Aegon (Tom Glynn-Carney) is the biggest challenge to Rhaenyra’s rule – and the green outfit and training session with Ser Criston suggests he’s getting ready for a fight with his half-sister.

Prince Jacaerys (Harry Collett) and Prince Aemond (Leo Ashton) are getting some sparring work. Note the emerging difference in color in their garb.

Daemon Targaryen (Matt Smith) will officially take Lady Laena as his wife, after their clear flirtation at Rhaenyra’s wedding.

Nanna Blondell is about to show just how ambitious an adult Leana Velaryon can be, once she enters the Game of Thrones.

Daemon Targaryen (Matt Smith) will go from creepy uncle to Zaddy with the birth of his twin girls Baela and Rhaena with Laena Velaryon.

Lady Baela (Bethany Antonia) is getting a crash-course in Dragon egg care.

Lyonel Strong (Gavin Spokes) is about to see his job as Hand of the King and father of Strong family collide.

Played by Ryan Corr, Harwin is the eldest son of the Hand of the King Lyonel Strong, brother Larys, and part of Rhaenyra’s guard.

Matthew Needham’s Larys Strong is quickly becoming the Littlefinger of House of the Dragon.