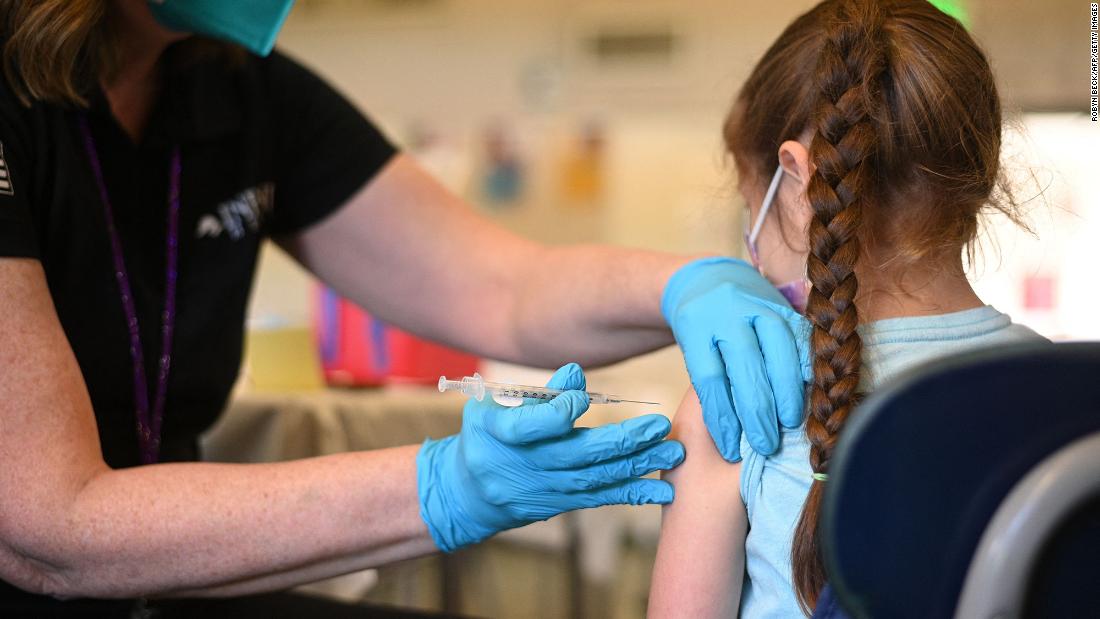 They both use an mRNA platform and both are considered safe and well tolerated. Pediatricians CNN spoke with around the country suggest either is a good option.

“I think they’re both highly efficacious with very great side effect profiles and I would not hesitate to give my kids either,” said Dr. Nina Alfieri, a pediatrician at Ann & Robert H. Lurie Children’s Hospital of Chicago. “I think both are really good options.”

Both seem to create protective antibodies in little children like they do in young adults. There are only subtle differences and one may be a better fit for some kids than the other.

Pfizer’s vaccine was previously authorized for children as young as 5. Moderna’s vaccine for people ages 6 through 17 was recently authorized by the US Food and Drug Administration, and the CDC’s vaccine advisers will vote this week on whether to recommend it.

A child who gets the Moderna vaccine won’t have to go to the doctor or pharmacy as often, and they’ll get protection a little quicker than the Pfizer vaccine.

The Moderna series is complete with two 25-microgram doses given a month apart. Kids with compromised immune systems would get a third shot. The Moderna shot for young children is a quarter of the size that adults get.

With Pfizer, it takes three shots for the series to be complete. The company initially tried two doses, but trial data showed that after the second dose, the vaccine didn’t generate enough of an immune response. The three-dose vaccine authorized last week is one-tenth the size of the adult Pfizer dose.

With Pfizer, the first two shots are given three weeks apart. The third can be given at least eight weeks after the second. In total, it can take almost three months for the child to have the full series.

Down the road, scientists may want kids to get boosters with either company’s vaccine.

Kids were slightly more prone to get a fever with the Moderna vaccine; it happened with about a quarter of the trial participants, versus less than 10% with Pfizer. Most of the fevers were mild. Less than 1% of all participants in the trial had a fever that reached 104 degrees.

“That was rare, but I feel like if we’re not honest with parents, when these things come out, that will be concerning,” said Dr. Grant Paulsen, the principal site investigator for the Pfizer and the Moderna Covid-19 vaccine clinical trials for children 6 months to 11 years old at Cincinnati Children’s.

“The odds are, most children are just going to do fine and have really minimal problems,” he said. “The majority are not going to have major side effects.”

Moderna said that other illnesses that cause fever were in circulation during the trial, and that they may have led to some of those fevers, since 10.6% of the children in the placebo group of the trial that did not get the vaccine reported a fever.

Dr. Claudia Hoyen, a pediatric infectious disease specialist at UH Rainbow Babies Hospitals in Cleveland said she understands why parents hate to see their child develop a fever, but they should be reassured the fever doesn’t cause any kind of permanent damage or long- term problems and should resolve quickly on its own or in response to over-the-counter medicine like Tylenol or Motrin.

“I think if you keep that in mind and realize that, yes, it’s scary, but it can be manageable,” Hoyen said. “People should work with their pediatrician. I think a lot of the kids with the first dose may or may not even see a fever, but people should work with their pediatrician in case they do and come up with a good plan and that will be the best thing to do. It should resolve quickly.”

The safety data from Moderna and Pfizer, vetted by the FDA and CDC, found potential side effects were mostly mild and short-lived.

Side effects for both most commonly included pain at the injection site, and sometimes there was swelling or redness.

As far as systemic or body-wide symptoms, the most common was fatigue or sleepiness. Some children had irritability or fussiness, loss of appetite, headache, abdominal pain or discomfort, enlarged lymph nodes, mild diarrhea or vomiting. But everyone got better quickly.

“It’s very similar to the side effects we’ve seen for older kids or for adults. About 24 hours of some kids, you know, they kind of don’t feel as well, they feel tired, they don’t have the same appetite. But thankfully, there have not been any serious side effects of these vaccines,” Dr. Ashish Jha, White House Covid-19 response coordinator, said on CBS on Monday.

Scientists did not see any serious or rare side effects in the trials. They were watching closely for any signs that children developed problems with myocarditis, inflammation of the heart muscle, because there were a handful of cases among older children and adults. But myocarditis was not identified in the trials in young children.

Both vaccines were tested when the Omicron variant was the dominant strain of coronavirus. Studies show that no matter what the age or dose level, this particular variant was more successful at evading the protection offered by either company’s vaccine.

The Omicron variant was tricky for this age group in general. Without access to a vaccine, hospitalization rates among children 5 and younger were five times as high during the peak of Omicron in the winter, compared to when the Delta variant was the dominant strain last summer, according to a March report from the CDC.

For the Pfizer vaccine, there have only been 10 Covid cases in the vaccinated and placebo group in the trial — that’s too small a number to estimate the vaccine’s efficacy. The topline efficacy data from the preliminary findings is “encouraging” though, according to the company. And the FDA said that the immune response to the vaccine for 6 through 23 months of age, and 2 through 4 years of age was comparable to the immune response of the older participants, but more research will be needed.

Get the vaccine that’s available, the experts said.

“I don’t think it’s clear that one is any better than the other. They are different,” said Paulsen. “It is very much what the parents prefer. Balancing those differences as well as, honestly, what’s available and what their pediatrician has or what the local hospital has.”

Doctors also suggest looking online or calling to find out what the local site is offering. Not every location will offer both shots. Some vaccine clinics may also not be offering little kid vaccines or may have restrictions on the ages they serve. CVS stores that have MinuteClinics, for instance, will vaccinate this new age group, but only if the child is 18 months or older.

Vaccines.gov may be helpful. The website provides some information on clinics listed by category.