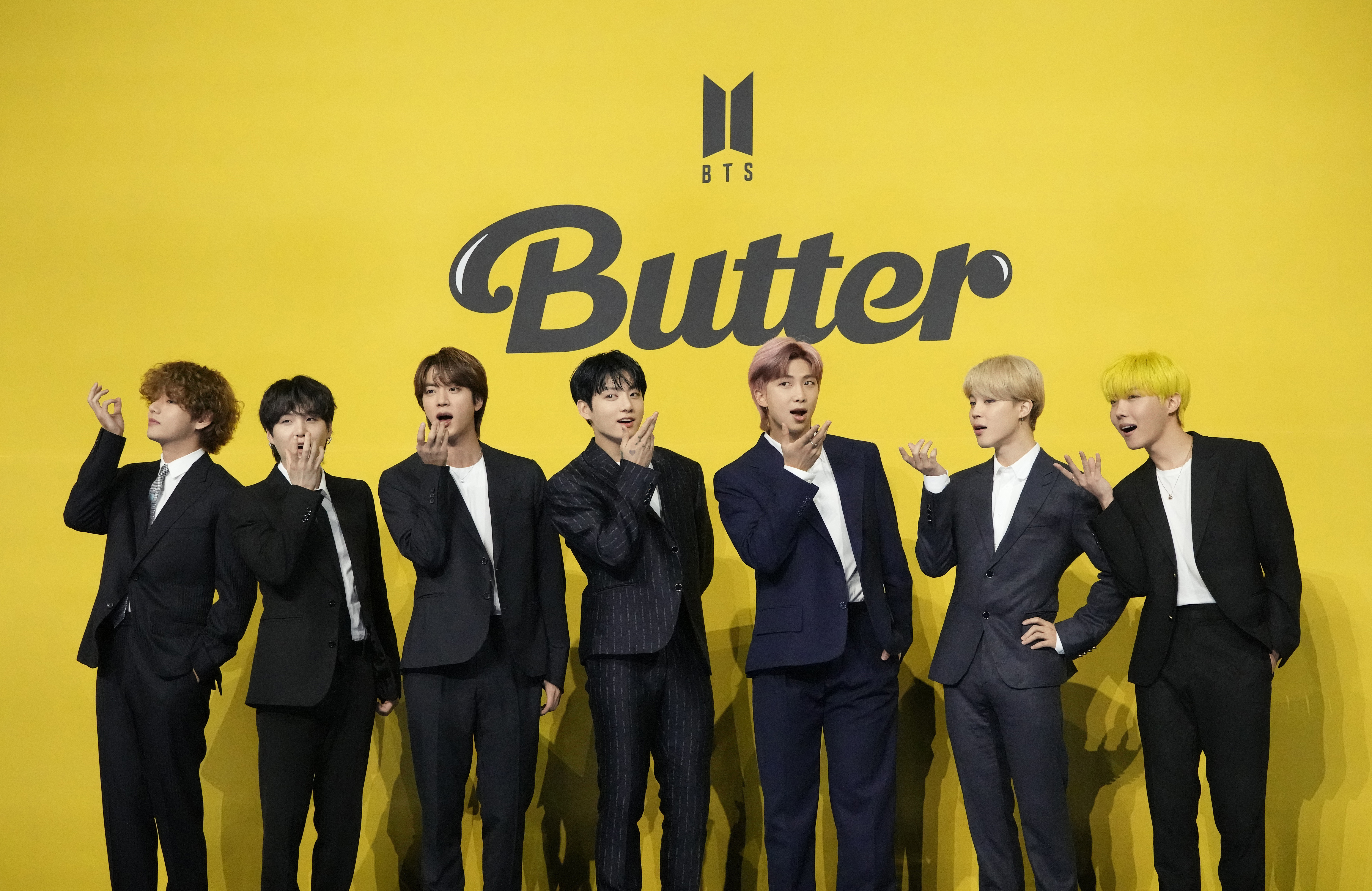 If you purchase an independently reviewed product or service through a link on our website, Rolling Stone may receive an affiliate commission.

BTS aren’t just cooking up hits in the studio – they’re also cooking up a storm in the kitchen. That’s the inspiration behind a new cookbook due out from the group this fall.

According to BTS’ label HYBE, the cookbook came after numerous requests from fans to learn about some of the dishes the guys have been seen eating in their videos and live streams. The cookbook announcement also confirms that yes, the members do enjoy cooking for themselves.

Along with popular Korean dishes like kimchi bibimbap and scallion pancakes, the book will also include more traditional fare like sujebia type of hand-pulled dough soup, and dak-bokkeumtang, a braised spicy chicken stew typically served over noodles or with rice. The video trailer for the book also teases a lively back-and-forth between the guys over the best way to eat ramyeonthe Korean version of instant ramen noodles.

The BTS cookbook will feature easy-to-follow recipes and photos of each dish, along with descriptions of what the dishes are and how they relate to the band. Special QR codes throughout the book will let readers access video guides filmed by the members themselves.

“We hope that you will enjoy every moment as you follow the steps of these recipes, imagining the conversations and feelings of BTS when they were making these dishes,” reads a description on the cookbook’s Weverse page.

the BTS Recipe Book: Book of Tasty Stories will be available in two versions: a Japanese edition and a Korean edition with English translations. Pre-order your copy now on the Weverse shop. The site says books will start shipping between September 25 and October 10.

Can’t wait until then? Amazon also has unofficial cookbooks inspired by BTS available online. The most popular BTS-inspired cookbook is titled BTS Cookbook: Authentic Korean Dishes Members of the World’s Biggest Boyband Adore and features step-by-step instructions for each recipe along with details on how each dish relates to BTS.

We also like Cook Korean!, a recipe book in graphic novel form. the New York Times bestseller features 64 recipes, including easy-to-make bulgogi (marinated beef over rice), gimbap (seaweed rice rolls) and even a beginner’s recipe for making kimchi. Each recipe is accompanied by illustrated instructions and anecdotes rendered comic book-style.