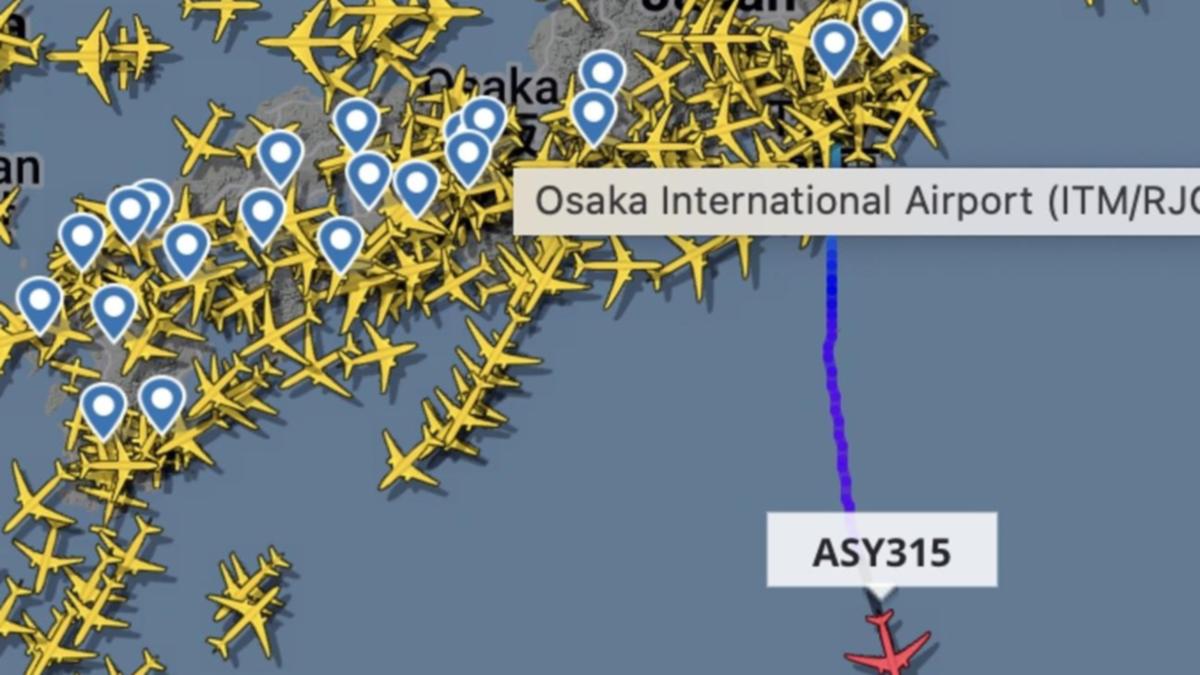 Prime Minister Anthony Albanese’s plane Toto One has once again become one of the most tracked flights online, as he heads home from Tokyo.

After a whirlwind trip to Japan for the Quad Leaders summit alongside his United States, Japanese and Indian counterparts, Mr Albanese is Australia-bound.

Over the next few days, he will need to finalize his cabinet, with a caucus meeting scheduled for Tuesday and a full swearing-in of ministers next Wednesday.

Mr Albanese’s flight – which he dubbed Toto One after his dog Toto – was widely tracked on its way over to Japan – and has garnered hundreds of views on its way back down under as well.

At 10.15am on Wednesday, there were more than 400 people tracking the flight.

Mr Albanese was on board with Foreign Minister Penny Wong, alongside senior government officials and a media contingent who had traveled to Tokyo.

While in the Japanese capital, Mr Albanese pledged Australia’s commitment to climate change, which he called the “main economic and security challenge for the island countries of the Pacific”.

In a much harsher stance on emissions reductions than his predecessor Scott Morrison, Mr Albanese told the Quad Australia would reduce emissions by 43 per cent by 2030 – a move welcomed particularly by US President Joe Biden.

“We will bring more energy and resources to securing our region as we enter a new and more complex phase in the Pacific’s strategic environment,” he said.

Mr Albanese also committed to seeking to improve relations with China, on the condition that Beijing scrapped its trade ban on Australian exports.

He said Australia was committed to the “peace and security” of the Indo-Pacific.

Mr Albanese flew to Tokyo just hours after being sworn in as Australia’s 31st Prime Minister.

Mr Biden congratulated Mr Albanese on his win, and remarked at his attendance.

“You got sworn in, got on a plane, and if you fall asleep while you’re here, it’s OK,” Mr Biden said.

“I don’t know how you’re doing it. It’s really quite extraordinary just getting off the campaign trail as well.”