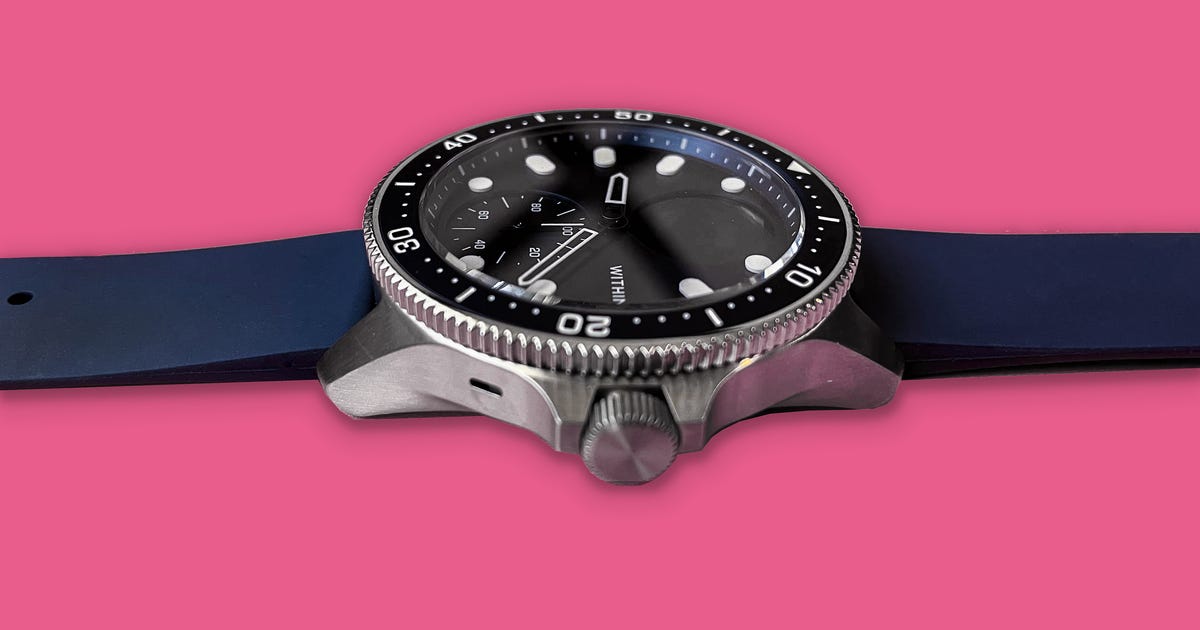 I normally wear an Apple Watch. But I spent a couple of weeks trying out a hybrid watch called the Withings ScanWatch Horizon.

Smartwatches aren’t cheap. You should know what you’re getting for your money, and whether alternatives might be worth investing in.

great smart watch should do three things well: prevent you from constantly grabbing your telephone, track health metrics and look great on your wrist. but not all smartwatches are the same. Some are better at replacing phone, while others look more like a regular wristwatch. That’s the biggest difference between traditional smartwatches (like the Apple Watch) and hybrid smartwatches such as the Withings ScanWatch Horizon, which I recently reviewed.

Conventional smartwatches do a little bit of everything. They’re relatively stylish, have plenty of health and activity tracking functionality and are packed with phonelike features such NFC for mobile payments and a speaker and microphone for taking calls. Apple Watch, Samsung Galaxy Watch 4, Fitbit Sense and upcoming Pixel Watch fall into this category.

But hybrid watches usually combine the qualities of analog timepieces and smartwatches, just as the name implies. They tend to look more like regular watches, with traditional faces that have physical hands for the hour and minutes instead of digital numbers. Hybrid watches don’t have as many “smart” features, but they typically last longer on a single charge and still pack plenty of health-tracking options.

I prefer traditional smartwatches and usually wear an Apple Watch. But spending a couple of weeks with the $500 Withings ScanWatch Horizon reminded me why hybrid smartwatches can be appealing — and also how they fall short compared with general-purpose smartwatches.

Read more: Google Pixel Watch: What We Know (and Don’t) So Far

Tethered to my phone

I felt more reliant on my phone when switching from the Apple Watch to the ScanWatch Horizon. Withings’ hybrid watch can show notifications (like calls, texts and app alerts), and you can also use the watch to set timers and alarms.

But even these basic tasks are easier to accomplish on traditional watches. Since the ScanWatch Horizon only has a small circular screen that occupies a fraction of the watch’s face, it’s not ideal for reading full notifications. As I wrote in my reviewthe ScanWatch Horizon’s lack of a touch screen and voice controls also made it less convenient to set times and alarms from my wrist.

If you want a smartwatch that can take some of the burden off your telephone when it comes to everyday tasks, the ScanWatch probably isn’t it. Think of the ScanWatch Horizon as a watch first and a smartwatch second. Even though I don’t have my Apple Watch connected to my data plan, it’s still a useful surrogate for my phone. I don’t have to take my phone out of my pocket for tasks like replying to text messages, browsing news headlines while I’m waiting for the elevator or checking out at the cash register at my local Rite Aid.

That’s not the case with the ScanWatch Horizon. I grabbed my phone almost immediately whenever I felt the buzz of a notification. The ScanWatch Horizon feels more like a fashion accessory with built-in health tracking. I loved the way it looked on my wrist, but didn’t find myself using the screen for much other than to check the time or start a workout. Most of my engagement happens within the Withings HealthMate app, which provides a breakdown of bodily metrics and activity.

Read more: How the Apple Watch Can Become an Even Better Fitness Tracker

The ScanWatch Horizon is more limited than the Apple Watch when it comes to mimicking your phone’s functionality, but it has a different advantage. With its stainless-steel casing, rotating laser-engraved bezel and analog watch face, the ScanWatch Horizon is one of the most elegant smartwatches you’ll find. Not to mention, it’s also cheaper than the stainless-steel version of the Apple Watch Series 7, which starts at $700.

the Apple Watch Series 7, on the other hand, usually lasts for one to two days on a single charge. But that’s also because the Apple Watch has a lot more technology built into it. The OLED color touchscreen alone has a huge impact on the battery compared with the ScanWatch Horizon’s tiny display. Some other wearables like the Garmin Venu 2 Plus that also use OLED displays can last up to nine days. It is possible to get more battery life out of today’s smartwatches without sacrificing a bright color display.

Both watches go deep on health, but they have different strengths

If there’s one area where neither watch compromises, it’s health tracking. The ScanWatch Horizon and Apple Watch Series 7 can both measure all of the hallmark health metrics found on high-end smartwatches. That includes electrocardiogram (EKG or ECG) measurements — both watches have FDA clearance for this feature — and general heart rate data, activity and exercise, sleep and blood oxygen saturation levels. Withings’ blood oxygen feature also has FDA clearanceunlike Apple’s.

Even though they share many similarities when it comes to health tracking, the smartwatches have their own strengths. Withings, for example, has much more sleep data to offer. You can see a breakdown of how much time you spent in light or deep sleep, average sleeping heart rate and breathing disturbances. It also issues a sleep score that assesses the quality of your sleep, similar to products from Fitbit, Oura and Amazon.

The Apple Watch only shows sleep duration, time spent in bed and sleeping respiratory rate. That information is useful too, but having access to data about my sleep quality helps me understand why I might be feeling tired or energetic in the morning. It also motivates me to hit the sack earlier than usual if my sleep score hasn’t been very high lately.

The Apple Watch’s design gives it an advantage over the Withings ScanWatch Horizon in a few other areas. It’s smaller and lighter, which makes the Apple Watch much more comfortable to wear during workouts and to sleep (although I usually charge my Apple Watch overnight instead). Plus, the Apple Watch has built-in GPS for tracking outdoor runs, while the ScanWatch Horizon must rely on your phone’s GPS. The Apple Watch is also more effective at encouraging me to stay active throughout the day since I can customize the display to show my Activity Rings.

The Withings ScanWatch Horizon inherits some of the biggest advantages of analog watches: a classy design and a battery that doesn’t need to be charged nightly. It’s also a top-notch fitness tracker that doesn’t require a subscription to unlock deeper insights like devices from Fitbit and Oura do.

That said, it hasn’t convinced me to stray from more traditional smartwatches like the Apple Watch. I value the convenience of being able to verbally ask my watch to start a workout, or respond to texts from my wrist, more than having the best-looking watch. I might have appreciated the ScanWatch Horizon’s distinguished design more back in 2013 when smartwatches still looked like this. Now that smartwatches have gotten smaller and lighter and they’re more common, they don’t seem out of place on your wrist at weddings and dinner parties.

The ScanWatch Horizon is ideal for those who want both a classic watch and a fitness tracker in one device. I could see why some might prefer the ScanWatch Horizon’s simplicity, since it means the watch itself is less distracting. But the Apple Watch does a better job of freeing you from your phone, and that matters more to me.