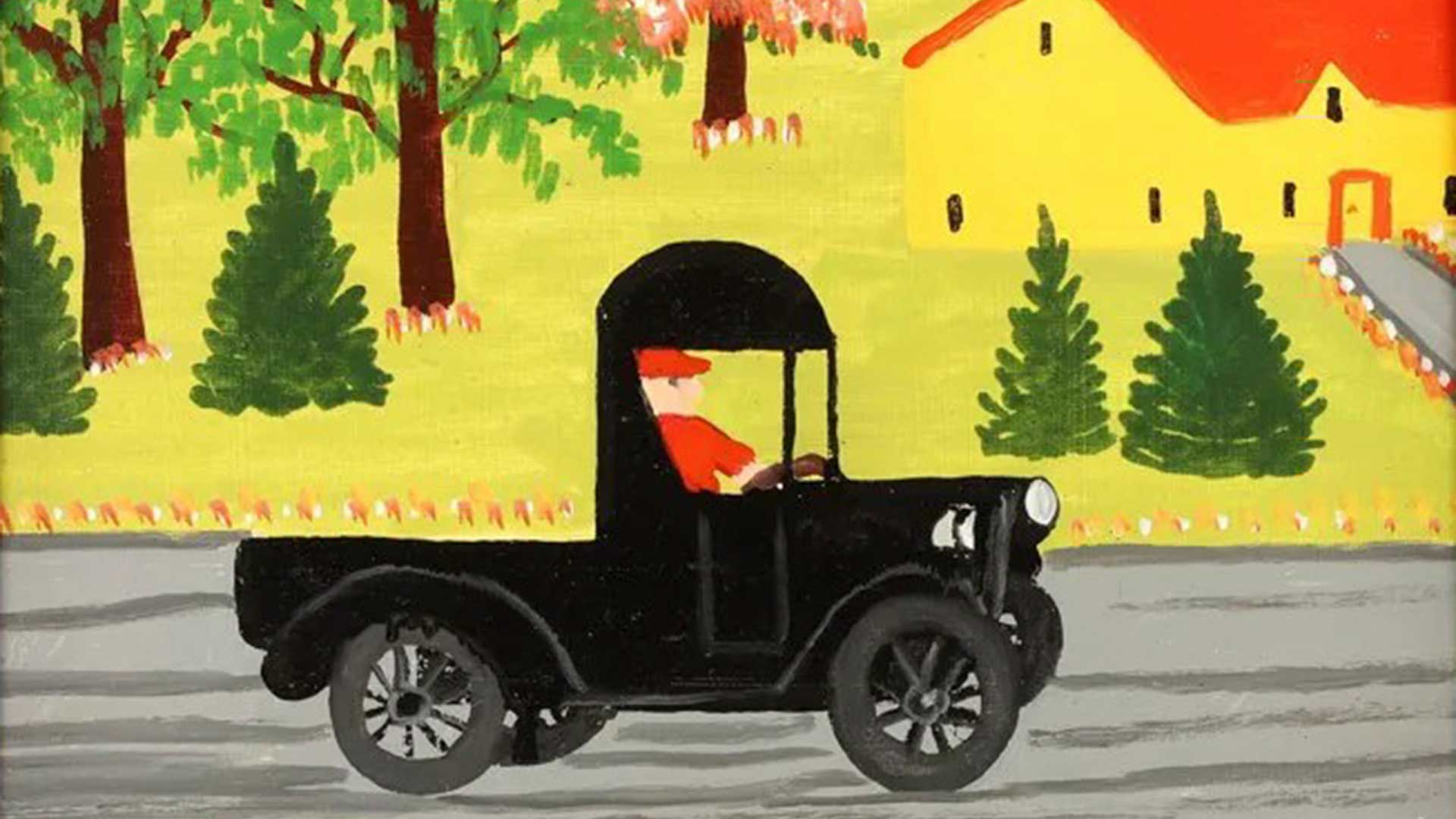 A WOMAN who traded a cheese toastie for a painting from a punter at her restaurant has discovered it is worth a whopping £22,000.

Irene Demas and her husband Tony swapped the sandwich for the pricey artwork at their eatery in Ontario, Canada, back in the 70s.

They recently discovered their bartering had paid off in more ways than one – after finding out they had bagged the work of acclaimed Canadian folk artist, Maud Lewis.

Instead of a standard payment system at their restaurant, the couple traded dishes for wacky items from their eclectic customer base.

Artists, bakers, craftspeople, florists and artisans flocked to the funky café in a bid to score a good meal that they could pay for in possessions.

Owners Irene and Tony became particularly familiar with a Brit couple, John Kinnear and his wife Audrey, who enjoyed swapping for their snacks.

The grilled-cheese obsessed customer regularly brought in paintings with his pals to barter – including the incognito masterpiece.

The cheese toastie trading ritual continued despite Irene’s attempts to convince John to try other dishes on the menu, as he “just loved” the simple sandwich.

The Brit then brought in six paintings for the restaurant owner to choose from during one of their standard lunchtime swaps.

Irene told The Guardian: “I just sat there in silence for quite a while. I’d never ever seen any art like that before.

“At first I thought they might be playing some sort of trick on me. Did a kid do some of these?”

But John explained to the couple that he had met an artist in the province of Nova Scotia, who was “so poor she didn’t have the right things to paint on.”

The struggling painter – who was later discovered to be Maud – had to resort to using scraps of wood as a canvas and leftover paint fishermen used on their boats.

Pregnant Irene decided to select a simple painting of a black truck to hang in her unborn son’s bedroom from the stack.

Maud developed rheumatoid arthritis prior to her death in 1970 at the age of 67. It was after she died that her name in the art world boomed.

It’s just too bad she didn’t live long enough to really reap the benefits of her art.

The painting and two letters are set to be auctioned off on May 14, where they are set to scoop up to £22,000.

Ethan Miller who is chief executive officer and auctioneer at Miller & Miller Auctions in New Hamburg, told CBC that the truck painting is a rare example of Maud’s work.