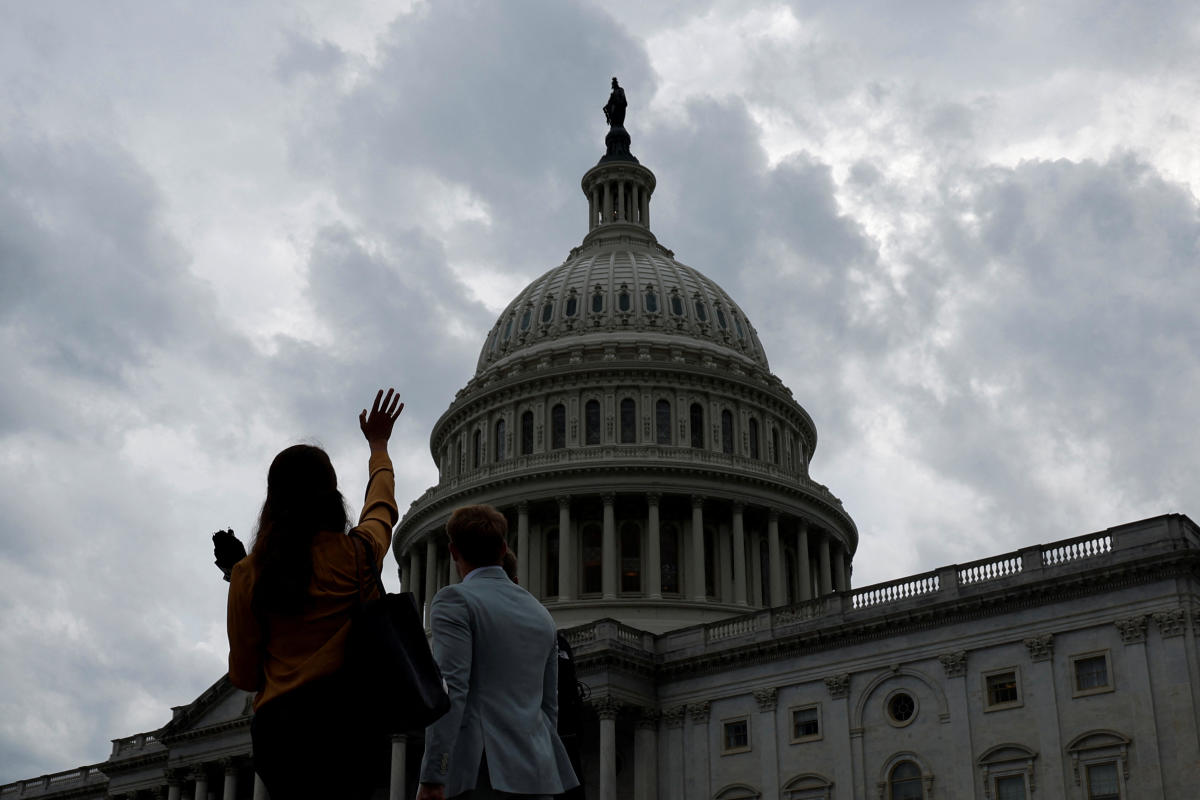 The Democrats’ reconciliation bill has both sides of the partisan divide citing study after study to argue for or against the deal. The bill, known as the Inflation Reduction Act, aims to curb climate change, improve health care, raise certain taxes, and cut the deficit.

The problem is sometimes opposite sides are making their cases using the same data.

It’s not the first time policymakers have cherry-picked data, but the back and forth has been on overdrive this week. The debate has created uncertainty around the deal’s impact as lawmakers prepare to begin voting on the 725-page bill in coming days.

“I think there’s a lot of confusion around it,” says Moody’s Analytics chief economist Mark Zandi in an interview Wednesday. He recently co-signed a letter with over 100 fellow economists urging passage of the bill and attempting to clarify its provisions.

The deal grew out of a behind-the-scenes negotiation between Sen. Majority Leader Chuck Schumer (D-NY) and Joe Manchin (D-WV). Virtually nobody expected them to unveil the Inflation Reduction Act of 2022, but the effort quickly spawned a number of analyses, many of which, unsurprisingly, evaluate whether it will actually reduce inflation.

In recent days, Manchin in particular has tried to sell the bill with new data coming in seemingly by the hour, acknowledging in a recent conversation on CNBC that “different people have different opinions.”

So, will it reduce inflation?

The Penn Wharton Budget Model delivered a blow to the effort by predicting it would slightly increase inflation until 2024 and then decrease it afterwards. In total, the group says it has little confidence it will impact inflation at all in either direction.

The Committee for a Responsible Federal Budget pushed back directly against Penn Wharton while acknowledging that the Inflation Reduction Act wouldn’t drastically cut inflation.

“This bill is not going to get us from 9% inflation down to the 2% to 3% [the target range for the Fed],” Marc Goldwein, a senior director at the committee, told Yahoo Finance Live. Goldwein, who supports the bill, argued that it aims to “make the Federal Reserve’s job just a little bit easier so that they can fight inflation with fiscal policy moving in the same direction.”

But the nuanced argument has spurred some of the bill’s opponents to cite economists who actually support the bill — including Zandi of Moody’s. He was also featured in a recent Republican missive. The press release taunted that even “President Biden’s favorite economic forecaster” had said the bill isn’t “a game changer by any respect” during a CNN interview.

In Wednesday’s interview, Zandi reiterated his support for the deal and said it’s worth the cost. Asked Wednesday about being caught up in the partisan back and forth, he said, “Well, to be frank…I haven’t paid any attention to that whatsoever.” Instead, he’s been busy studying the bill itself.

Will it raise taxes on the middle class?

The bill directly raises funds in three areas: a new minimum tax on some corporations, new money to help the IRS chase down tax cheats, and lessening the “carried interest loophole” favored by money managers.

However, an analysis from the Joint Committee on Taxation (JCT), requested by Republicans, has fueled a debate over whether the bill will actually increase costs on the middle class.

Republicans have trumpeted the report’s conclusion that the Schumer-Manchin bill would indirectly lead to up to $16.7 billion worth of tax increases on American taxpayers earning less than $200,000. In a speech, Senate Minority Leader Mitch McConnell (R-KY) cited the group, saying the bill “would shatter President Biden’s promise not to impact households earning below $400,000.”

Other backers of the bill say the results are misleading. They point out that it doesn’t directly impose new taxes on the middle class. While those backers acknowledge some corporations may indeed pass along the costs of their increased tax bills, they say its overall impact on middle earners is positive.

And, of course, proponents of the bill have a study to back that up. The study, from a group called Rewiring America, found the bill could save the average household $1,800 per year on energy bills.

Treasury Secretary Janet Yellen weighed in Tuesday in a letter to lawmakers. The bill “would either reduce or have no effect on the taxes due or paid by any family with income less than $400,000,” she said.

She added, “The clean energy tax credits and the expanded premium tax credit will cut taxes for millions of Americans.”

How will it impact Corporate America?

The Joint Committee on Taxation has also spurred a debate on the corporate tax. Schumer and Manchin aim to raise rates on corporations that have made over $1 billion in book profits in recent years but pay less than 15% in taxes — raising an estimated $313 billion over the coming decade.

Half of the tax would be paid by “well-known tax dodgers in the pharmaceutical and technology industries, as well as other outsourcers like the apparel industry, where 97% of clothing sold in the US is made in overseas factories,” wrote Sens. Elizabeth Warren (D-MA) and Ron Wyden (D-OR).

Meanwhile, the economist Douglas Holtz-Eakin has said the corporate tax could dissuade oil companies from ramping up production because doing so could increase their profits and make them eligible for the new corporate tax.

While lawmakers may say they are not looking to hurt the fossil fuel industry, “that book minimum tax is aimed right at them,” says Holtz-Eakin.

How much will it really reduce the deficit?

The two sides are also debating whether the bill would really reduce the deficit. The estimates vary from around $305 billion to $248 billion over the coming decade, making it one of Washington’s biggest efforts in decades to slash the deficit.

For his part, Zandi acknowledges the political process means the bill isn’t perfect.

“If I were king for the day and my sole goal, without any political constraints, was to reduce inflation, I might have come up with a different piece of legislation,” he said.

Still, he stressed the bill will bring down costs for many Americans. Zandi added, “I thought it was a very good effort.”

Ben Werschkul is a Washington correspondent for Yahoo Finance.