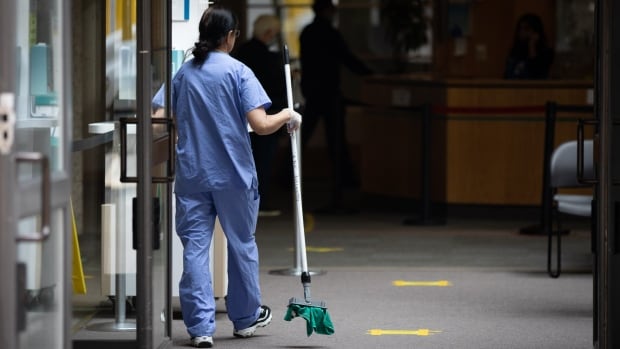 Members of one of the largest unions in BC have voted overwhelmingly in favor of striking, citing skyrocketing inflation and the need for cost of living-based wage protection.

Close to 95 per cent of BC General Employees’ Union (BEGEU) members employed in the public service industry, including correctional officers, administrative staff and government employees, voted between May 16 and June 22. The results were released Wednesday.

“It was the largest vote that our union has ever held of its kind,” said Stephanie Smith, BCGEU president and chair of its bargaining committee, “and we couldn’t be more thrilled with the outcome.”

She said after nine weeks of negotiation, the union went back to their members for a vote when the province tabled wages that did not address their concerns for inflation protection and the rising cost of living.

BCGEU representatives will meet with provincial negotiators on Monday. The strike vote gives the union the mandate to strike if wage demands are not met.

“What really brought us to impasse was a wage offer that wasn’t even in the ballpark of addressing our members’ concerns,” Smith told CBC News.

On Wednesday, Canada’s inflation rate hit 7.7 per cent — the highest since 1983.

“We’ve heard from members who were saying they are literally living paycheque to paycheque and sometimes that paycheque isn’t making it all the way through,” she said. “Rates of inflation haven’t been two per cent since April of last year.”

“Our proposal has been the same from the get go. It has been five per cent or a cost of living adjustment, whichever is greater,” Smith said. “We need to have a wage offer that they’re going to see as being appropriate and they will vote yes for.”

Other unions ask for same thing

The contract between the province and the BC Teachers’ Federation (BCTF) is set to expire at the end of June, according to newly elected president Clint Johnston, and the union has already been at the bargaining table for the last 32 days.

“What we are asking for are to improve the working conditions for our members, reduce the workload but also get a pay increase that keeps them from going backwards with the rising cost of living,” he said.

He said the province has offered them a two per cent increase, which is not even close to what members are asking for.

“We have the second lowest rate of pay for teachers in Canada and you combine that with living in one of the most expensive cities in Canada and the rising cost of living, people cannot afford to take on teaching as a viable career.” Johnston said.

He said in addition to wage increases, the federation would also like to see better class sizes to reduce workload and address burn out in teachers.

“We’d like to see more preparation time… where teachers are doing professional work but not in front of students,” Johnston said.

Since mid-April, the Professional Employees Association (PEA) have also been bargaining with the province for better wages, but has been at a standstill since May.

According to the association’s labor relations officer, members have voted 92 per cent in favor of a strike.

“The proposal that’s most contentious and that lead to the impasse and subsequent strike vote is regarding wages. The union is looking for a wage increase that would address cost of living increases that our members are facing,” Melissa Moroz told CBC News.

She said she’s not surprised to hear that the province has invited the BCGEU back to the bargaining table as they are a larger public service union.

“We share a sick leave plan with them, a pension plan with them, a long-term disability plan and extended health benefits, so we want them to do well at the bargaining table because they’d lift us all up,” she said .

She said members are hoping to reach a deal with the government before having to take strike action and will closely monitor what happens between BCGEU and the province.