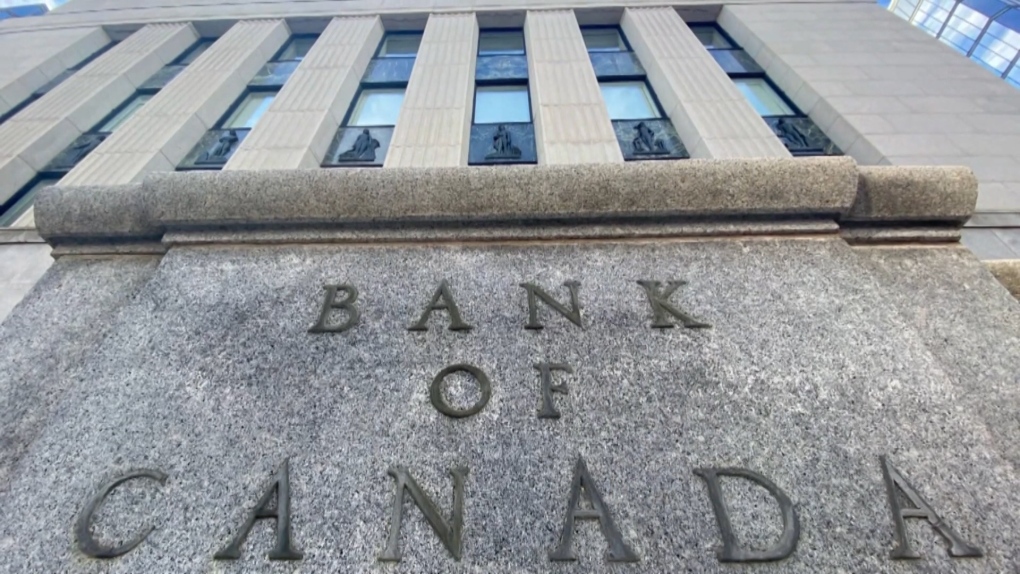 Inflation appears to have peaked but it’s still running hot and a supersized rate hike from the Bank of Canada next week is widely expected.

Some economists think Wednesday’s hike could be the last for a while.

“We think that by the time October comes around, we might be in a good enough position for the bank to take a pause and look at how the economy is reacting,” said Karyne Charbonneau, CIBC’s executive director of economics.

The September rate call comes at a crucial time for Canada’s economy.

As gas prices fell, the year-over-year inflation rate sat at 7.6 per cent in July, down from 8.1 per cent in June. Second-quarter GDP grew compared with the first three months of the year, though that slowed toward the end of the period and a preliminary estimate suggests a contraction in July. Meanwhile, the unemployment rate is holding at a historical low.

Despite the drop in the inflation rate, Bank of Canada Governor Tiff Macklem said in an Aug. 16 op-ed that nearly 40-year high inflation was still a major concern.

“Inflation in Canada has come down a little, but it remains far too high,” Macklem wrote. “We know our job is not done yet — it won’t be done until inflation gets back to the two per cent target.”

Some of Canada’s major banks are forecasting the central bank will the key interest rate by three-quarters of a percentage point, bringing it to 3.25 per cent.

In a closely watched speech last week, US Federal Reserve Chair Jerome Powell delivered a stark message on its own rate hike cycle, saying the Fed will likely impose more large interest rate hikes in coming months. His message from him that the US central bank will stay aggressive on interest rates had some observers speculating that the Bank of Canada hike on Sept. 7 could even be a full percentage point.

The bank hiked its key rate in July by a full percentage point — the largest single rate increase since August 1998 after a series of hikes that began in March. Previously, the rate had been at 0.25 per cent where it sat since it was slashed to near-zero early in the pandemic.

Higher interest rates feed into higher lending rates across the economy, making it more expensive for Canadians and businesses to borrow money. The central bank is hoping that by making the cost of debt more expensive, spending in the economy will slow and inflation will cool.

However, senior economist David Macdonald at the Canadian Center for Policy Alternatives warns the rapid pace of the hikes could have serious repercussions because of the high level of business and household debt in the economy.

That higher level of debt, he says, will make it harder to achieve the bank’s desired “soft landing,” where interest rate hikes bring inflation down without triggering a recession.

“What I really wanted to bring out in this analysis was the fact that private sector debt is much higher today than it was in the 1980s 1/8and 3/8 1990s and previous times that we’ve seen this kind of rapid rate increase, Macdonald said. “And why this matters, of course, is that it’s not just the interest rate that matters, the interest rate is charged on something. It’s charged on private sector debt.”

Macdonald has been calling for alternative solutions to cool inflation using federal government rather than central bank policy.

Some of his recommendations include changing mortgage underwriting rules for investors to cool housing prices and expanding the new excess corporate profits tax beyond financial institutions.

“There’s very, very good reasons why we have operationally independent central bank trying to target inflation rather than governments, because governments in the past have done a very poor job at that,” he said.

Ragan said the independence of the Bank of Canada allows it to act forcefully in the face of inflation, while any government intervention would be highly political. Nevertheless, Ragan says bringing inflation down with interest rate hikes is painful.

“That’s actually why it’s so important to never let inflation get high in the first place,” said Ragan. “Because it’s not just that high inflation is bad, it’s that reducing high inflation back down to low inflation hurts a lot.”

This report by The Canadian Press was first published Sept. 2, 2022.