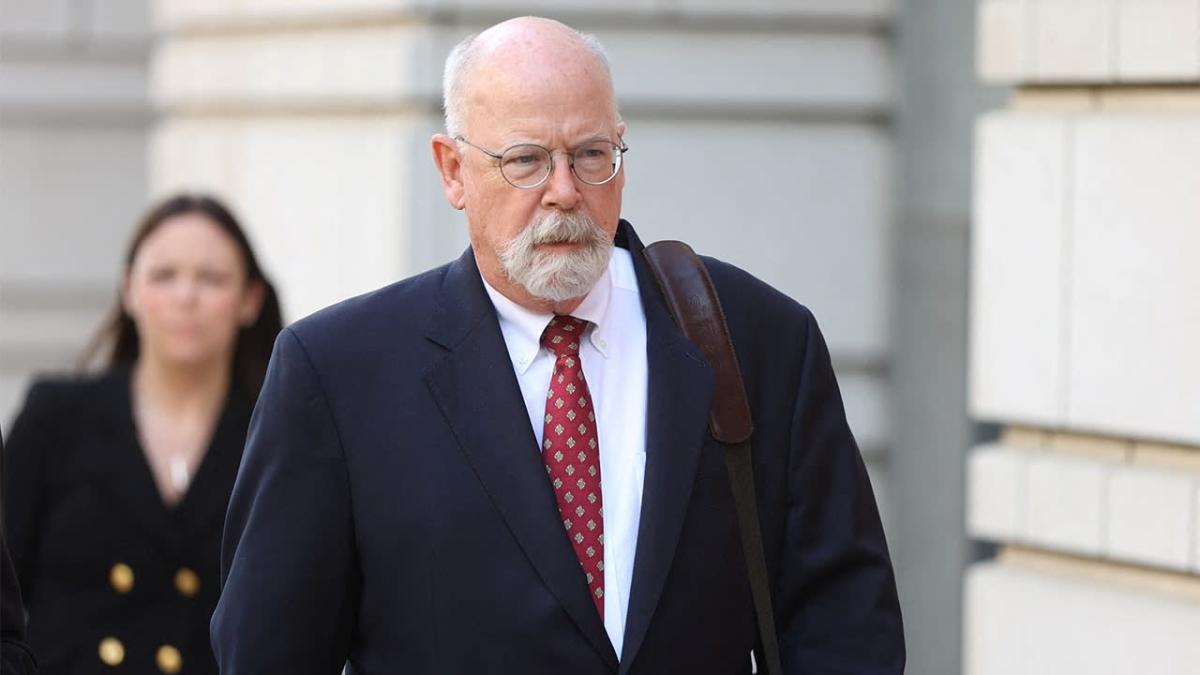 A former subordinate of Rodney Joffe, the technology executive Special Counsel John Durham says worked with Michael Sussman to push the Trump-Alfa Bank allegations, said he was, “extremely uncomfortable” with the research work he was tasked with connected to then-candidate Donald Trump.

Jared Novick, the CEO of a company called Bit Voyant, was brought to the stand by the government Thursday as part of the Sussmann trial.

Novick testified that one of his bosses, Rodney Joffe, who Durham refers to as “Tech-Executive-1” in his filings, approached him in August 2016 with the “extremely uncommon” task of researching data associated with Donald Trump, his associates and Russia.

“It was unique,” Novick testified. “We never before did any tasking like this.”

SPECIAL COUNSEL JOHN DURHAM’S PROSECUTION OF MICHAEL SUSSMANN: EVERYTHING YOU NEED TO KNOW

He added: “It felt very political, the whole thing to me felt like opposition research.”

Novick testified that Joffe sent him a PDF file with a handful of names and corresponding personal information. Among the names were Trump campaign aide Carter Page and Trump associate Richard Burt.

“I moved forward with the tasking, but I was extremely uncomfortable,” Novick testified.

Novick said he assigned the work to a small group of researchers at his company and named the project “Crimson Rhino” so that he could keep it separate from the majority of the company’s employees.

Novick added that he wanted to “do it quickly and get rid of it.”

Sussmann, on Sept. 19, 2016, set up a meeting with then-FBI General Counsel James Baker where he brought two thumb drives of data and white papers alleging the Trump Organization was using a secret back channel to communicate with Kremlin-linked Alfa Bank in the weeks leading up to the presidential election.

Sussmann is charged with making a false statement to the FBI. During that meeting, Sussmann allegedly told Baker he was not bringing the allegations on behalf of any specific client, but rather as a citizen concerned with national security. Durham’s team alleges they have evidence that Sussmann later billed Hillary Clinton’s presidential campaign for her FBI meeting.

Sussmann has pleaded not guilty.

EXCLUSIVE: TRUMP REACTS TO TESTIMONY THAT CLINTON SPREAD RUSSIA ALLEGATIONS: ‘WHERE DO I GET MY REPUTATION BACK?’

Durham, in a court filing earlier this year, said that in July 2016, Joffe worked with Sussmann, a US investigative firm retained by Law Firm 1 on behalf of the Clinton campaign, numerous cyber researchers and employees at multiple internet companies to “assemble the purported data and white papers.”

“In connection with these efforts, Tech Executive-1 exploited his access to non-public and/or proprietary Internet data,” the filing states. “Tech Executive-1 also listed the assistance of researchers at a US-based university who were receiving and analyzing large amounts of Internet data in connection with a pending federal government cybersecurity research contract.”

“Tech Executive-1 tasked these researchers to mine Internet data to establish ‘an inference’ and ‘narrative’ tying then-candidate Trump to Russia,” Durham states. “In doing so, Tech Executive-1 indicated that he was seeking to please certain ‘VIPs,’ referring to individuals at Law Firm-1 and the Clinton campaign.”

Meanwhile, Sussmann’s defense attorneys attempted to poke holes in Novick’s credibility by suggesting he had a difficult relationship with Mr. Joffe as a boss.

Novick eventually agreed that he had a “challenging time” with Joffe.