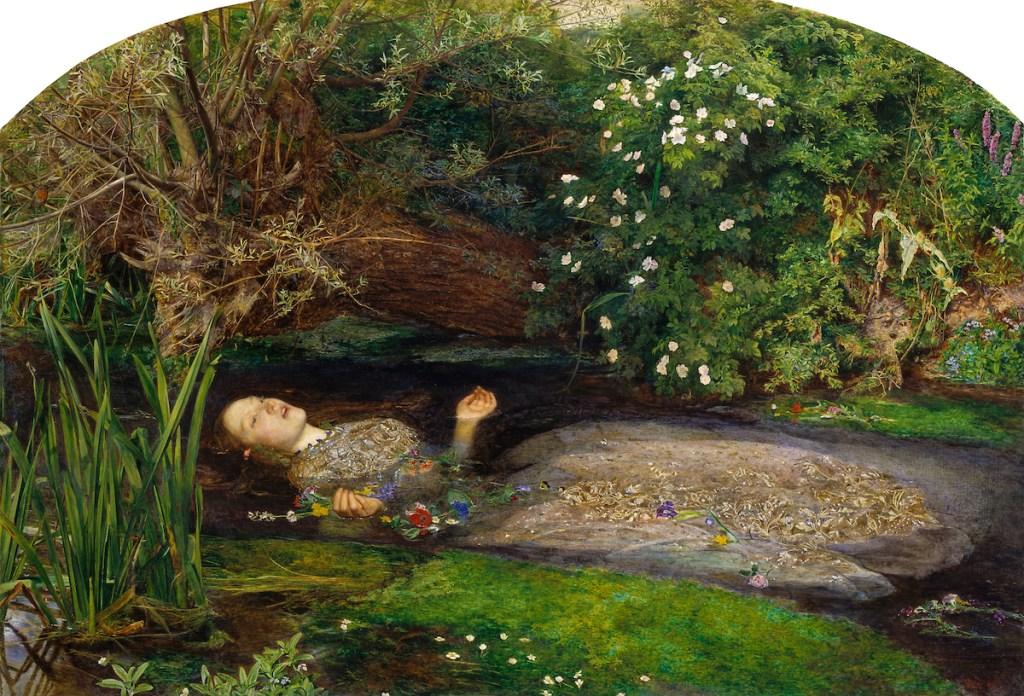 During the early 20th century, the Milanese heiress Marchesa Luisa Casati dyed her hair a bold shade of red, dropped Belladonna into her eyes to widen her pupils, and exuded a devil-may-care charm, bewitching anyone who came into her orbit. Artists Man Ray, Giacomo Balla, and Kees van Dongen were among the famed modernists who came under her spell. But it was a woman artist, the painter Romaine Brooks, who painted what may just be Casati’s most provocative portrait of her.

Brooks’s Portrait of Luisa Casati (1920) depicts the lithe heiress clothed only in a thin black fabric that does little to conceal her naked body. She stands in a rocky niche with one arm pushed against the painting’s edge, and fabric falls down around her, making her look like she’s a bat. Casati knowingly stares back at her viewer, in a gaze with which Brooks must have been familiar, since she cheated on her long-time partner to lead a sexual relationship with Casati. 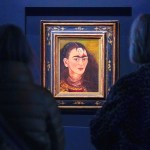 When most of us talk about muses throughout art history, we don’t think about ones like Casati, who exerted some level of influence over her portraitists. We instead generally think about women who were ground down by the men who painted them, wielding their canvases brutally as part of a power play. Those women are typically perceived as some combination of the following: white, European, nondisabled, heterosexual, cisgender. They are seen to have played no role in the making of their images, and to have been victims because of it.

That all makes the critic Ruth Millington’s new book Muse: Uncovering the Hidden Figures Behind Art History’s Masterpieces (Pegasus) a provocative take. Early on, Millington calls the traditional view of muses “oversimplified,” and goes on to write, “Without doubt, it’s time we reconsidered muses, reclaiming them from reductive stereotypes, to illuminate their real, involved and diverse roles throughout art history.”

Millington is responding to the spate of articles since the beginning of the #MeToo movement that has been called for an end to the artist-muse relationship. In her introduction to her, she quotes the Guardian critic Jonathan Jones as writing, “It’s time to lock this silly term away in the attic.” (Despite this, Jones has continued to use the word “muse” in his reviews.) His viewpoint may be toward the more extreme end of things, but artists like Celia Paul and Françoise Gilot have written powerful treatises about being manipulated by Lucian Freud and Pablo Picasso, respectively, and some women who have modeled for Chuck Close and Terry Richardson have accused the artists of sexual misconduct, which both have denied.

The larger reckoning with the problems of being a muse has taken on epic proportions in the past few years, and it has certainly made us more aware of the ways that just about any artist-muse connection is bound to be riven with power imbalances. If anything, Millington suggests, we haven’t learned enough from this ongoing debate. She may be on to something, too.

Take the example of artist Dora Maar, a lover of Picasso whom he famously represented crying her eyes out. “Women are machines for suffering,” Picasso once said. Picasso, Millington notes, was “abusive” to Maar—he never left his wife while the two had an affair, and there is some evidence that he may have punched Maar on at least one occasion. But there is one detail that has intrigued Millington about Picasso’s most famous portrait of Maar, Weeping Woman (1937): “you can see a silhouette of a warplane in place of each pupil,” Millington writes. Millington reads this as a reference to the leftist, antiwar sentiments that Maar often espoused. Perhaps her politics rubbed off on Picasso.

Maar, who was a photographer in her own right, is one of the better-known names in Millington’s book—most others will be unfamiliar to a general readership. Among the others are Helene Dumas, daughter of the painter Marlene Dumas; Lawrence Alloway, a critic who posed in the nude for portraits reversing the male gaze by his partner, the feminist painter Sylvia Sleigh; Elizabeth Siddal, who was depicted by several Pre-Raphaelite painters in 19th-century England; and Lila Nunes, who appears in paintings by Paula Rego that figured in the artist’s recent Tate Britain retrospective.

Surprisingly, Millington’s book also includes a good deal of men. One of the book’s most thrilling chapters is a short one given over to Takahiro “Moro” Morooka, the Japanese boyfriend of the young Chinese photographer Pixy Liao, who has pictured him in overtly submissive states. In one image, a nude Morooka lies supine on a table with a piece of fruit covering her genitals; Liao, seated nearby, smokes a cigarette and stars at the camera. “Using Moro as her muse de ella,” Millington writes, “Liao demonstrates and celebrates an alternative version of the ways in which a relationship can work between a man and a woman.”

Statements such as this one risk growing pat, and Millington seems more focused on moving quickly than she does on doing art-historical deep dives. She has a habit of asking questions without answering them, and then undermining these open queries later on with statements that seem to sidestep the issue.

One chapter focuses on Anna Christina Olson, a young woman with Charcot-Marie-Tooth disease who appeared in Andrew Wyeth’s famed painting Christina’s World (1948). In it, Olson is seated in a field, looking out at a house nearby. “It’s clear that Wyeth was in no way drawing attention to Olson’s body from her in order to present her as a ‘freak,’” Millington writes. “But was he, perhaps, airbrushing out her disability from her?” It’s a question worth asking, especially since Wyeth used his nondisabled wife Betsy as a model when painting the work. But then, toward the chapter’s end, Millington makes the flat assertion that “Wyeth was paying tribute to the everyday experience of his close friend and muse of him, whom he admired on many levels.”

There are other times when you want Millington to really sink her teeth into her material and mine it for all it’s worth. More than once, the Hungarian Indian painter Amrita Sher-Gil is invoked. Millington mentions Portrait as Tahitian (1934), in which Sher-Gil poses in the guise of a female figure who appeared in Paul Gauguin’s paintings of his own muses. Sher-Gil “reclaims herself,” Millington writes, failing to mention that the artist only did so by cosplaying as a Polynesian woman.

Ironically, these omissions only further underscore the crux of Millington’s book: there’s still more to be said about muses. And, as Millington accurately points out, it can be astonishing just how much disinformation there is out there about them.

There’s the case of Frida Kahlo, whom Millington mentions often took herself as a muse, in something of a proto-feminist strategy. In one memorable painting, Kahlo sits in a chair holding a pair of scissors, having apparently cropped her own hair until it’s short, like a man’s, and having left locks all around her feet. Kahlo’s way of wresting her own image of her from men around her who sought to subsume her, including her husband of her Diego Rivera, was to make a picture in which she became one of them.

In 2021, the Museum of Modern Art, which owns the painting, tweeted an image of that work with a quote that, it turned out, had been written not by Kahlo but by a teenager using the PostSecret website in 2008, 54 years after Kahlo’s death. How does one of the world’s top museums get something like that wrong? Millington might suggest it has to do with a gap in the historical record. “Identifying, and understanding the lived experiences of, depicted muses adds real depth to our understanding of renowned artworks,” Millington writes. Point taken.