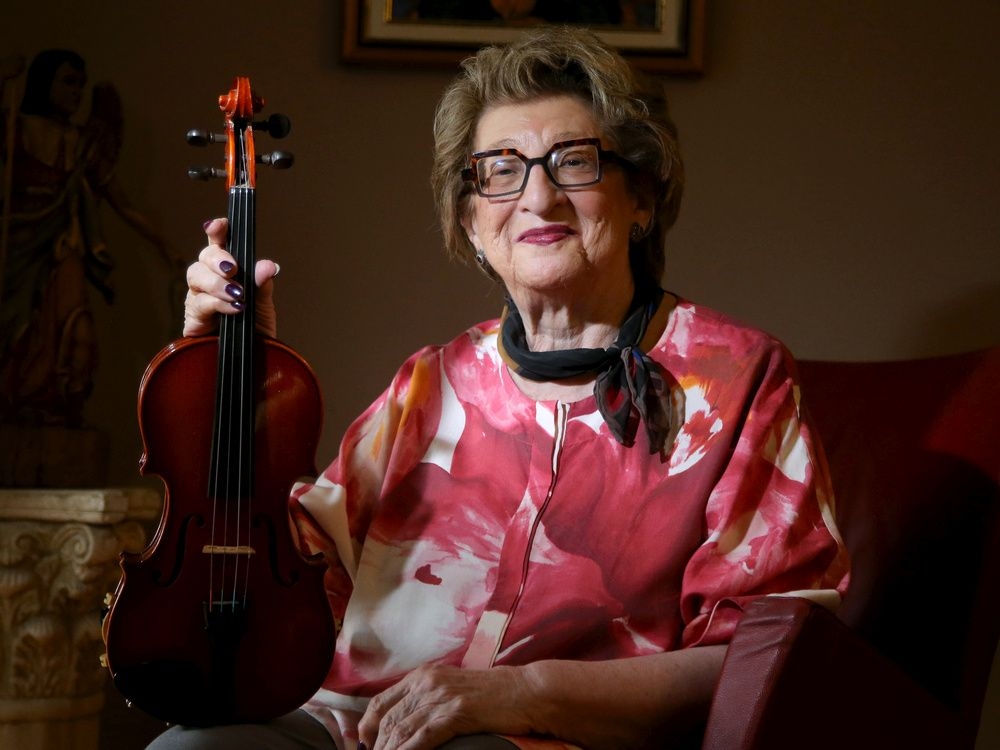 Marina Kun tends to shrug off the notion that she did anything special when she began helping her late husband sell a device he invented to ease the physical strain of playing the violin.

But consider the facts. Under Marina’s leadership, the company Joseph Kun founded in 1972 to manufacture the device — a shoulder rest that attaches to the instrument to improve the ergonomics — has grown to become a market leader, with patents in more than 100 countries. It’s used by millions of violinists (and violists) around the world, including Canadian stars like James Ehnes, Lara St. John and Chamberfest artistic director Carissa Klopoushak.

Perhaps most impressive is the company’s longevity. The Kun Shoulder Rest celebrates its 50th anniversary this year, still going strong and still made in Canada. While her daughter de ella handles much of the business these days, for 46 years Marina guided the business and grew it into the global success it is today.

But, during an interview in the grand old Centretown residence that serves as the company’s headquarters, Kun, who refuses to divulge her age, bristles at the suggestion that she has a brilliant business mind, instead chalking the success of the operation up to common sense and instinct.

To her, the ingenious part of it all is the device itself. It was a “sorely needed” product, and she simply had to get it into the right hands, she says, glossing over her role in maintaining quality, coming up with new models and shutting down copycats.

“It struck me as a brilliant idea,” she says. “It’s important to know that this didn’t exist before. Joseph created the market for shoulder rests — the demand was growing and we just had to clue in.”

Of course, the story of the Kun Shoulder Rest starts with Joseph, a music teacher and instrument maker who was born in Czechoslovakia. After the Soviet Union invaded Prague in 1968, he left his homeland, moving to Ottawa because he’d been advised the city was building a world-class arts center and would be needing the skills of people like him. (The National Arts Center opened in 1969.)

In Ottawa, Joseph established himself as a world-renowned bow-maker who could also fix the most valuable instruments. He was teaching violin when he and Marina, who was newly separated with four daughters, crossed paths. One of the girls wanted to learn violin so Marina signed her up for lessons with Joseph.

Born and educated in Ottawa, the daughter of an entrepreneurial Lebanese family that ran various small businesses in the city, Marina always had a passion for music and would regularly attend orchestra concerts on her own, even as a teenager. She was impressed by Joseph, not only with his skill and kindness as a teacher but also his creativity and artistic nature. Sparks flew. They married in 1979.

Joseph had already designed the shoulder rest and sold a few dozen by the time he came to Canada, but it was Marina who realized the potential of it, more so than Joseph, who had grown up under communism and, as she says, didn’ t have much of a nose for business.

Marina, who speaks four languages, threw herself into the company, becoming a working mom at a time when women were expected to stay home and look after the children. She initially recruited her daughters to help assemble the devices, while looking after the fundamental work of fending off competitors, pitching to suppliers, obtaining patents and developing new markets. She also traveled to conferences and trade fairs around the world.

As the company grew, the Kuns became philanthropists, too, supporting the arts in Canada and beyond, including the funding of a scholarship at the University of Ottawa and helping international organizations such as the Palestine Youth Orchestra and the National Youth Orchestra of Jamaica, to name a few.

Ottawa’s Chamberfest is one cause that remains close to Marina’s heart. She was among the patrons who helped found the festival 28 years ago, a couple of years after Joseph’s death, and is still a major supporter, funding a concert series with her name de ella on it that features a string of top-notch performers. The Marina Kun series continues this week with Tafelmusik: La Stravagante on Thursday, Verona Quartet on Monday and Heinrich Alpers on Wednesday.

Also on the schedule is a concert that will mark the 50th anniversary of the shoulder-rest company, the program organized with input from Kun’s family to reflect Marina’s eclectic musical tastes. Featuring performances by violinists Lara St. John, Kelly Hall-Tompkins and Carissa Klopoushak, the Gryphon Trio and the Juno-winning Afro-Cuban ensemble, OKAN, organizers are calling it The Rest is History. It’s a fitting title, to be sure.