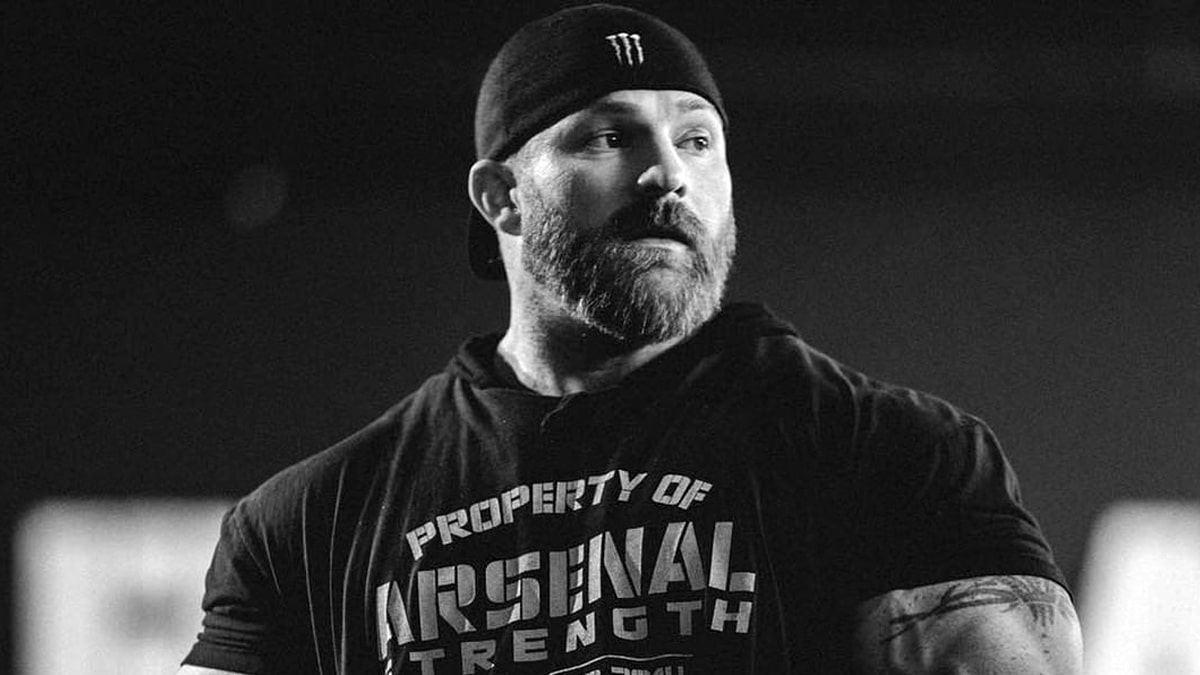 Seven-time 212 Olympia champion Flex Lewis has officially retired from competitive bodybuilding. In a recent video, Flex gave an in-depth explanation for his decision to step away, abandoning his dream of becoming the first athlete to win an Olympia title in the 212 division and Men’s Open.

Flex Lewis has long established his name among the best 212 competitors to ever grace the stage. He holds the distinction of having won 212 Olympia a total of seven times consecutively. He secured a lifetime invitation to compete at Mr. Olympia each year in the 212 division as a result of just one of his victories for him. However, speculation grew as many fans began to question if Flex would make the potential move into Men’s Open bodybuilding.

Earlier this year, Chief Olympia Officer Dan Solomon left the door open when discussing the odds of Flex receiving a special invitation to compete at this year’s Mr. Olympia in Men’s Open. While all signs pointed in that direction, it appears Flex is resolute in his decision to step away from bodybuilding.

Flex Lewis: ‘It’s Time for Me to Hang Up My Posing Trunks’

In a recent podcast on YouTube, Flex Lewis reflects on the factors responsible for his decision to retire professionally from bodybuilding.

“I just want to open this door and to let you guys know. This is going to be a very open, honest, vulnerable, in many cases podcast in any and every episode. This one in particular, I just want to let everyone know, for me, I’ve had an issue with my appetite my whole career, even as a 212 guy. Whatever was in front of me, it would kind of suffice, but switching from the 212 to going to the Open class was… hard.” Flex Lewis shared.

Flex retired from the sport of bodybuilding for a multitude of reasons but revealed his ability to eat became compromised. According to the bodybuilding legend, he would wake up daily with nausea and dry heaving.

“A collection of things, of why I’ve made this decision. I just want to get into that right and just give you guys a visual. For the last (pauses) six months, probably more. I would say it started off with a couple at times a week to then, every single day. No days off. I’d wake up with nausea, dry heating. I’d train, change my food styles, changed my frequency of meals, I didn’t eat for the first couple hours.

I tried everything. I pulled out this, I put in that, I mean everybody had a piece of advice and you hone in on the smallest things. ‘Oh it’s gotta be this’ please, and you put so much stock into something, and when that doesn’t pay off, you’re left with that same feeling every single day. I don’t care what you say, if you’re nauseated every single day, it rubs off on whoever it is around you.

There is no way you can divide how you feel and you’re energy and what’s around you. I’m around a lot of people in and out of sports. Image coming to the gym and I would tell her, ‘oh babe, I feel so nauseated, I really feel so nauseated’, but I got this meet and I just had to fake it until I made it. Flex continued. One of the things is now, I’ve actually been changing up my diet in the last eight weeks, I’m down 25-lbs and let me tell you something, I feel fantastic.”

After downsizing by 25-lbs and admitting to feeling healthier, Flex is moving on from bodybuilding. He recently made a new addition to his family but struggled immensely with his decision to step away from the sport he’s been mastering since he was 19 years old.

“Now with the new addition that’s coming, it’s all kind of put perspective on things. One of the reasons why we’re here is to talk about the next chapters, this is one of them. (A chapter) One I want to be present for. One of the reasons why I’m doing my announcement today. I’ve thought of many different ways on how I want to deliver this because it’s something I’ve been doing since I was 19.”

Given the rising number of deaths affecting the sport of bodybuilding, many from the community have been vocal in highlighting the dangers of the sport and the use of PEDs. Despite the risks, Flex is grateful for what the sport has brought him.

“And there’s no really easy way to this, but it’s time, bodybuilding has served me very well, it’s opened some amazing doors for me, but it’s time for me to hang up my posing trunks. It’s been an amazing run. One that’s I’m very blessed to say I’ve accomplished more things than I ever thought or imagined that I put forth to do. As I’m surrounded by you guys, who have seen many, many titles won, and many things accomplished off stage. As I’m sitting here with all these titles that I won around the world, without getting emotional. You kind of know. Yo lo se. This is a decision that I made myself.”

After examining some of the contributing factors leading to his retirement, Flex discussed the difficulty of competing in the 212 division.

“I’ve never abused my body in bodybuilding, I’ve never gone the extreme route. I’ve had a fuc**n weight cut to make and that’s what people don’t understand. Me coming down from 230-lbs and I was as lean as I can in off-season 220-lbs and then to 212-lbs was very, very difficult. I still made it. Neil Hill is an absolute magician. A man of many talents. We’ve had digestion issues all throughout my life.”

Despite his reign of terror in the 212 division during his prime, Flex remembers how difficult the weight cut was.

“This is not me shitting on the sport. This is something that I’ve had to suffer with for a number of years but to be the best, that was my mentality. This is how you got to feel. This is what you’ve got to go through. To step on that stage for that moment of gratification and to lift that trophy up to say you are the best, and then the very next year, rediscover you’re why in the 212 because of the weight cut and because of everything that was going on was very, very difficult, that’s why I was excited to do this Open class.

If anyone is pissed off it’s fu***n say it’s me. I wanted to see myself up on that stage more than anybody. I wanted to have my hand raised and be the first ever champ champ, but it’s not going to happen, and I’m okay about it.”

Following the announcement, Dan Solomon took to social media revealing an emotional phone call he had with Flex. In the end, Dan was proud of Flex’s decision to step away from a sport so close to his heart for him, wishing him the best of luck in the next chapter of life.

Lewis was determined to make a Men’s Open debut at 2022 Mr. Olympia but a number of issues got in the way. After making his official retirement, Lewis is enjoying a healthier life at a lighter weight.