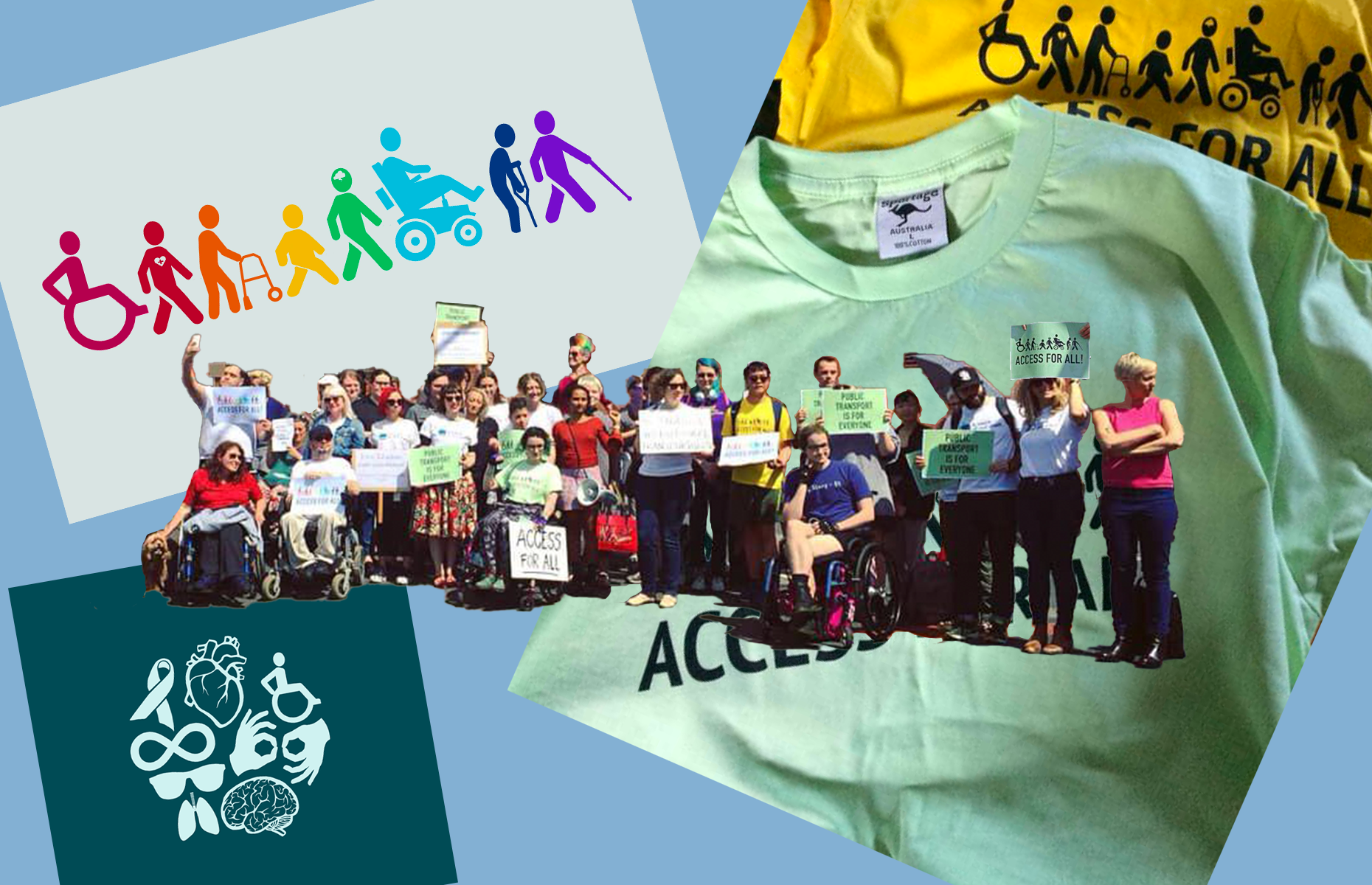 As 2023’s landmark Disability Royal Commission looms in the horizon and the background of a historic spate of strikes at the University of Sydney, conversations surrounding how to attain disability justice have been picking up pace. However, with higher education barely registering in the conversation leading up to the Commission’s findings, four disabilities student activists are calling for deeper reflection to combat ableism in our universities.

Among the various disabled activists Honi spoke to, there was a sense that demands surrounding disabilities are too often an afterthought in left-wing activism, and that there exists a serious lack of intersectional organizing between Disabilities and other collectives.

Grace Wallman, SULS Disabilities and SRC Welfare Officer, is concerned about the low priority given to disability issues by some progressive activists, despite the intersectional interests and politics that disabled activism shares with other portfolios.

“I’ve had people who hold really major positions within the NUS [National Union of Students]express to me that [we] should not be fighting about this thing [disability] because [they] don’t think it’s as important as [other issues],” Wallman said.

The difficulty, Wallman adds, is that larger collectives often conduct their activism in a standard, cookie-cutter fashion that omits disabled perspectives, leading to campaigns missing the additional power that arguments from disabled students can bring to the table.

“Disability is not particularly considered within the overall calculation of marginalized identities. I think a lot of the time that things that would benefit disabled students would really benefit all students,” argues Wallman.

Similarly, for Sarah Korte, an SRC Disabilities Officer, though the lively, byzantine machinations of stupol has its appeals, at times, stupol actors fail to take stock of others’ accessibility needs.

Korte references Socialist Alternative (SAlt) members’ insistence on extended speaking times as one example of a hurdle within stupol to access for disabled advocates. She said that, when her co-Officer Holly Zhang suggested that speaking time be limited, a SAlt member retort that the Disability Officers were “limiting speech”.

Meanwhile, Georgie McDaid (NLS), an autistic wheelchair user and NUS Disabilities Officer, referenced similar stories during NUS NatCon, citing a moment when a speaker relayed to the conference that they were told by SAlt that if they were “unwilling to chain [their] wheelchair in front of a bus”, they were unfit to partake in activism.

Against this background, Wallman, Korte, and McDaid agree that more effort, listening and discernment is needed from fellow activists, even if, in McDaid’s words, “this is not an overnight fix”. Better inclusion for disabled activists in organizing means measures such as accessible maps, accommodation for quiet areas and more active listening are all crucial to building a stronger student movement.

Wallman, for instance, invites those who are interested to attend an upcoming Rad Ed event that she is hosting. On a similar vein, McDaid encourages students to come to the NUS’ Disability & Accessibility Conference 2022 (AccessCon) to build disabilities activism together.

“You should listen to the disabled people around you and seek to educate yourself,” urged Wallman.

One key obstacle facing Disabilities Collectives across the country lies in a simple question: Should I disclose my disability?

Gemma Lucy Smart, one of SUPRA’s Disabilities Equity Officers, told us that at the postgraduate level, disclosure of one’s disabilities remain risky, as supervisors enjoy a near-monopoly on students’ academic future, being the “only one” that receives a student’s academic plan.

“Ultimately, if that person and their colleagues don’t have an attitude of accommodation, or have an ableist attitude, if they’re not open to disabled students, then disclosing [disability] can cause really big rifts in the supervisory relationship.”

Smart raises that the burden is even greater for disabled international students, who may understand disability differently to Australian students, rendering these students not only invisible to their community but also themselves.

“There are cultural differences between understanding of disability and whether disability is even a word that you want to use at all, particularly across South East Asia,” Smart told Honi.

As a result, she is of the strong opinion that USyd owes a “duty of care for there to be some training” for new students, particularly those in postgraduate coursework degrees.

Even though Australia’s Disability Discrimination Act (DDA) outlaws employers from compelling applicants to disclose their disability, exceptions exist for roles where a person’s disability prevents them from fulfilling the “inherent requirements” of a job.

Although the law has these protections, those in positions of authority still wield substantial discretion on determining whether one should disclose their disability. Earlier this year, in a debacle in Sydney Medical School, a group of disabled medical students were instructed to submit statutory declarations to medical accreditation bodies, essentially amounting to a request to out themselves. Although Sydney Medical School reversed pediatrics expert Professor Hasantha Gunasekera’s decision, the episode points towards the power of those in positions of authority to influence students’ ability to disclose on their own terms.

Indeed, Smart shares anecdotes of disabled student advocates who change their name on social media and LinkedIn in order to escape the scrutiny of employers, out of fears that employers may look unfavorably upon their disability.

All this means that, for Disabilities Collectives and student advocates, invisibility is deeply embedded in the entire architecture of the university and society, it is structural. It is one of the largest barriers to the growth of disabilities collectives.

However, McDaid has hope: citing the NUS’ submission to the Disability Royal Commission in 2020, she says that statistics indicating one in five people in Australia having a disability shows that there is a vast, untapped groundswell of political power and unity for disabilities activism .

Need for pay a key need to improve disabilities activism

A recurring thread throughout Honi‘s conversations with the four was a sense that within student politics, the expectation of a constant, exhausting grind culture sits uncomfortably with the unpaid nature of their roles. McDaid, for instance, knows that nearly every student Disability Officers in the country goes unpaid, while navigating a university architecture rife with structural ableism.

“If you’re not on the DSP [Disability Support Program], which a lot of disabled students aren’t because it’s really hard to get. I come from a place of privilege as I am on DSP but I know that that’s not the situation for a lot of people,” says McDaid, who is on a part-time university load in addition to work and her NUS role.

Korte feels the same, saying that she struggles to balance working at Accessible Arts and the demands of her position, all while navigating the non-tactile, often inaccessible physical terrain of the modern university, “Disabled students are probably some of the most disadvantaged, who struggles with medication and can’t work the same amount as other students.”

Nonetheless, they all agree that paying a stipend or salary for Disabilities and Access Officers is a start to signal that Australian student activism is serious about disabilities inclusion, rather than featuring disabilities activists as a token gesture, an afterthought.