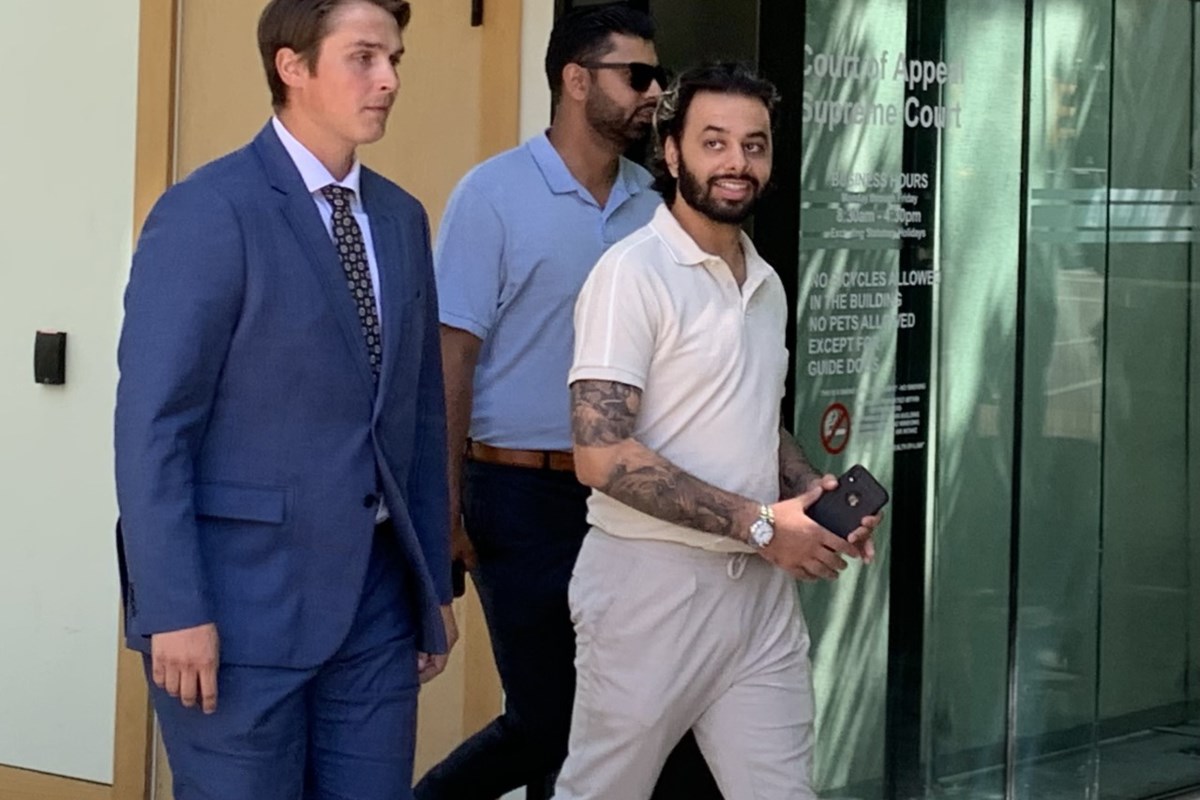 Former Vancouver Canuck Jake Virtanen, 25, was charged with sexual assault in January 2022 following a police investigation while he was still playing in the NHL. I pleaded not guilty.

Former Vancouver Canuck forward Jake Virtanen took to the stand Thursday in a BC Supreme Court trial to deny allegations of sexual assault.

“I was in utter disbelief,” he said, as he recalled when his agent told him of the allegations.

Virtanen began his testimony by telling the jury about being drafted to the Vancouver Canucks in 2014, which was “a dream come true.” He paused and began to cry.

At the start of Thursday’s hearing, Virtanen’s lawyer Brock Martland began by apologizing to the complainant, who cannot be named due to a publication ban for his “insensitive” questions the day before.

Virtanen told the court he met the complainant at a bar during the Calgary Stampede in 2017, a few months before the alleged incident. She previously testified that she did not recognize him nor follow the Canucks.

“Her group of friends just came up to us and started to chat,” he told the jury. “I thought she was good-looking.”

Virtanen testified that it seemed the woman was interested in him.

He said he had a fair amount to drink throughout the evening and had ended up at a house party along with the woman, who was 18 at the time, and some of her friends. It was there, he said, that a friend put him to bed.

When he woke up, she was beside him, he said. She had earlier testified that it was Virtanen who joined her in the bed at the house party.

Upon returning to BC, the pair continued to exchange messages throughout the summer, some of which Virtanen described as flirtatious.

In September 2017, the woman told Virtanen that she was in Vancouver for a photoshoot, and he suggested they meet up that night due to his busy hockey schedule.

She earlier testified that she initially resisted but eventually agreed.

While she told the court it was not a date, Virtanen testified it was.

In response to the woman’s claim that she didn’t know they would be going to his hotel when he picked her up that night, Virtanen said she did not raise any objections when they arrived.

When asked about the alleged sexual assault, Virtanen said having sex “would have been her choice” and denied that she had said “no.”

The complainant had testified she repeatedly said ‘no’ and, at two points, had told him, “I seriously don’t want to have sex with you.”

Earlier in her testimony, she had said she wasn’t interested in sex, saying she would have showered and shaved her legs if so. Virtanen denied that, testifying that he believed she had showered and that she had done her hair and smelled good.

He also told the court that she reciprocated his kisses, allowed him to remove her clothes and that she had done the same to him.

“We were making out and French kissing,” he said, as he described in more detail their alleged physical interactions.

When asked if she consented, he replied: “Yes, by her kissing back and touching me back.”

He also denied telling her to get into bed afterwards to cuddle.

“I’m not that big of a cuddler,” he told the jury.

The testimony was added until Friday after Virtanen began to sob with his head in his hands when asked how he felt to tell his girlfriend of the time about the allegations.

Virtanen, now 25, was charged with sexual assault in January 2022 following a police investigation while he was still playing in the NHL. He pleaded not guilty on Feb. 17.

The Canucks placed him on leave in May 2021, when news of the allegation broke. He was later released from his three-year contract, which paid $925,000 a year.

He later played for the KHL team HC Spartak Moscow in Russia until March 2022.