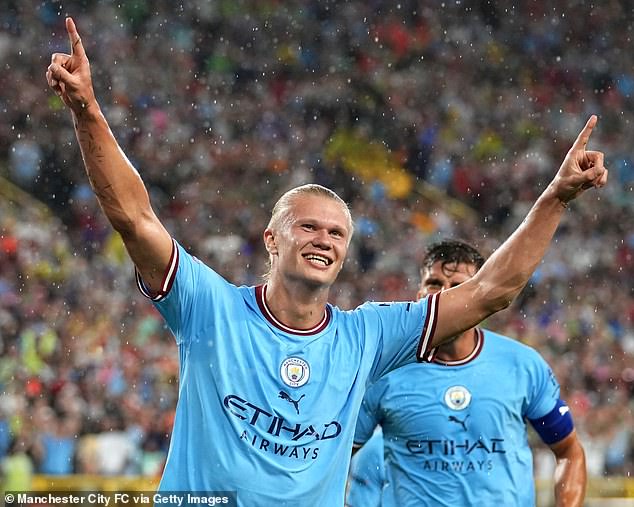 By George Bird For Mailonline

Jamie Carragher has claimed that Erling Haaland won’t be a game-changer for Manchester City in the Premier League title race but has backed the striker to help his new club end their wait for Champions League glory.

After being prolific for Borussia Dortmund, Haaland joined City for £51million this summer and there is much excitement at the club about the impact that he will make.

However, Liverpool legend Carragher claims that Haaland won’t tip the balance in terms of the Premier League as City are already capable of winning the title without him. 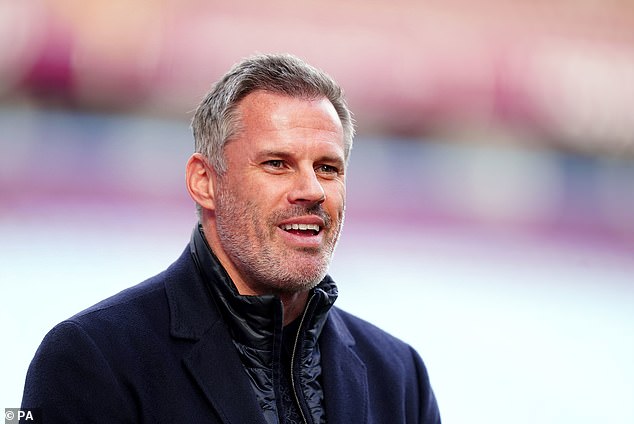 ❌ “I don’t think Haaland is a game-changer in terms of winning the league.”

🏆 “They win the league now. He’s the icing on the cake for the #UCL.”@Carra23 explains why he doesn’t think Erling Haaland is a game-changer for #MCFC in the league pic.twitter.com/yt6gnQmFVx

Pep Guardiola’s side have won the league in four of the last five campaigns, with Liverpool the only team to stop them in 2019-20, and they amassed a total of 93 points last season.

speaking to talkSPORT, Carragher said: ‘I still think City are favourites, but I don’t think Haaland is a game-changer for City in terms of winning the league, because they win the league now. They get 95 to 100 points. If they want to get 110 – there are only so many points in a season.’

Despite City having fielded star-studded teams, success in the Champions League has continued to elude them.

Carragher, though, feels that Haaland can make a major difference in that regard.

The Sky Sports pundit added that City would have overcome Real Madrid in the semi-finals of last season’s competition if they were able to call upon Haaland. 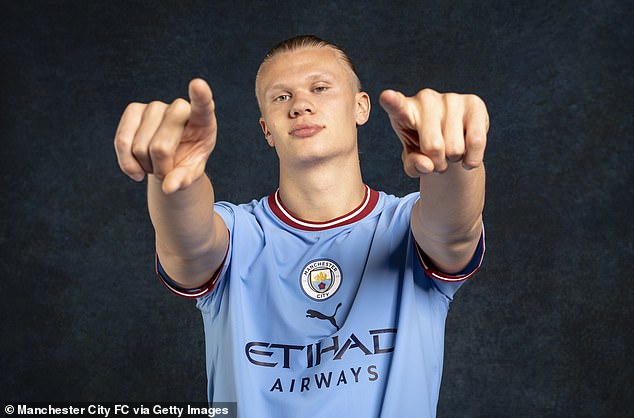 However, Carragher feels that Haaland can make a major difference in the Champions League 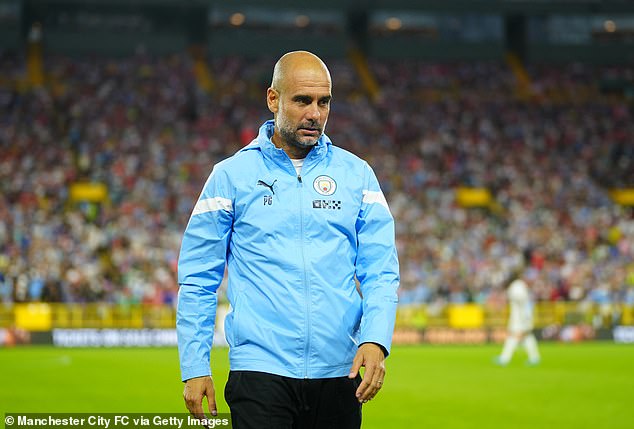 He said: ‘I think Haaland will be the icing on the cake in the Champions League. If he’s playing away in Madrid they don’t lose that game, they win, they’re through to the semi-final, the final and I think that’s the difference Haaland will make. I don’t think he’s be a huge difference in the league because City are that good anyway.’

Referring back to his initial point about Haaland not being a game-changer in the Premier League, Carragher stressed that the Norway international won’t transform City like the acquisitions of Alisson and Virgil van Dijk did for Liverpool.

He said: ‘I think when you look at what Liverpool did to catch City and get that level of 90 plus points – they bought Alisson and Van Dijk – they were game changers. They took Liverpool from a team that got 75 points to a team now that are looking for 95 points.

‘I think City are already at that level so I don’t think it’s going to be like that for Haaland, but with a striker like him it gives them a great opportunity for the Champions League.’

Despite being only 22 years old, Haaland has already established himself as one of the standout players in world football and he found the net 86 times in 89 games for Dortmund.