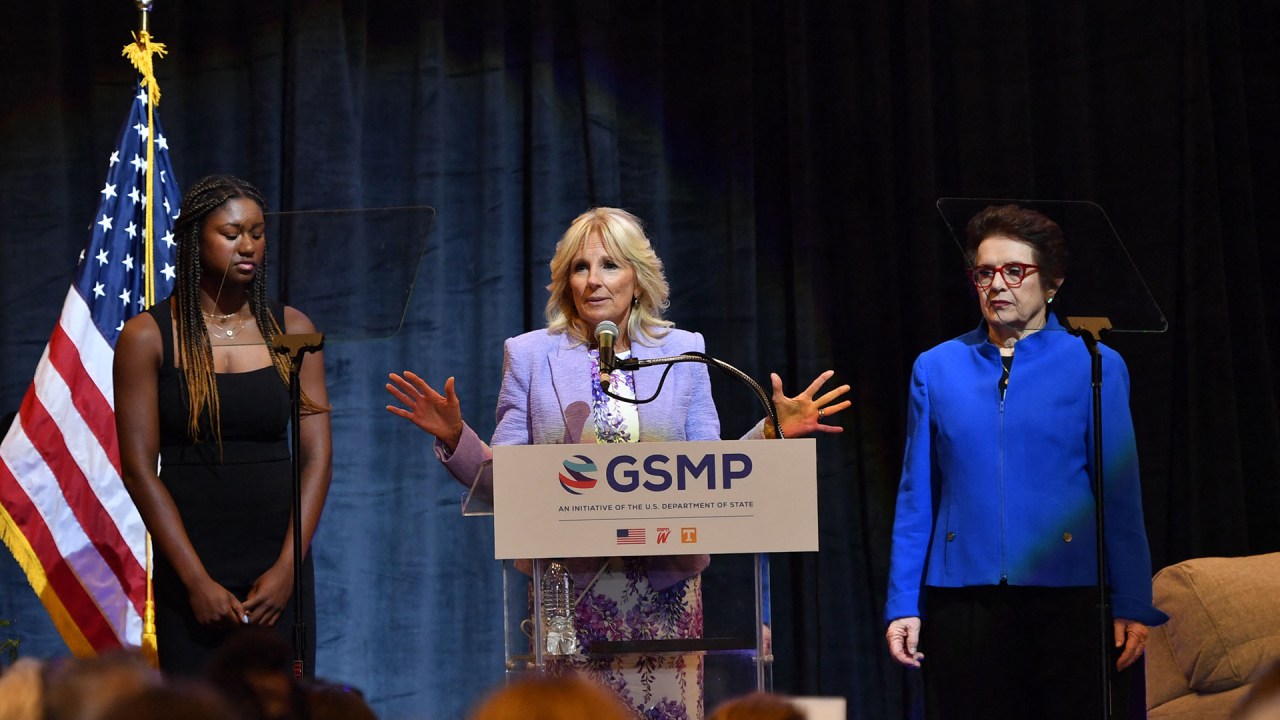 The 37-word provision was tucked into the 1972 Higher Education Bill when it appeared ratification of the controversial Equal Rights Amendment could stall. Requiring equal opportunities for men and women at federally-funded schools, it opened the door for millions of women to attend college and play sports.

The first lady was joined in the celebration by famous tennis player and activist Billie Jean King. She was a college athlete before Title IX became law and said she was forced to work two jobs while her male counterparts de ella enjoyed full scholarships.

“We can never understand inclusion until we’ve been excluded,” King said.

She called Title IX “one of the most important pieces of legislation of the 20th century.”

“It’s incredible to see how much has changed in my lifetime,” Jill Biden said, adding “we’re not done yet.”

The celebratory event was hosted by the US Department of State, which for the past decade has used Title IX to promote women’s sports and education globally.