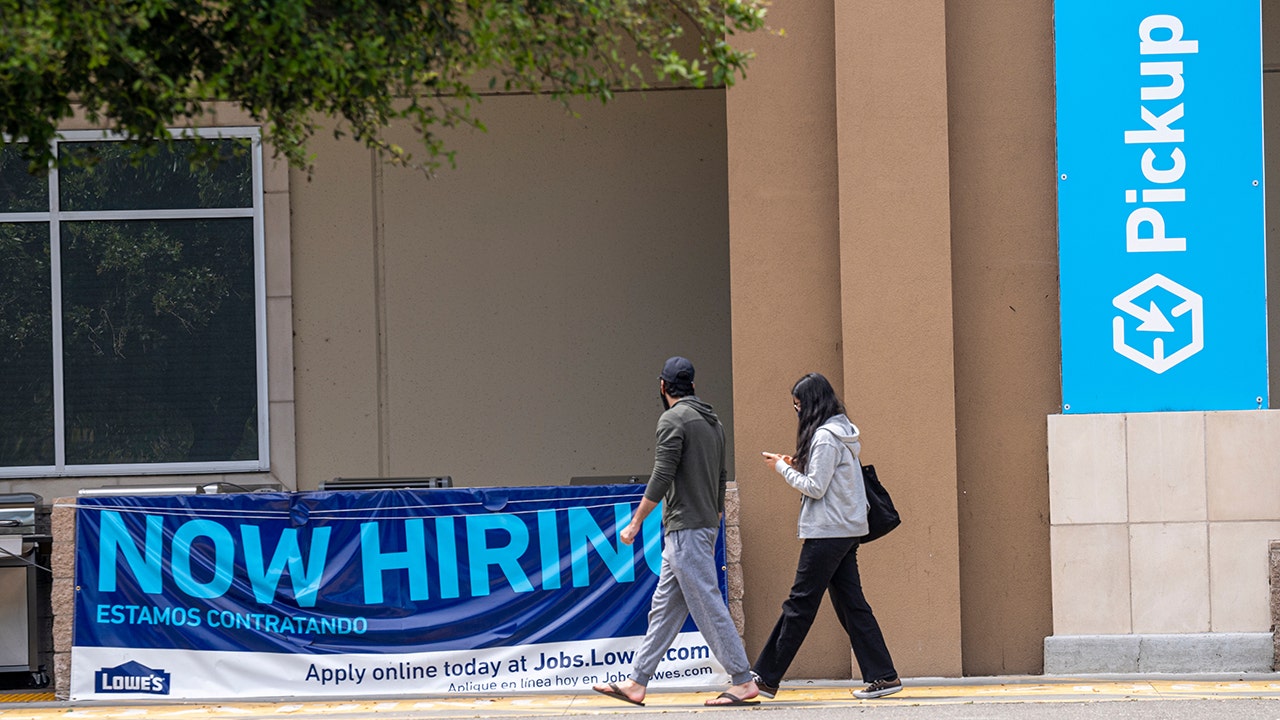 The number of Americans filing for unemployment benefits last week edged higher, hovering near the highest level of the year – the latest sign that the historically tight labor market is starting to cool off.

Figures released Thursday by the Labor Department show that applications for the week ended July 30 rose to 260,000 from the downwardly revised 254,000 recorded a week earlier. That is above the 2019 pre-pandemic average of 218,000 claims and just narrowly missed topping the eight-month high of 261,000 recorded in mid-July

For months, the labor market has been one of the few bright spots in the economy, with the June jobs report showing that the unemployment rate remained at 3.6% – near a historic low – for the fourth consecutive month.

IS THE UNITED STATES ENTERING A RECESSION?

A “Now Hiring” sign outside a Lowe’s store in Dublin California, US, on Wednesday, May 11, 2022. (Photographer: David Paul Morris/Bloomberg via Getty Images/Getty Images)

But there are signs that the labor market is starting to weaken, with a plethora of companies, including Alphabet’s Google, Walmart, Apple, Meta and Microsoft, announcing hiring freezes or layoffs in recent weeks.

There are growing fears that the US economy is on the cusp of – or already in – a recession as a result of the Federal Reserve’s war on inflation. The central bank is raising interest rates at the fastest pace in decades as it races to cool consumer prices, which surged 9.1% in June – the fastest year-over-year increase since 1981.

Policymakers approved another mega-sized, 75-basis point rate hike – triple the usual size – at their meeting last week and have since signaled they are “nowhere near” ending this tightening cycle, despite signs of a slowdown in the economy.

The cargo ship was traveling from Baltimore to Norfolk, Va., on March 13, when it ran aground just north of the Chesapeake Bay Bridge. (Jerry Jackson/The Baltimore Sun via AP/AP Newsroom)

The jobless claims data comes one day before the Labor Department releases its more closely watched July employment report, which is expected to show the economy added 250,000 jobs last month. The unemployment rate, meanwhile, likely held steady at 3.6%, according to projections from Refinitiv economists.

In other economic news, the Commerce Department reported on Thursday that the US trade deficit shrank 6.2% in June to $79.6 billion – the result of an increase in shipments of energy products and a decline in consumer demand for imports. It marks the first time since 2021 that the deficit fell below $80 billion.