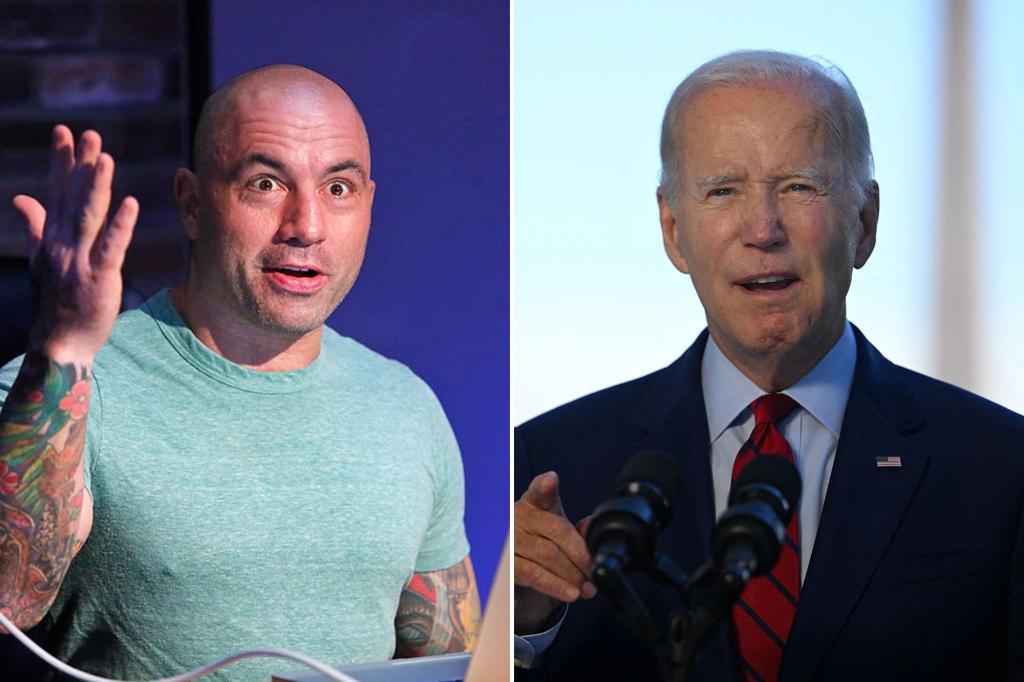 Joe Rogan is having none of the Biden administration’s claims that the economy is not in a recession.

The Spotify podcaster punished the president and his aides for refusing to acknowledge that the US is in the midst of a recession after two consecutive quarters of negative GDP growth — the traditional definition of a recession.

Rogan, the host of the wildly popular “The Joe Rogan Experience,” also took umbrage at Wikipedia after the online service prevented users from editing its “recession” page.

During the podcast, which included guest Chris Williamson of YouTube, Rogan mentioned how “the government is trying to not call it a recession.”

He said the Biden administration was “literally changing the definition [of a recession]which is terrible and it should be pushed back against in a big way.”

“It should be something that people get angry about, like, ‘Hey, you’re f–king with definitions in order to pretend that you’re doing a good job,’” Rogan said.

He said attempts to redefine a recession amounted to “gaslighting,” warning that “people would think that it’s trivial, ’cause they are talking about this economic downturn, but it’s not trivial because we’ve always used that term ‘recession.’”

“They definitely haven’t done that.”

Williamson said the refusal to use the term “recession” was a political calculation made by Democrats in the run-up to the midterm elections.

“If you can’t control the economy, you might as well just control the language and hope for the best,” he said.

Rogan replied: “What a bunch of weasels.”

Wikipedia last week was accused of running interference for the Biden administration by preventing users from editing the “recession” page.

The site limited edits for the page after dozens of people flocked to the “recession” entry and made scores of edits shortly after the Commerce Department released data showing that the country’s GDP fell by 0.9% last quarter.

But President Biden and top economic advisers, including Treasury Secretary Janet Yellen, have insisted that the US is not in a recession.

“This is not an economy that’s in recession,” Yellen told NBC’s “Meet the Press” on Sunday.

“But we’re in a period of transition in which growth is slowing and that’s necessary and appropriate and we need to be growing at a steady and sustainable pace.”