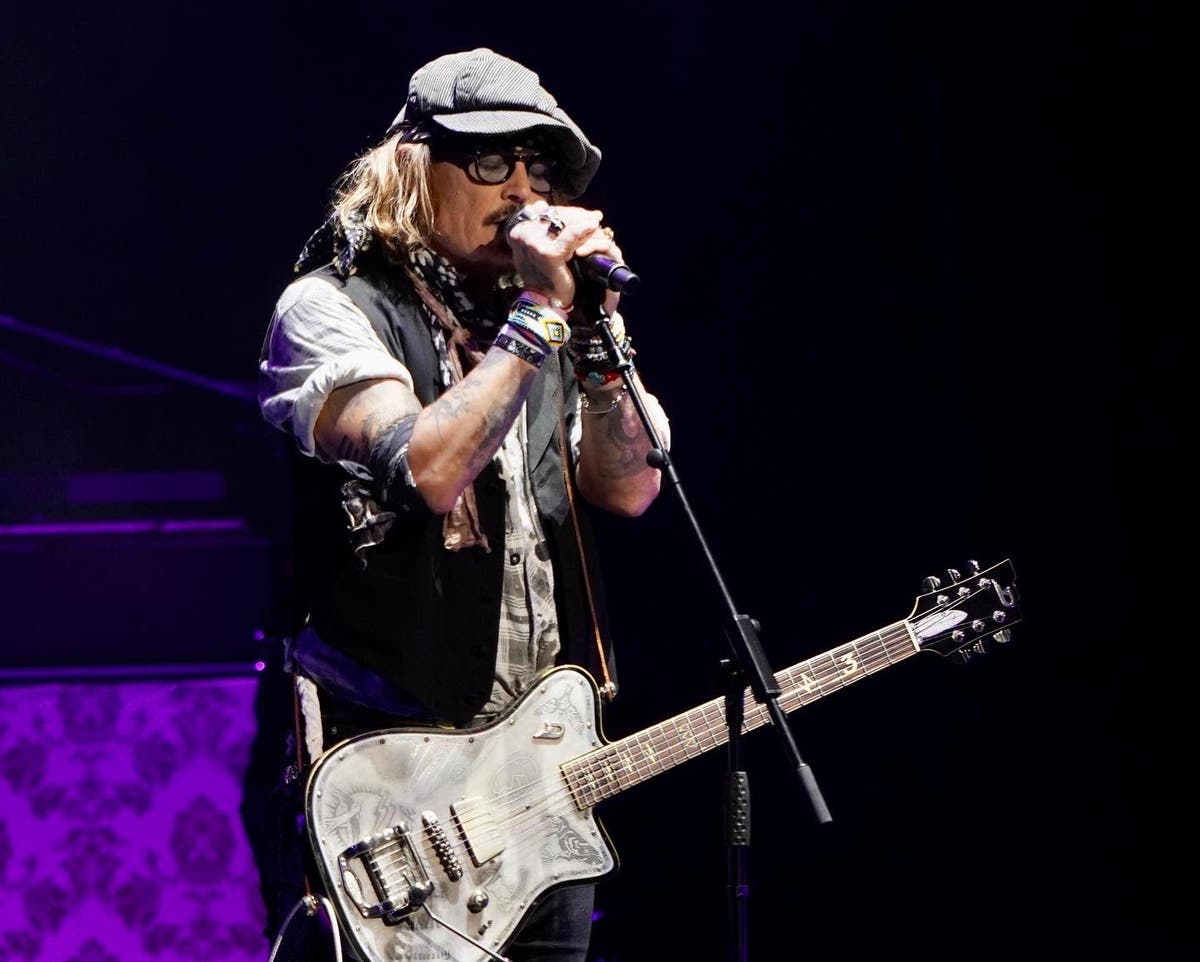 Johnny Depp was spotted in a UK pub shortly before it was announced that he won his defamation trial against ex-wife Amber Heard.

“Due to previously scheduled work commitments made before the trial, Mr Depp will not be physically present for today’s 3pm verdict and will be watching from the United Kingdom,” a source close to Mr Depp told Law & Crime in a statement earlier on Wednesday.

“Met Johnny Depp in Bridge Tavern Newcastle just now… that was quite surreal,” Gary Spedding tweeted about 20 minutes before the verdict was set to be announced.

Mr Depp was seen leaving The Bridge Tavern pub in Newcastle shortly before the reading of the verdict, according to ITV News.

Ms Heard, meanwhile, arrived at the court in Fairfax, Virginia, to hear the verdict in person. A spokesperson for the Aquaman actress told The Independent: “Your presence shows where your priorities are. Johnny Depp plays guitar in the UK while Amber Heard waits for a verdict in Virginia. Depp is taking his snickering and lack of seriousness on tour.”

Jurors reached a verdict in Mr Depp’s multi-million dollar lawsuit after just short of 13 hours of deliberation on Wednesday afternoon.

Singer Sam Fender spent the evening at the pub with Mr Depp. Minutes after the verdict came in, Mr Fender shared a picture to his Instagram stories of him as he sat in a beer garden with Mr Depp and musician Jeff Beck.

Mr Depp sued Ms Heard for $50m US over a Washington Post op-ed titled: “I spoke up against sexual violence — and faced our culture’s wrath. That has to change.”

The article does not mention Mr Depp by name, yet his lawyers said it falsely implies he physically and sexually abused Ms Heard while they were together.

Ms Heard countersued her former husband for $100m claiming he launched a “smear campaign” against her.

Mr Depp has consistently denied the “outrageous, outlandish” claims of abuse and said he had “spoken up for what I have been carrying on my back reluctantly for six years” during his own evidence during the trial.

During closing remarks, both sides urged jurors to think about other victims of domestic abuse.

Ms Heard’s legal team highlighted the message that a verdict in Mr Depp’s favor would send to others, while the actor’s representatives said her claims were “an act of profound cruelty to true survivors”.

In the past few days, Mr Depp has made appearances on stage alongside musician Mr Beck in the UK.

Mr Depp turned up to perform alongside Mr Beck in Sheffield on Sunday (29 May).

Mr Depp – who began his career as a musician and founded the band The Hollywood Vampires with Alice Cooper and Joe Perry in 2015 – and Mr Beck performed their 2020 collaboration insulationa reworking of a John Lennon song from 1970. They also performed covers of What’s Going On by Marvin Gaye, and Jimi Hendrix’s Little Wing.