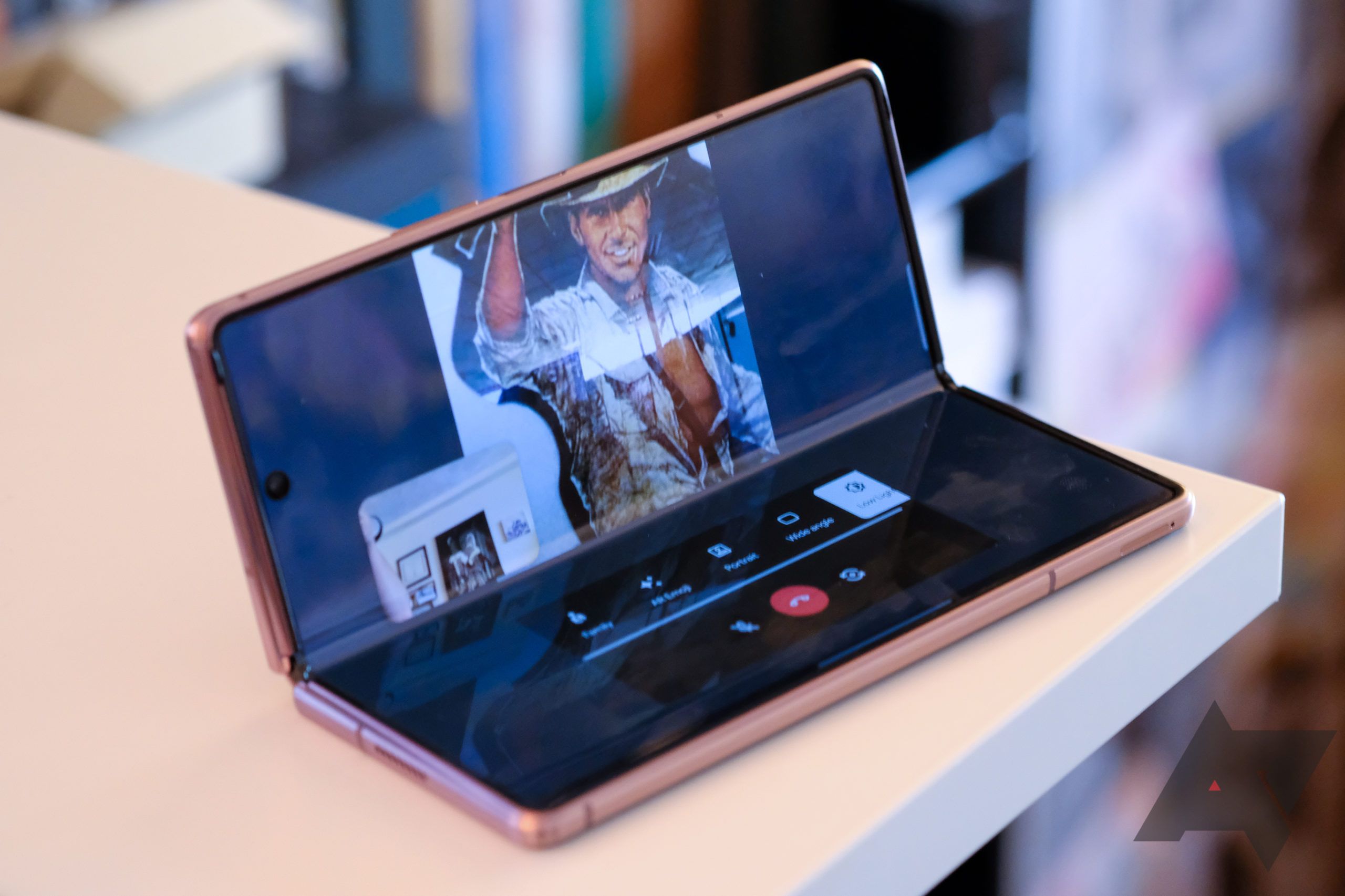 Samsung’s 2022 foldable lineup—the Galaxy Z Flip 4 and Fold 4—will be announced at its August 10th Unpacked event. However, leaks from the last few weeks have already ruined its party and revealed almost everything about the devices. Adding insult to injury, hands-on images of the Fold 4 and Flip 4 have now surfaced online, showing the thinner outer bezels and a less noticeable crease.

In the hands-on images shared on Twitter by @noh_tech, the Galaxy Z Flip 4 looks remarkably similar to the Flip 3. The internal bezels could be slightly thinner than the current model, but the change seems so small that only a side-by-side comparison can confirm this. Additionally, the Flip 4’s aluminum frame has a metallic look in the leaked photos compared to the glossy finish on the Flip 3.

At first glance, the Galaxy Z Fold 4’s hands-on images don’t reveal any major design changes either. The device does look slightly wider in hand than the Fold 3, suggesting a change in the display’s aspect ratio. But this can only be confirmed with a direct comparison. The outer hinge also appears to be a lot slimmer. As for the foldable display’s crease, it seems less noticeable than last year’s model. However, it could become more prominent after a few folds, so it is too early to comment on whether Samsung has made any improvement in this area. What’s clear is that the Korean giant’s upcoming foldable won’t have a flat display like the Oppo Find N.

The leaked hands-on images indicate that Samsung’s 2022 foldable lineup will not bring dramatic design changes. Improvements, if any, will be minor and are unlikely to address any of the major pain points with the current-gen models. Nonetheless, if you are still interested in getting your hands on the company’s upcoming devices, you can reserve the Galaxy Z Fold 4 or Flip 4 right now to save $200 on them when they launch.