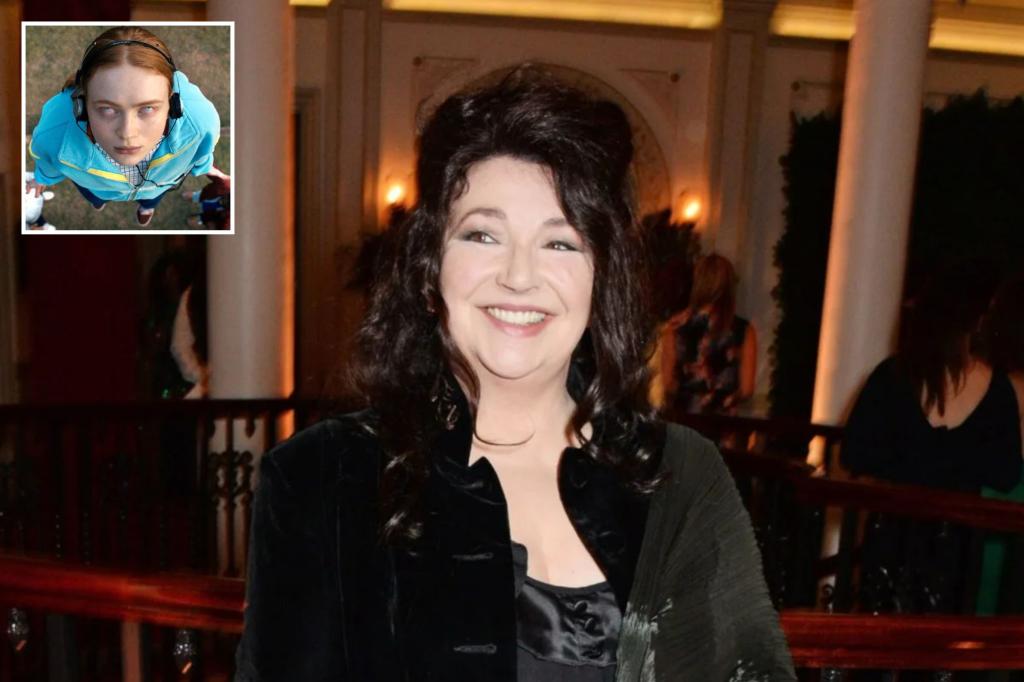 In 1985, English singer-songwriter Kate Bush released a song called “Running Up That Hill.” It did pretty well — reaching No. 30 on the Billboard Hot 100 in the US.

But 37 years after its release, the tune — featured in last week’s episode of Netflix’s “Stranger Things” — bumped Harry Styles’ “As It Was” to No. 2 on the US Billboard Top 10.

The unexpected success also makes her both the oldest and the youngest woman to have a self-written No. 1 in the United Kingdom, Billboard reported.

In a rare interview with BBC Radio 4’s “Woman’s Hour” podcast on Wednesday, Bush shared her “exciting” thoughts on the song’s resurgence.

“It’s just extraordinary. It’s such a great series, I thought that the track would get some attention, but I just never imagined that it would be anything like this,” Bush said, noting she was a fan of the series even before her song was included in Max’s fight for survival scenes.

“It’s so exciting, it’s quite shocking really, isn’t it? The whole world’s gone mad. I think they put it in a really special place… I thought what a lovely way for the song to be used in such a positive way, as a kind of talisman for Max. It’s very touching actually.”

Bush, 63, said she hadn’t heard the song in a long time because she doesn’t usually listen to her “old stuff,” but is happy that the track was introduced to a new generation of fans.

“What’s really wonderful I think is that it’s this whole new audience who in a lot of cases, they’ve never heard of me, and I love that,” she said. “The thought of all these really young people hearing the song for the first time and discovering it, I think it’s very special.”

The songstress told podcast host Emma Barnett that she has seen every episode of “Stranger Things” after a friend’s recommendation.

“It’s lovely because, in a similar way to ‘Harry Potter,’ where in those early films they were just little kids, and then as the film has progressed, it becomes heavier and darker,” she said.

“And those little kids turn into really talented, young adult actors. And you have a different connection with something that’s moved through years really of watching them grow.”