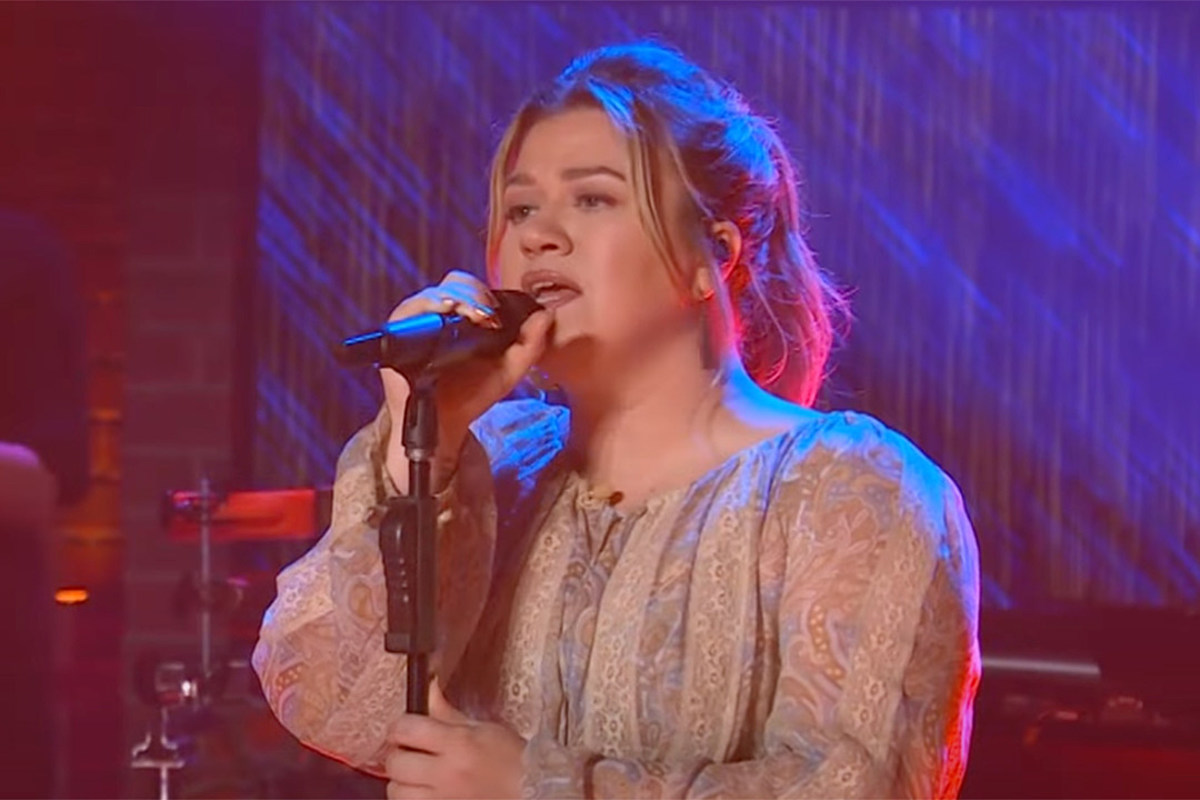 Kelly Clarkson has covered countless songs during her “Kellyoke” segment on her daytime television show, the Kelly Clarkson Show. On Wednesday’s (May 25) episode, she went country, taking a swing at a throwback Keith Urban song: 2003’s “Raining on Sunday.”

Clarkson stood center stage as she sang the moody song, delivering the first verse while looking directly into the camera. Her unmistakable voice from Ella then soared on the chorus, as she sang the lyrics about settling in for a cozy Sunday.

As Clarkson often does on her covers, she made the song her own by singing the chorus an extra time and adding her own unique flair. The performance ended with a standing ovation from Clarkson’s studio audience.

Urban released “Raining on Sunday” in January of 2003 as the second single from his Golden Road album. It landed at No. 3 on Billboard‘s Hot Country Songs chart. Radney Foster and Darrell Brown co-wrote the song, and it originally appeared on Foster’s 1999 album, See What You Want to See. Foster’s version features Darius Rucker on background vocals.

Clarkson has covered a multitude of songs throughout her time hosting the Kelly Clarkson Show, including many country hits. Some of her most recent country performances of hers include Kelsea Ballerini’s “Peter Pan” and Dolly Parton’s “Jolene.”

The singer also stays busy as a host on NBC’s American Song Contestand until recently, as a coach on NBC’s The Voice. The singing competition show announced earlier in May that Clarkson will not serve as a coach on the show’s next season. Instead, Gwen Stefani will be returning, and Camila Cabello will be joining as a brand-new coach.

Kelly Clarkson has purchased a stunning new mansion in California, with the news breaking not long after the pop superstar and TV personality sold her palatial estate outside of Nashville.

Kelly Clarkson has sold her estate in Nashville after four years on the market. The singing superstar and television personality received $6.3 million for the 7-bedroom, 11-bathroom, 20,121-square-foot mansion.