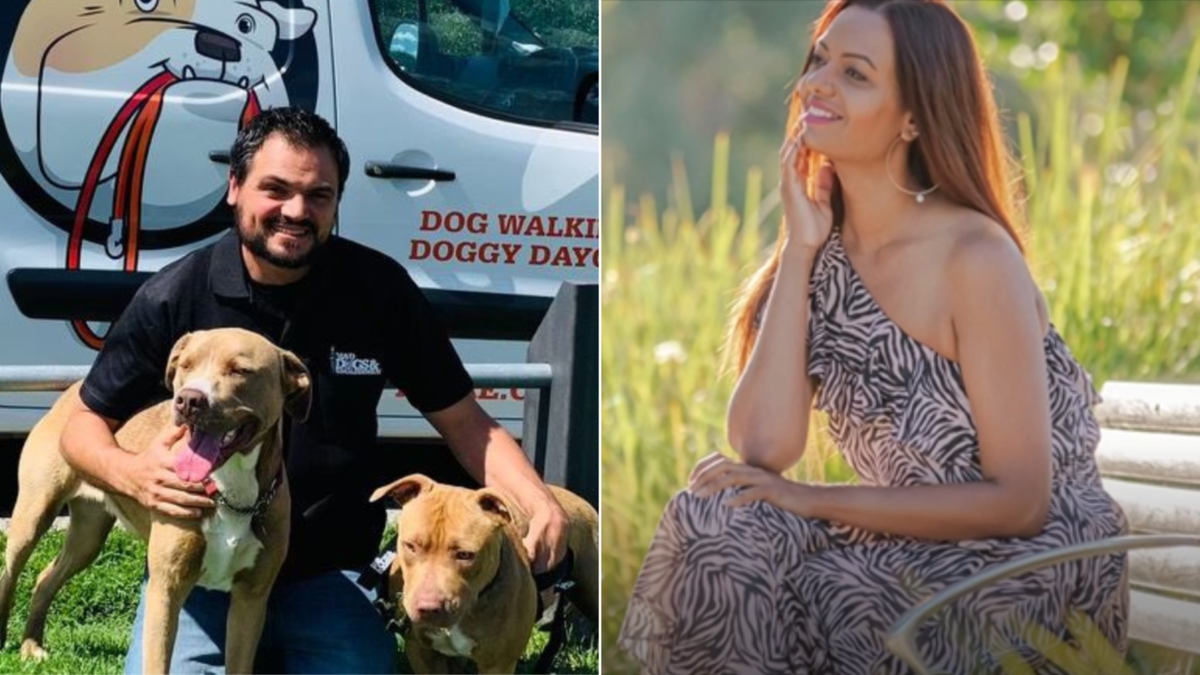 The children of Sydney model and businesswoman Shereen Kumar, whose body was found dumped in bushland in northwest Sydney, have been told the devastating news of her death.

It comes as police allege her partner Vincent Carlino murdered her last week.

Watch the video above for more on this story

Kumar’s ex-husband Gupreet Beehan has spoken about the heartbreaking moment he told their children the news of her death, as tributes begin to flow.

The 43-year-old Sydney mother was known to friends, colleagues, and locals as a kind, friendly person, who was beautiful inside and out.

Police found her body in bushland, just two streets away from her Dural home, on Saturday evening after a three-day search.

Kumar’s boyfriend Vincent Carlino, 37, was arrested and charged with murder later that night.

Kumar has three children with her former husband Gupreet Beehan, who told Daily Mail Australia the family were “heartbroken” and would “ensure” she gets justice.

Beehan said Kumar was a “strong woman” and a devoted mother, and that her death had created an unfillable void in their lives.

“She was an incredible mother to our kids and she will be missed forever,” Beehan said. “No one can replace a mother.

“This has left us all devastated.”

Beehan said he had to have the heartbreaking conversation with their children about what had happened.

Kumar had graduated from Western Sydney University before starting her own human resources business, as well as working as a model, according to social media profiles, while Carlino had worked at a cleaning company.

The two later became franchisees of dog-walking business Mad Dogs And Englishmen together.

It is understood they had been dating on-and-off for several years.

It was reported to police that Kumar was last seen at 9pm on Wednesday on Taylors Rd, Dural, in northwest Sydney where she and Carlino lived together.

Police were told she left the house wearing pajamas and a dressing gown without her phone or keys.

It is alleged Pug killed before dumping her body, which was found two streets away in bushland off Horty’s Gully in Berowra Valley National Park, just off Laurie Rd.

“We used to see the lady walking around with her dogs,” one local told 7NEWS.

“She was a wonderful lady, she used to always say hello.”

Others who knew Kumar spoke of her warm personality in loving messages on social media.

“I am devastated to learn that my friend Shereen Kumar was taken from us over the past few days,” one friend wrote on Facebook.

“Shereen was a beautiful person inside and out and touched many people’s lives in such a positive way. The world is poorer for her loss of her. ”

Other friends wrote: “RIP Shereen. Such a beautiful person inside and out”; and “(I’m) still in shock that this has happened to a beautiful friend. So sorry for her family from her. ”