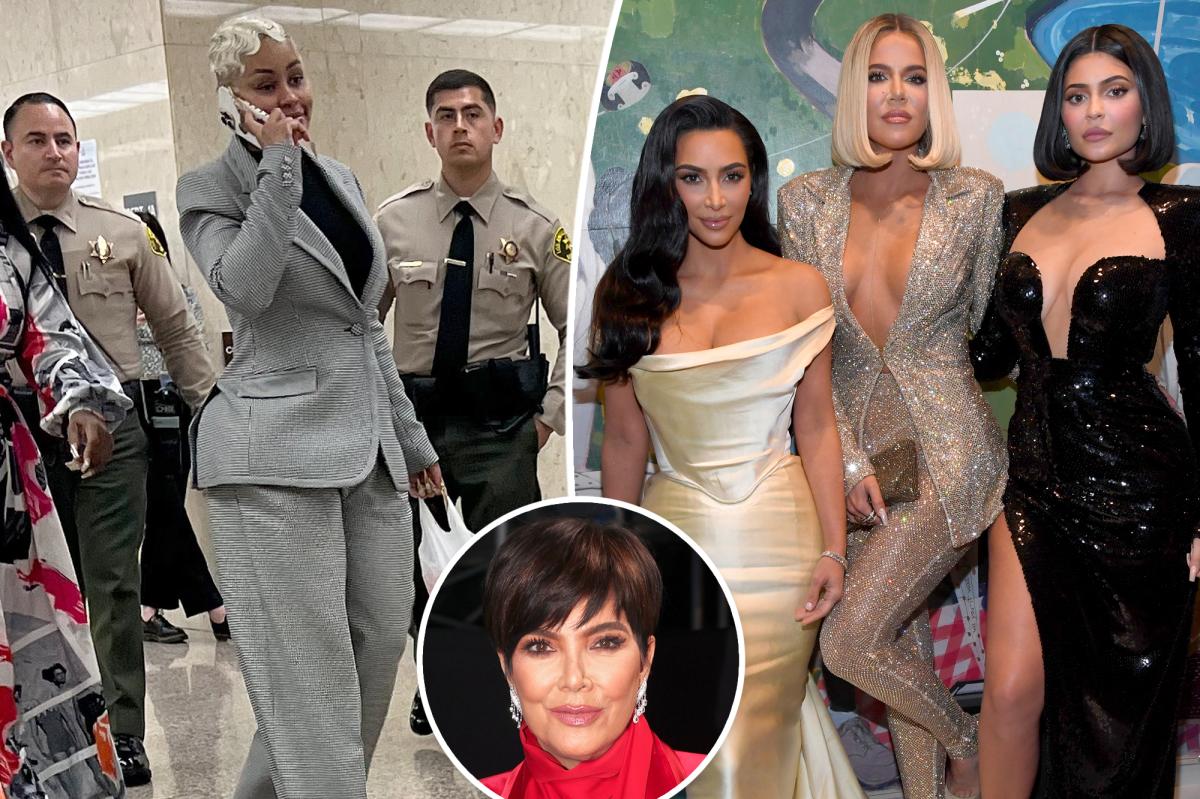 Four members of the Kardashian-Jenner family were present during Monday’s jury selection for their pending trial against Blac Chyna, multiple sources confirmed to Page Six.

As we previously reported, Kim, Khloé, Kris and Kylie are all set to testify in the trial.

Reps for the reality stars did not immediately return Page Six’s requests for comment.

According to TMZ, Chyna, 33, was also in the courtroom with her attorney on Monday to weigh in on the men and women who will ultimately decide the fate of her case.

Chyna, whose real name is Angela White, alleged via her attorney in the lawsuit, “Rob Kardashian is an abuser attempt on destroying Angela White, the mother of his baby, who left him in 2016.

The reality star, who shares 5-year-old daughter Dream with Rob, also accused the Arthur George owner in the lawsuit of physically abusing her.

Chyna is seeking more than $40 million for loss of earning damages and more than $60 million in loss of future earning capacity damages, court filings previously obtained by Page Six revealed.

The Kardashian-Jenners responded to Chyna’s claims with a lawsuit of their own that same year, claiming the influencer violently attacked Rob.

The family’s attorney, Michael G. Rhodes, told Rolling Stone earlier this month that his famous clients would only appear in court once for Chyna’s trial, noting, “My clients are obviously people that are very well-known. They’ll cause a stir being in the courthouse.”