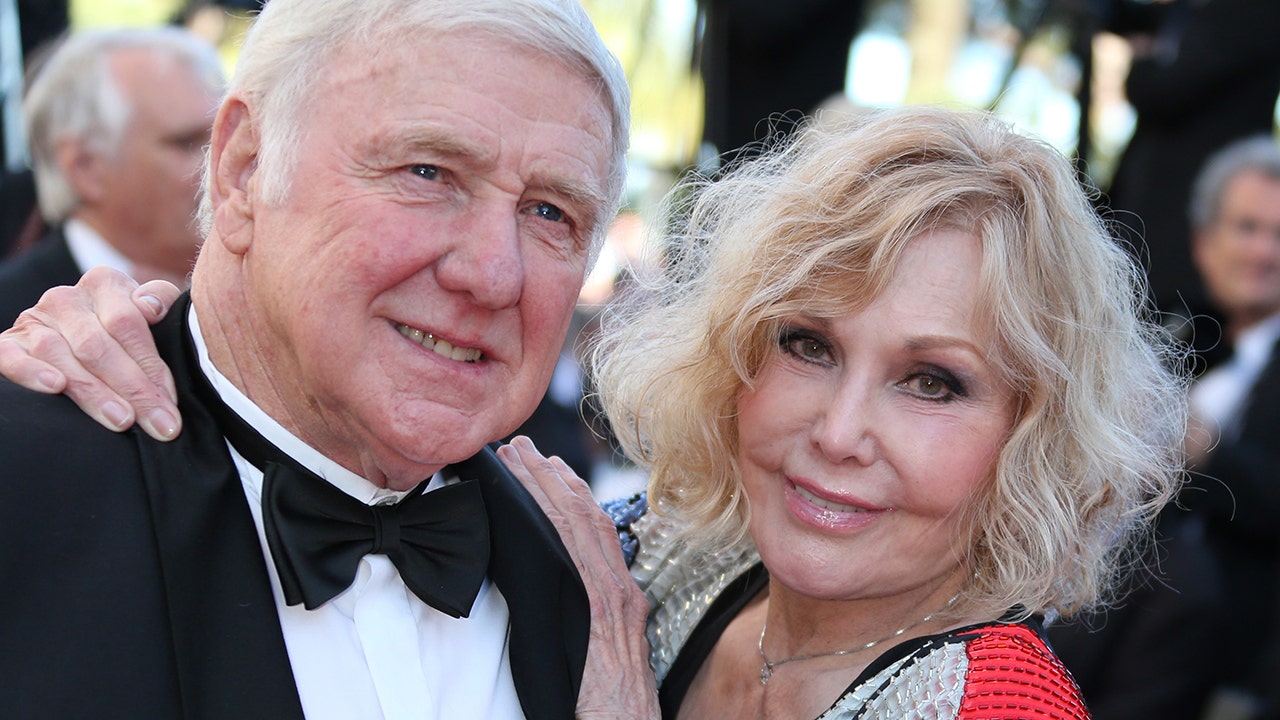 Kim Novak is finding solace in her artwork after losing Robert Malloy, her husband of 44 years.

The large-animal veterinarian passed away in 2020 at their Oregon home at age 80.

“Painting a picture of him felt like we could still communicate in a warm and intimate way,” the actress recently told Closer Weekly. “It made me feel less lonely.”

The 89-year-old first met Malloy in 1974 when she was winding down from her acting career.

“I had been married once before [to ‘Moll Flanders’ co-star Richard Johnson], but it didn’t suit me being married to an actor,” the “Vertigo” star explained. “My love of animals and his love of animals – that bonded us. Bob also had a wonderful sense of humor.”

Novak admitted that losing her spouse challenged her more than she ever expected.

“I learned how little I knew and did not fully appreciate just how hard my husband had to work,” she said. “I never had to deal with business before, but now I have to do it all. Sometimes it’s hard to keep from feeling sorry for myself!”

“[But] you have to be patient,” she continued. “Don’t be afraid to let those emotions out and then let go.”

Kim Novak and her husband Robert Malloy bonded over their love of animals.
(Photo by Art Zelin/Getty Images)

According to the outlet, Novak has been keeping busy while being on her own. In addition to focusing on her artwork for her, she is also working with French filmmakers who are preparing a documentary about her life for her.

However, it is painting that has kept Novak going.

“I find my art is very prolific since my husband passed,” said Novak. “I have a sense of him looking over my shoulder and watching me with that little smile on his face.”

Novak, who was once hailed as the number one box office star, said goodbye to Hollywood at the height of her career in 1966. She currently resides in Southern Oregon surrounded by animals and nature. In 2021 her book “Kim Novak: Her Art and Life,” was released, featuring her work and personal reflections on her from over the years. At that time, Novak explained to Fox News Digital why she left Hollywood.

ELVIS PRESLEY BECAME A ROCK ‘N’ ROLL ICON WITH THE HELP OF MEMPHIS CLOTHIER: ‘THAT CHANGED EVERYTHING’

Kim Novak rose to fame as a Hitchcock blonde.
(Photo by Sunset Boulevard/Corbis via Getty Images)

“I felt it was getting dangerous,” said Novak. “I just felt like I was losing myself to all the characters and into the Hollywood scene. I suddenly became aware of that. Then I didn’t want that to happen to me. I felt like I needed to stay by myself. I had that same feeling for a while and I actually wanted to leave a couple of years before [I finally did]. And then the mudslides came. I lost my house. I lost everything. I thought, ‘This is the opportunity to make my move.’ I took it as a sign.”

“I already had a house in mind,” Novak shared. “I did a movie with Jack Lemmon [‘The Notorious Landlady’]. I saw a house for sale and I bought it the day before I left. I had never been inside the house. I just walked around it. It was right by the ocean. I just felt that this was meant for me. And I finally did it. I rented a car, packed up and took off. I just had to do it. Art has always been my safe haven in Hollywood and I had yearned to get back to it. It saved me from being a total failure in school. So it has always rescued me.”

Novak also noted that she felt “dazzled and disturbed” to see herself as a sex symbol on the big screen.

“Well, it was exciting to put on glamorous clothes and see yourself in the mirror looking like that,” she said. “But it was scary too. It was like, ‘Do I really want to be that? What would my parents think? I don’t want to fall in love with that person.’ I didn’t want to love myself solely because I was an image of glamour. I didn’t want to put on all these glamorous clothes and rely on them to be myself. I didn’t want to rely on being beautiful. Now, it’s wonderful. I don’t have to be young, and I don’t have to be glamorous. I’m just creating. I’m creating something and not just looking at myself.”