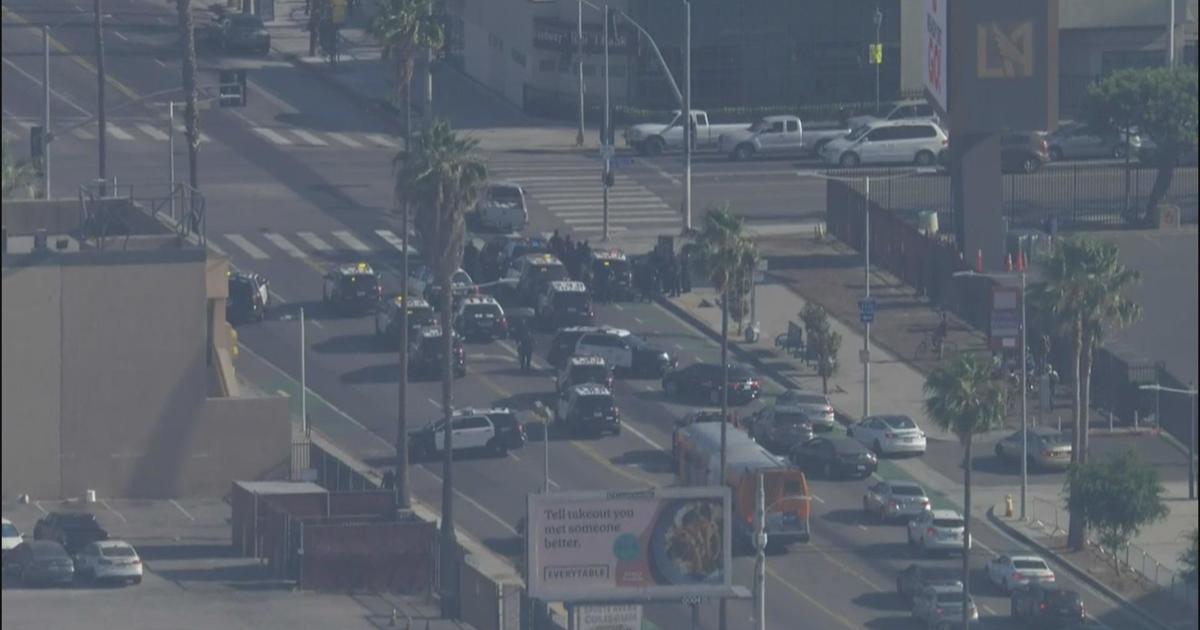 The Los Angeles Police Department was in pursuit of a stolen pickup truck near Exposition Park.

The pursuit began in South Los Angeles and moved to the corner of Figueroa Street and Martin Luther King Boulevard, right next to Exposition Park. The suspect briefly stopped at the intersection with about a dozen LAPD cruisers right behind her. After stopping inexplicably, the suspect continued to slowly drive down Figueroa Street as officers continued to follow.

Shortly after continuing the pursuit, the suspect rear-ended a bystander’s SUV and stopped briefly again before driving off slowly. She then drove over a spike strip before stopping for the final time.

The suspect refused to exit her pickup truck, even though a small fire had begun under her back right tire and police began to deploy less-lethal equipment.

After about an hour-long standoff, police deployed gas into the suspect’s vehicle before approaching her and dragging her out of the pick-up truck.

Police then detained her, finally ending the pursuit and standoff